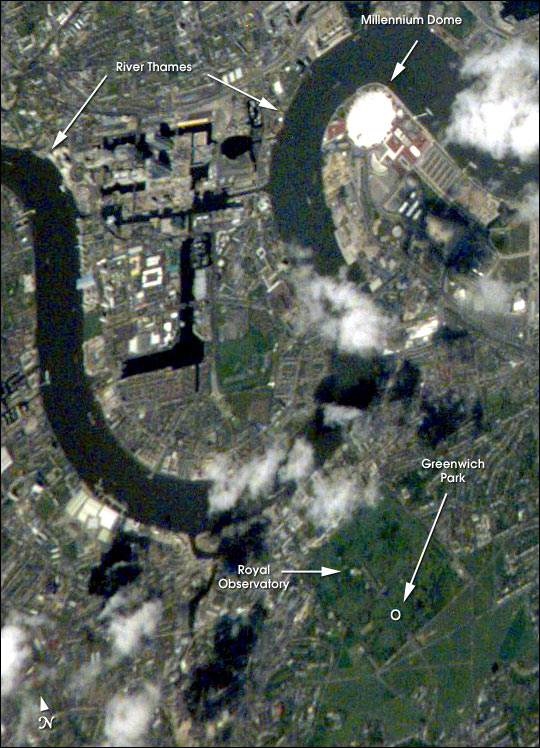 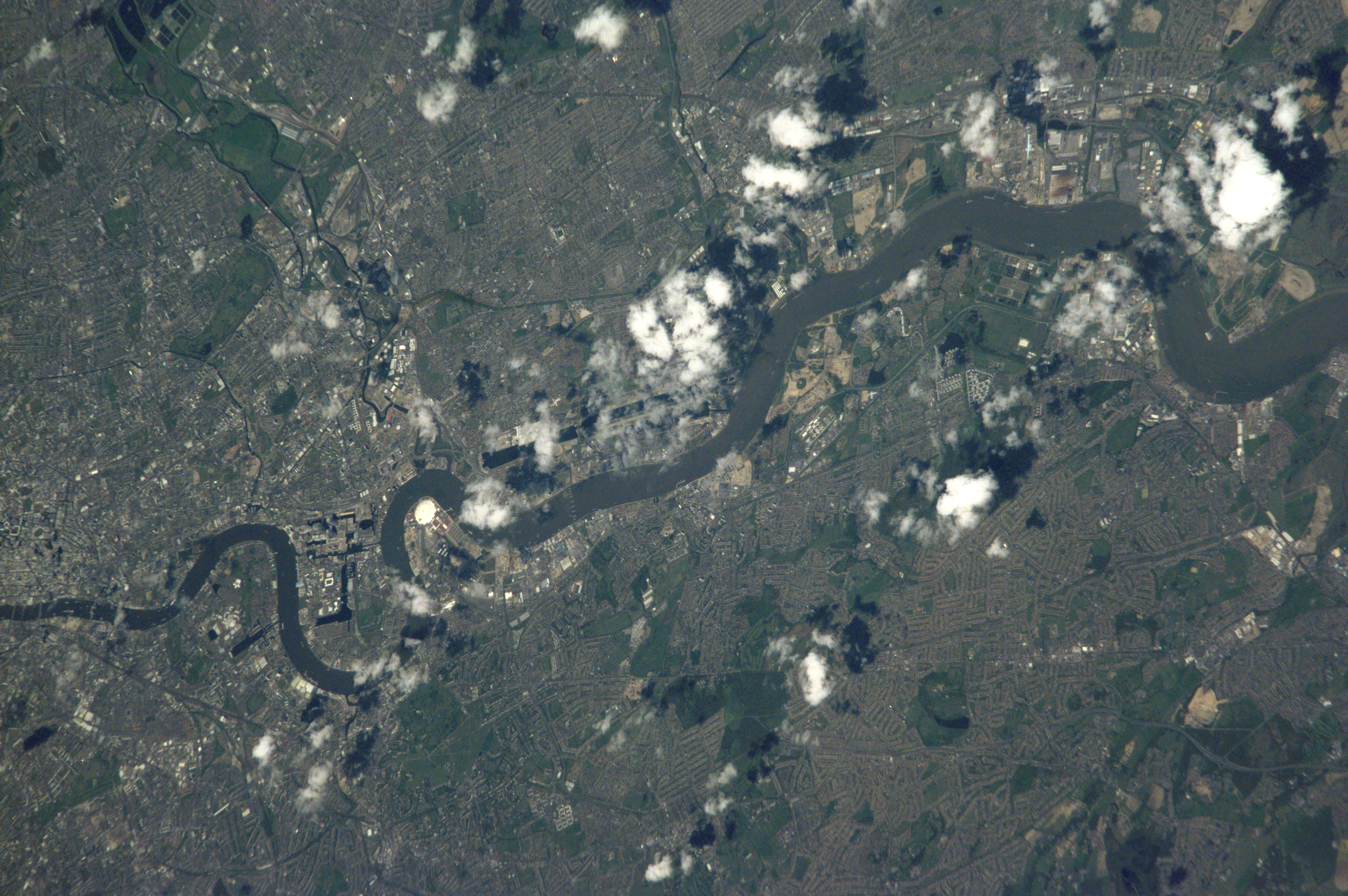 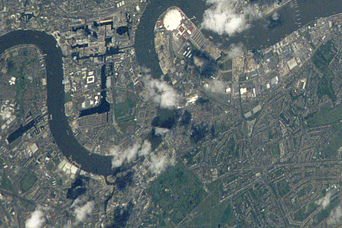 Greenwich is situated on the south shore of a sharp bend in the River Thames, just southeast of the City of London and is part of Greater London. Here is located the world famous Royal Observatory where the Prime Meridian, dividing East and West Longitude, was defined by international agreement in 1884.

Digital photograph number ISS002-ESC-6638 was taken on 8 May 2001 from the Space Station Alpha and was provided by the Earth Sciences and Image Analysis Laboratory at Johnson Space Center. Additional images taken by astronauts and cosmonauts can be viewed at the NASA-JSC Gateway to Astronaut Photography of Earth.