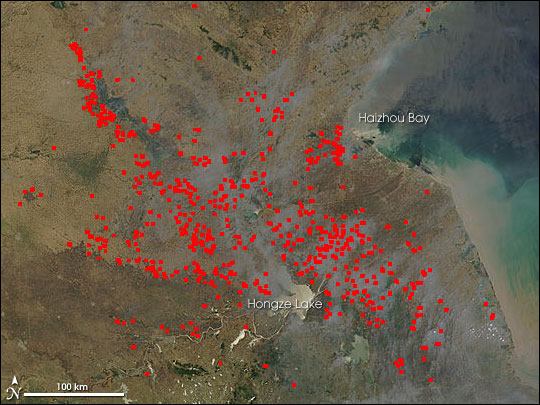 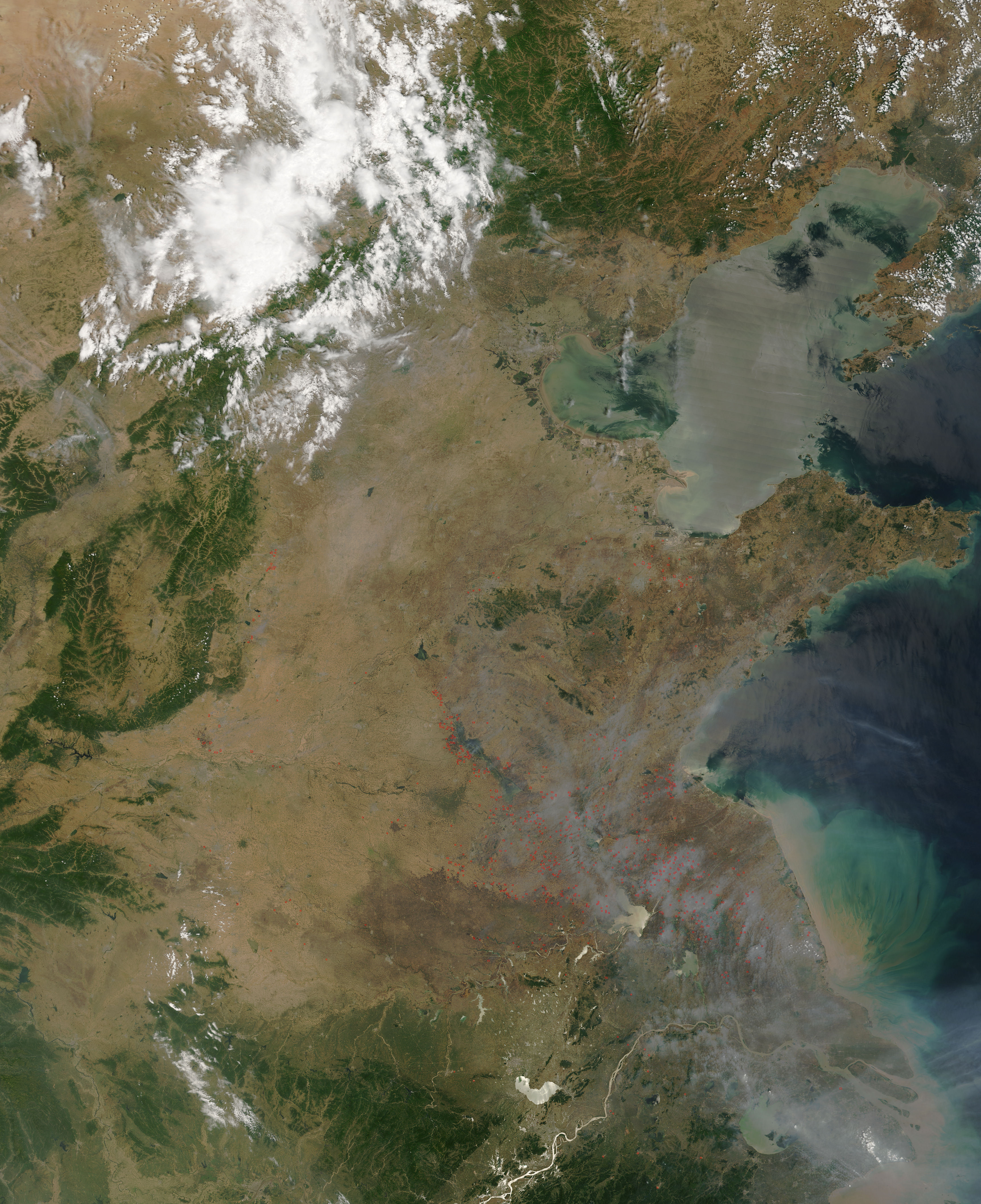 Scores of active fires were burning in the southern Shandong (top part of image), Anhui (lower left), and Jiangsu (lower right) provinces of eastern China on June 11, 2006. This Moderate Resolution Imaging Spectroradiometer (MODIS) image from the Terra satellite shows active fire locations marked in red. Grayish smoke hangs over the center of the scene. According to reports from the USDA Foreign Agricultural Service, the region’s winter wheat harvest is wrapping up, and these fires may be for post-harvest clean-up of fields. Below image center, sun glints brightly off Hongze Lake, while in the Yellow Sea south of Haizhou Bay, yellow-brown sediment fans out from the coast. A related image of this region showing dust, smoke, and fires is included in the Natural Hazards: Dust and Smoke section.

The high-resolution image provided above has a spatial resolution of 250 meters per pixel. The MODIS Rapid Response System provides this image in additional resolutions and formats.