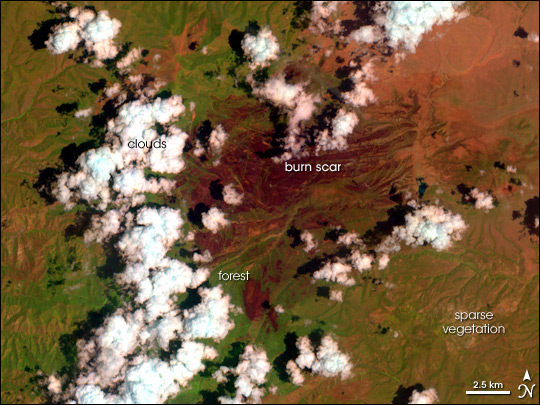 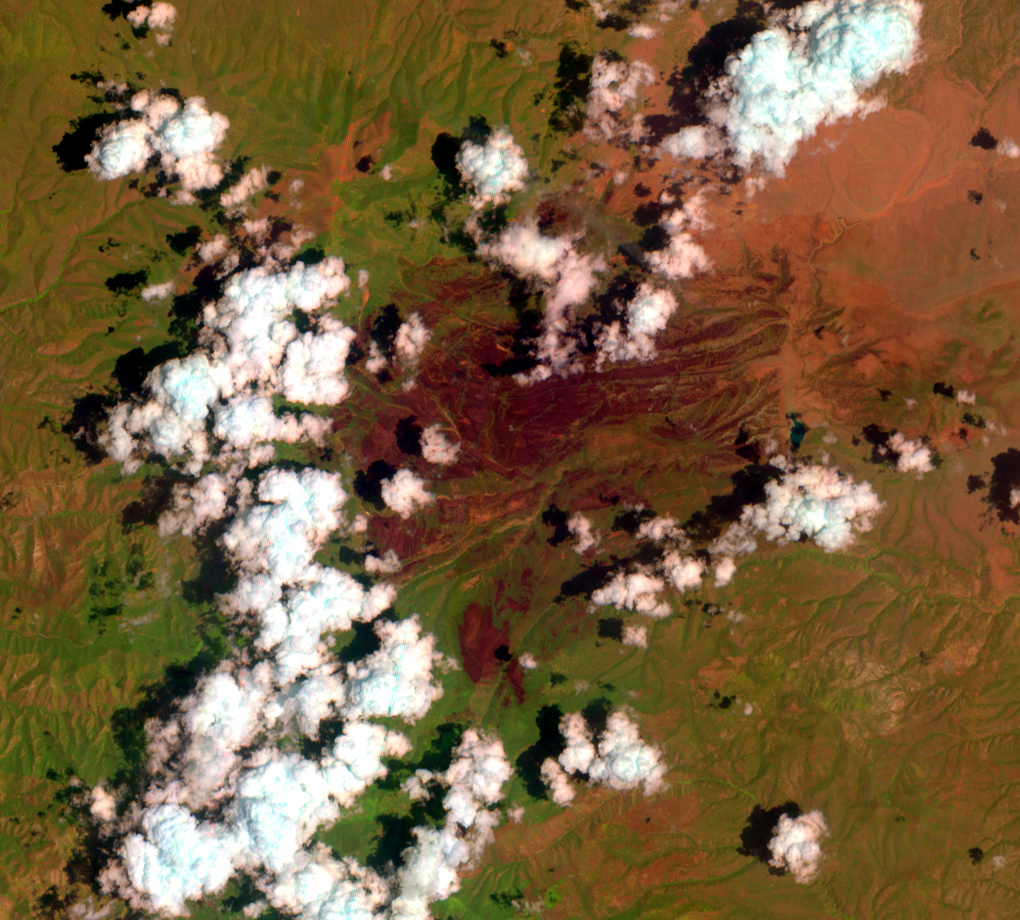 Nearly two weeks after it started, the Bear Fire had burned 51,307 acres of mixed conifer forest in western New Mexico’s Gila National Forest, said the National Interagency Fire Center in its July 3, 2006, report. The fire was about 95 percent contained when the Advanced Land Imager (ALI) on NASA’s EO-1 satellite captured this false-color image on June 30, 2006. (The image is made from ALI’s observations of shortwave infrared, near-infrared, and blue light to make the burn scar more obvious than it would be in a photo-like image.) The newly burned area is deep reddish-brown, while the surrounding unburned vegetation is bright green. Places of naturally bare ground (or very sparse vegetation) appear orange. Clouds float overhead and cast black shadows to their west. No large plumes of smoke or glowing fire fronts indicated that the fire was still burning. The fire was detected on June 19. The Forest Service reports that it was started when a campfire burned out of control.