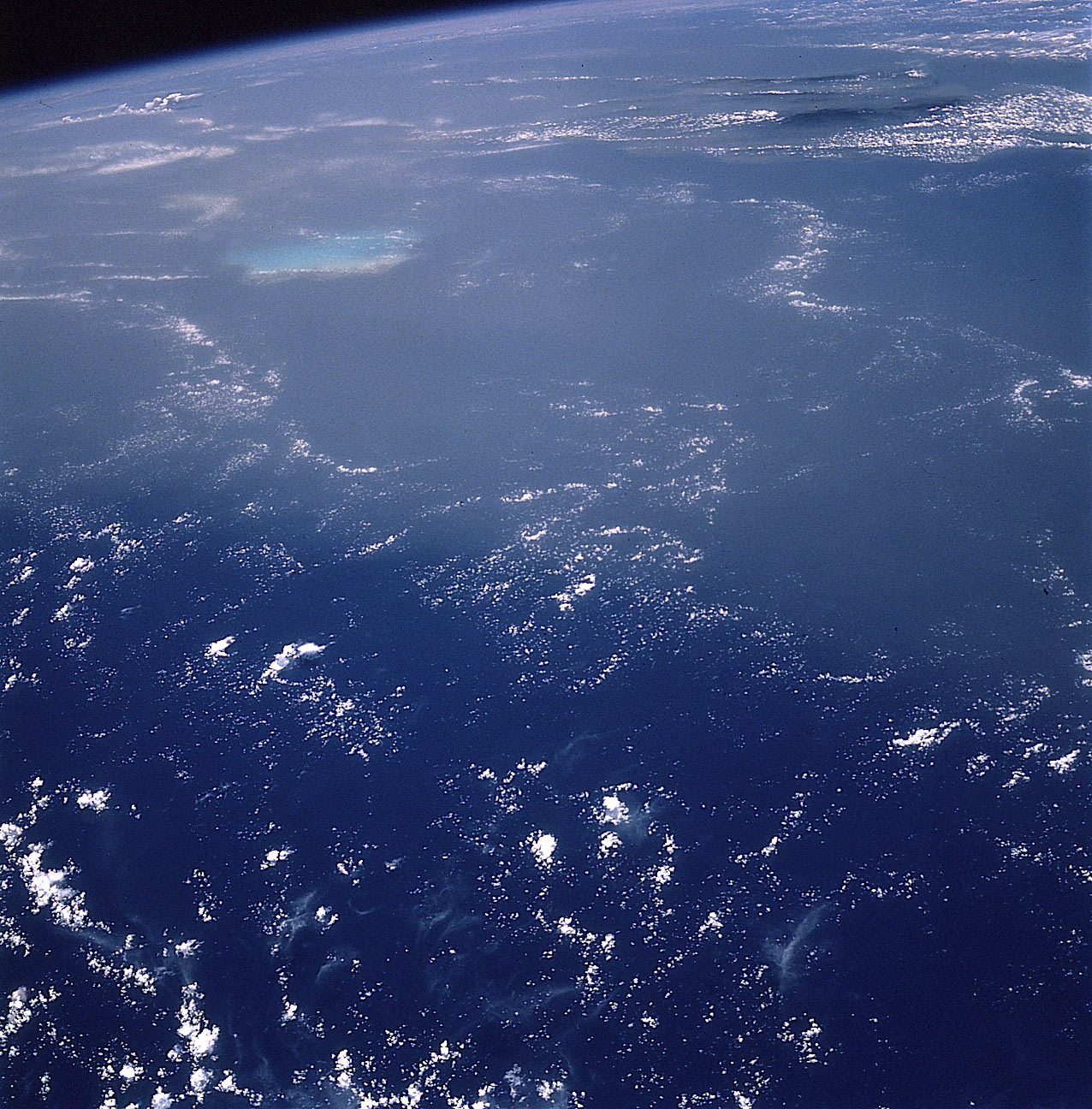 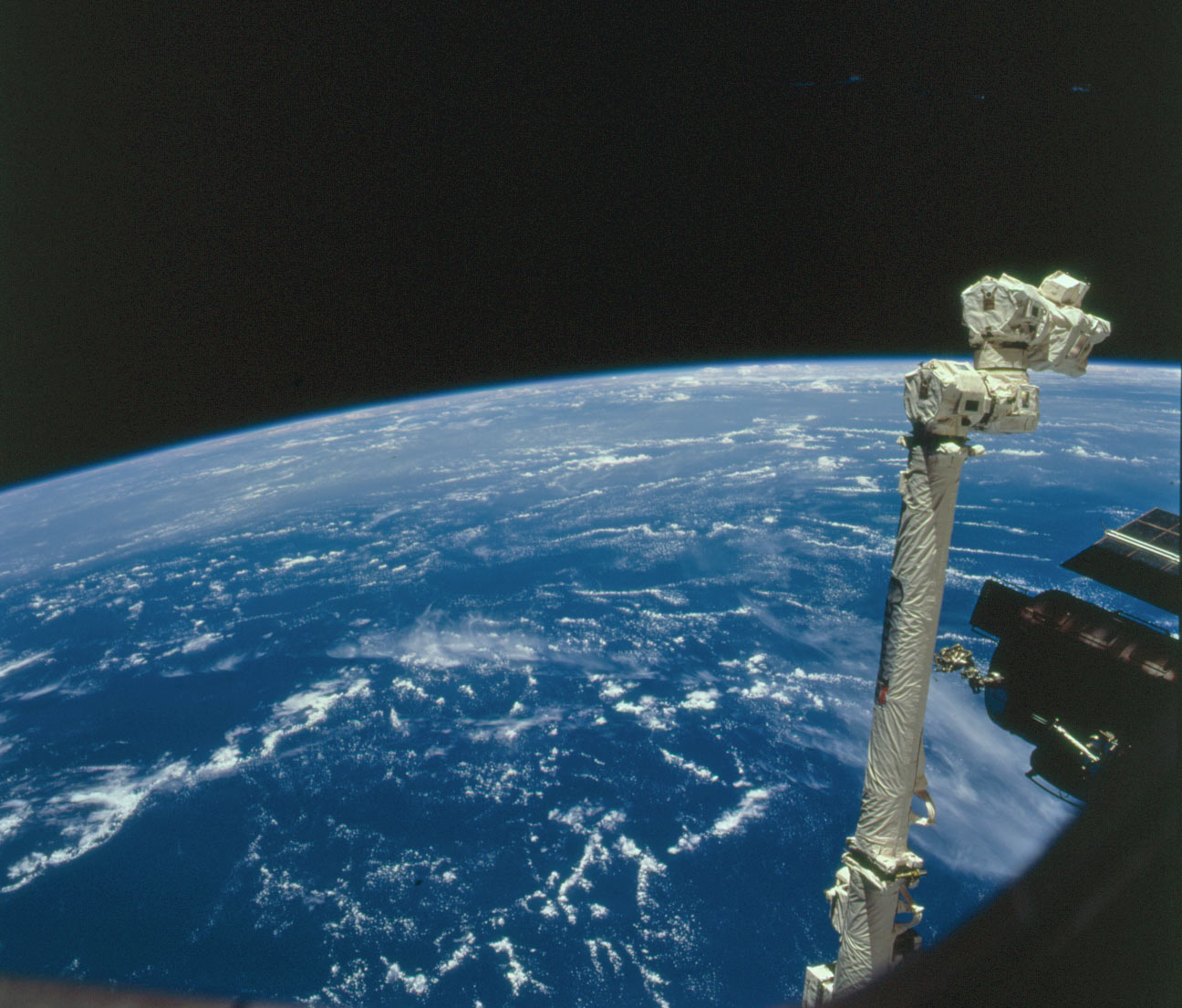 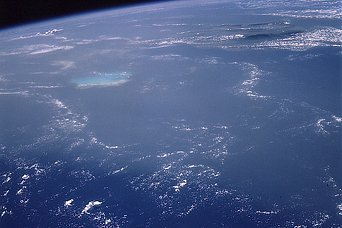 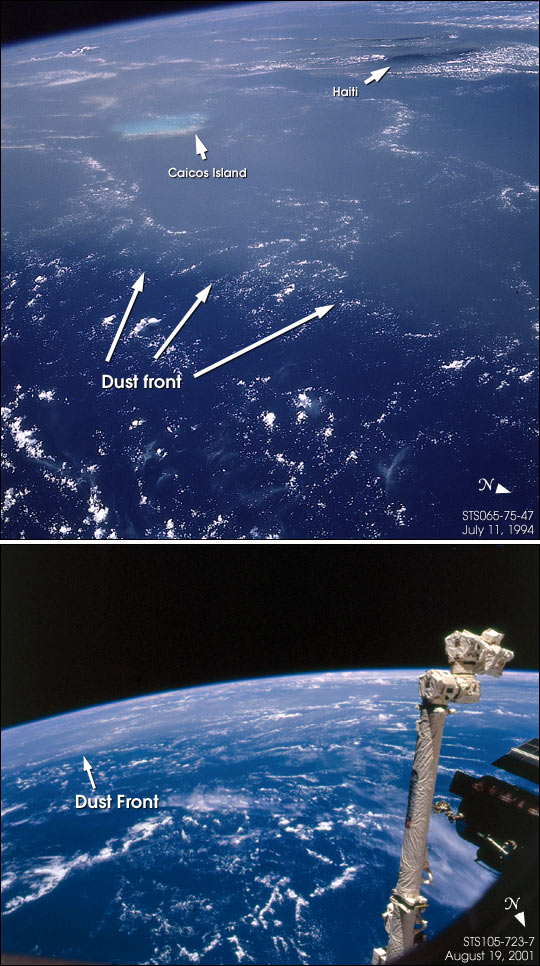 African Dust Blows over the Caribbean

Shuttle astronauts frequently track Saharan dust storms as they blow from north Africa across the Atlantic Ocean. Dust palls blowing from Africa take about a week to cross the Atlantic. Recently, researchers have linked Saharan dust to coral disease, allergic reactions in humans, and red tides. The top photograph, a classic image showing African dust over the Caribbean, was taken at a time when few scientists had considered the possibility. The image was taken by Space Shuttle astronauts on July 11, 1994. This photograph looks southwest over the northern edge of a large trans-Atlantic dust plume that blew off the Sahara desert in Africa. In this view, Caicos Island in the Bahamas and the mountainous spines of Haiti are partly obscured by the dust. Closer to the foreground, (about 26 degrees north latitude), the skies are clear.

This image originally appeared in the NASA Earth Observatory story African Dust Blows over the Caribbean.

Images provided by the Earth Sciences and Image Analysis Laboratory at Johnson Space Center. Additional images taken by astronauts and cosmonauts can be viewed at the NASA-JSC Gateway to Astronaut Photography of Earth.