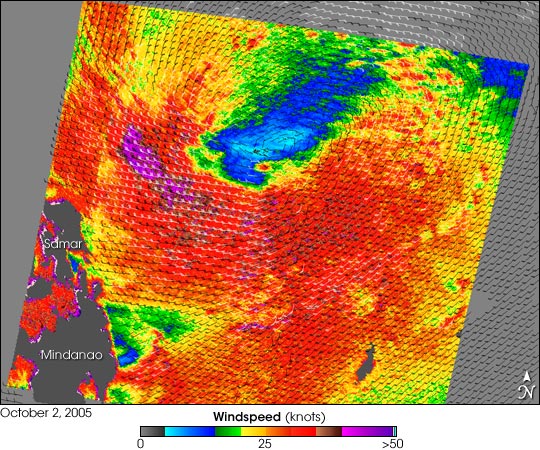 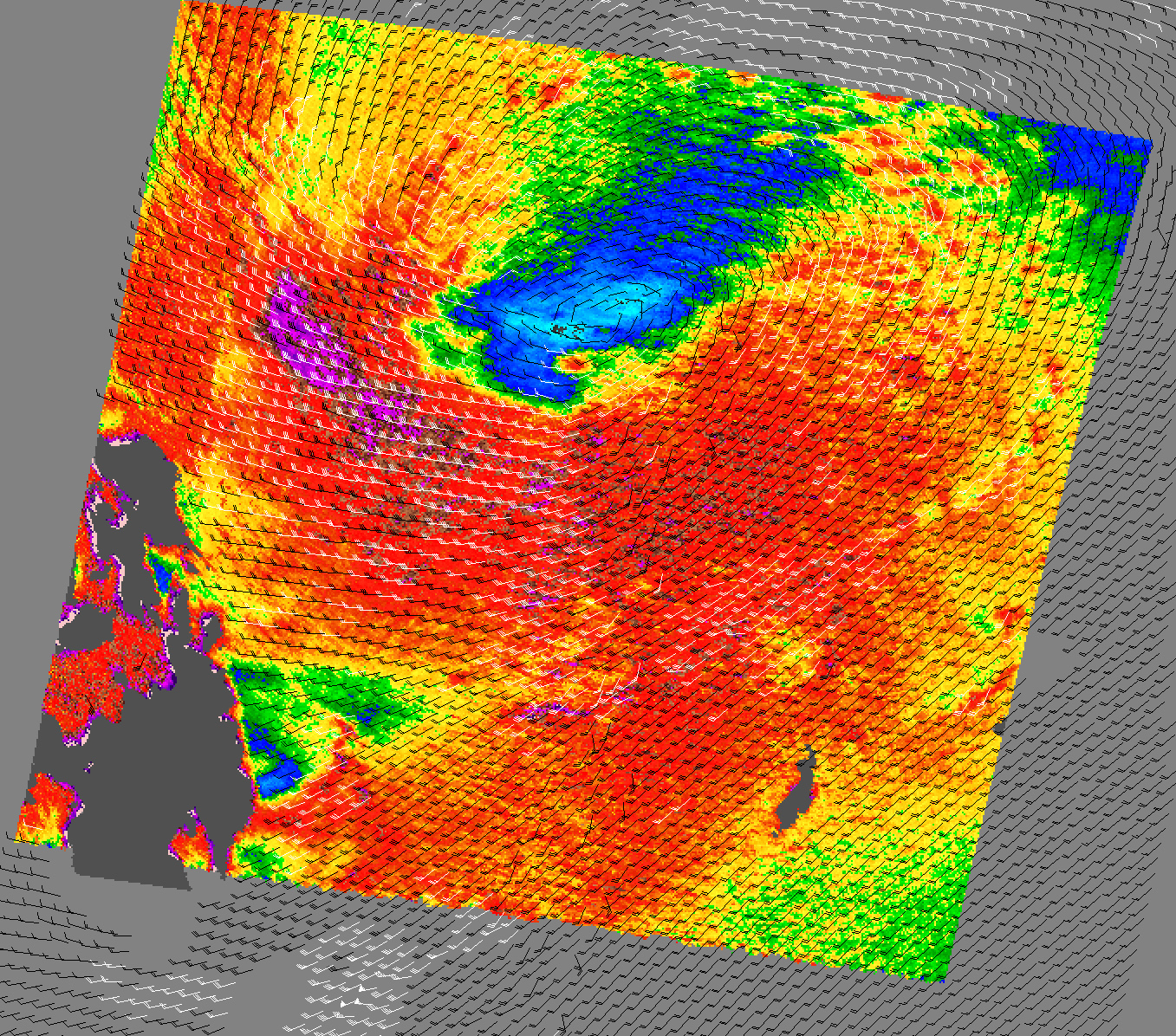 Tropical Storm Bebinca formed as a tropical depression (area of low air pressure) early in the morning on October 1, 2006, east of the Philippines. Over the course of the next day, the depression gradually moved north and east away from the island chain and gained enough power to become a storm and earn a name. Despite moving farther offshore into the Pacific, Bebinca was largely staying over waters recently cooled by the powerful Typhoon Xangsane, which formed in the same general area approximately a week before Bebinca. The storm system was not expected to develop into a typhoon as of October 5, according to the University of Hawaii’s Tropical Storm Information Center.

This data visualization shows Bebinca just as the depression was becoming strong enough to be classified as a tropical storm. The image depicts wind speed in color and wind direction with small barbs. White barbs point to areas of heavy rain. The data were obtained by NASA’s QuikSCAT satellite on October 2, 2006, at 09:16 UTC (5:16 p.m. local time). Bebinca appears to be quite asymmetrically shaped at this time, with wind-direction barbs showing that the center of the storm has an area of relatively calm winds, while more intense winds are located in the southwestern portion of the storm. The center, or eye, of the storm is well-defined by wind direction, but the wind speeds are not symmetrical. Weak winds around the storm’s center show that the storm system does not have the classic eye and eyewall of a typhoon, which a more intense storm would have.

QuikSCAT employs a scatterometer, which sends pulses of microwave energy through the atmosphere to the ocean surface, and measures the energy that bounces back from the wind-roughened surface. The energy of the microwave pulses changes depending on wind speed and direction, giving scientists a way to monitor wind around the world. This technique does not work over land, and hence the lack of measurements over the Philippine Islands shown here.