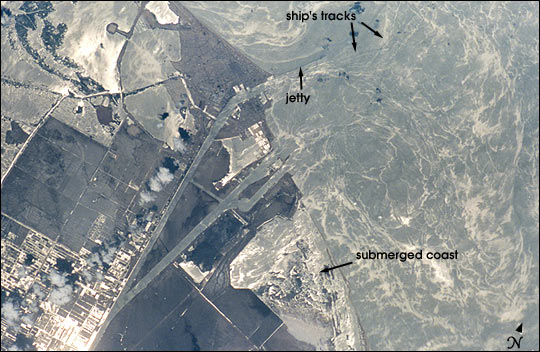 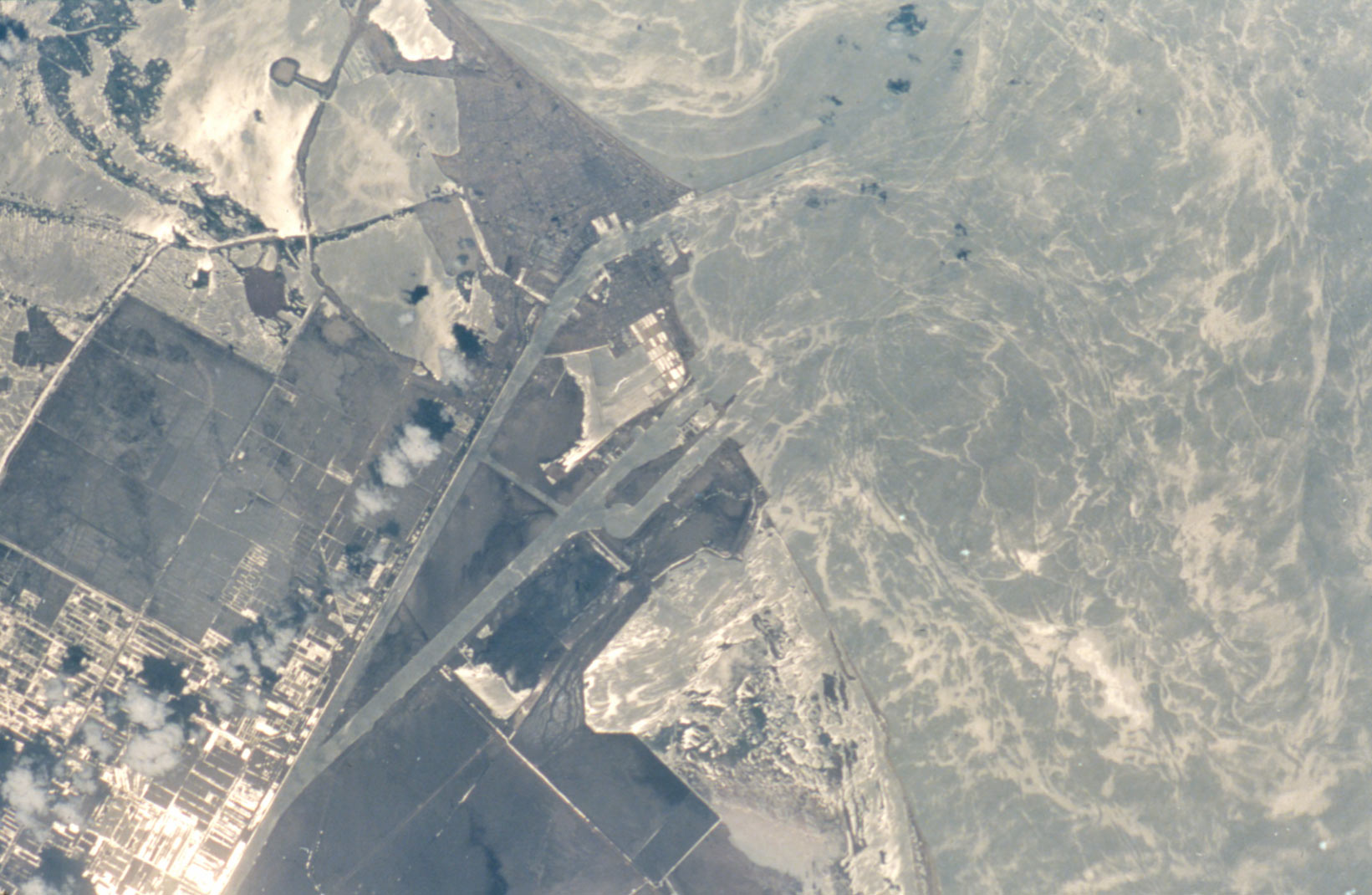 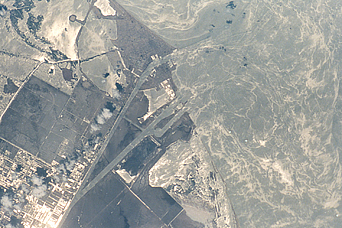 Biogenic Films at the Mouth of the Suez Canal

Astronauts aboard the Space Shuttle Discovery used the sunglint off the surface of the Mediterranean Sea to reveal biogenic films on the ocean surface (“Biogenic film” refers to a thin layer of biologically-produced film resting on the surface.). The films dampen surface capillary waves, creating brighter and darker reflections, which, in turn, trace the complex surface water movements along the coast. The sunglint also highlights coastal features (jetties, submerged costal areas) near the Port of Suez.

This image originally appeared in the NASA Earth Observatory story Biogenic Films at the Mouth of the Suez Canal.

Image STS105-331-18, taken in August 2001, was provided by the Earth Sciences and Image Analysis Laboratory at Johnson Space Center. Additional images taken by astronauts and cosmonauts can be viewed at the NASA-JSC Gateway to Astronaut Photography of Earth.