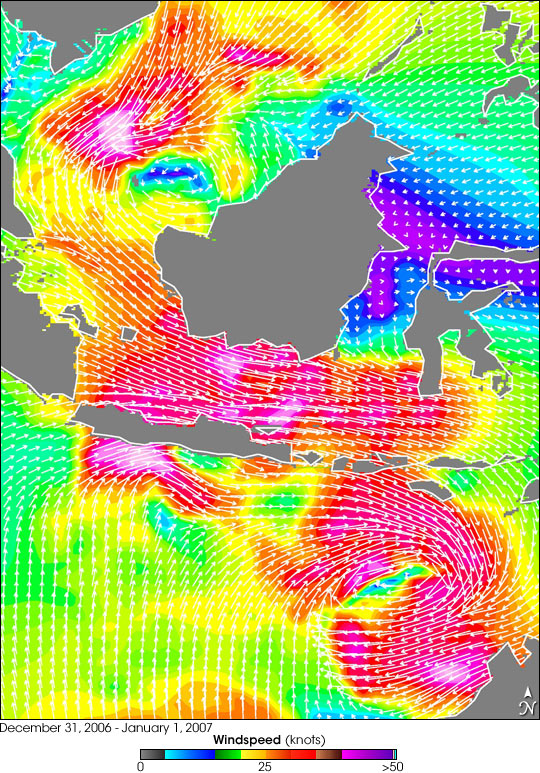 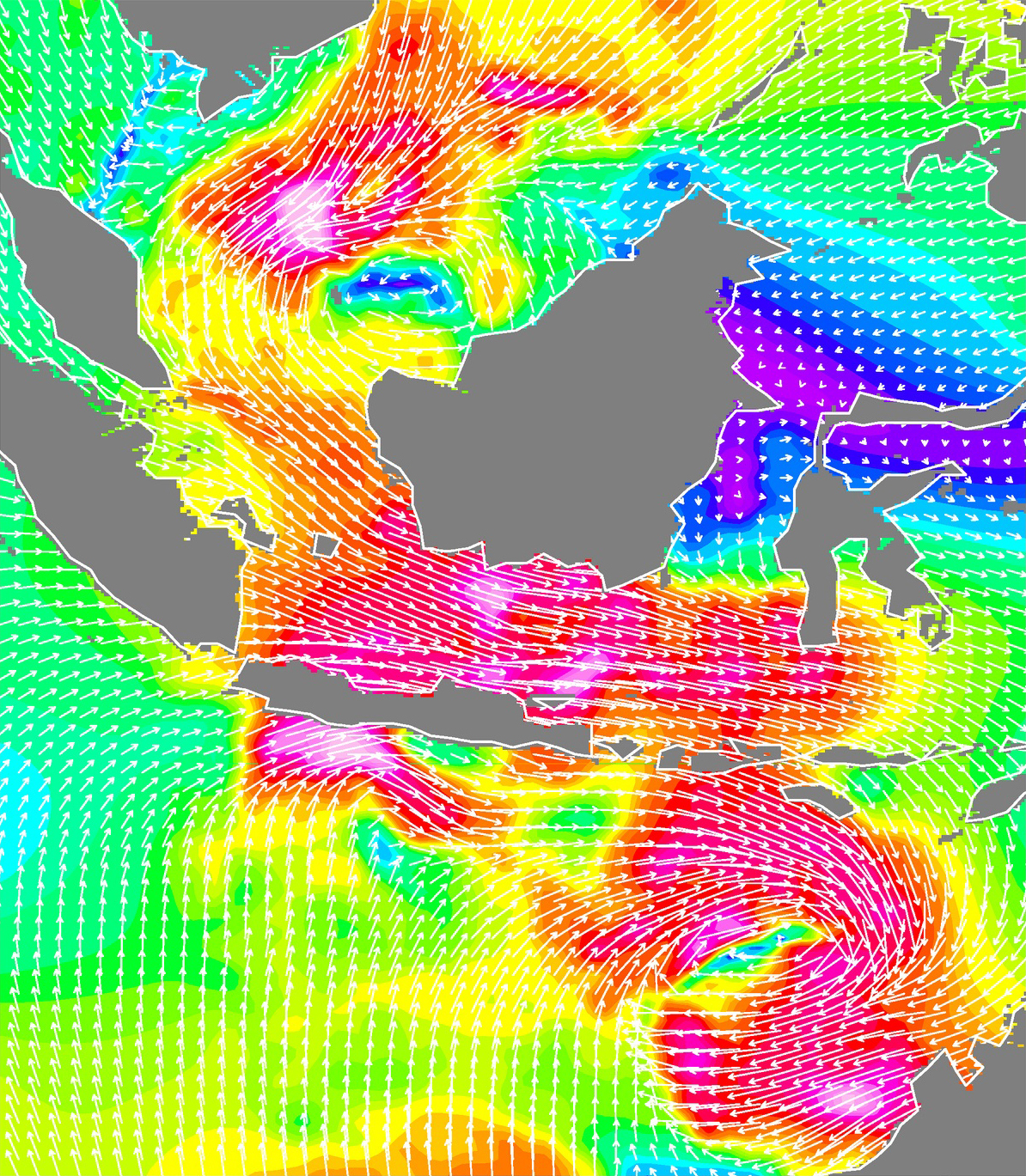 Storms in the Java Sea

A ferry carrying more than 600 passengers sank in the Java Sea between the islands of Borneo (image center) and Java (to the south-southwest) just before midnight on December 29, 2006, during high winds and rough seas. On January 1, 2007, a plane carrying more than 100 people crashed on its flight over the Java Sea; high winds and turbulent weather are being investigated as possible causes. The origin of surges of deadly wind in this usually relatively calm region are poorly understood, and the area is not well-monitored with traditional weather equipment. Ocean winds data from NASA’s QuikScat satellite may help improve monitoring and understanding of unusual weather in the area.

Data obtained from QuikScat on December 30 and January 1 shed new insights into the atmospheric conditions at the time of the tragic incidents described above. In this image from January 1, the different colors reveal different wind speeds. White arrows are wind vectors showing both direction and speed. The data from December 30 and January 1 showed that the strong winds in the Java Sea originated from the surge of a strong winter monsoon from the Asian continent. The monsoon winds blew south across the South China Sea and deflected eastward after they crossed the equator due to the rotation of Earth. The winds in the Java Sea remained strong through January 1, 2007.

Associated with the eastward winds, twin cyclones were also observed by QuikScat. (A cyclone is any large-scale atmosphere circulation around a region of low air pressure. The systems spin counter-clockwise in the Northern Hemisphere and clockwise in the Southern Hemisphere.) The stronger cyclone was south of the equator (summer hemisphere) between Java and Australia, and a weaker one was north of the equator (winter hemisphere) west of Borneo.

QuikScat measures ocean surface wind speed by sending radar pulses to the surface and measuring the strength of the signals that return to the sensor. The sensor’s wide-scale observations make it possible for scientists to interpret local weather events, such as the recent high wind outbreak in the Java Sea region, in the context of the large-scale atmospheric circulation and to confirm connections between the two. QuikScat data are available in near-real time to operational weather forecasting agencies around the world.