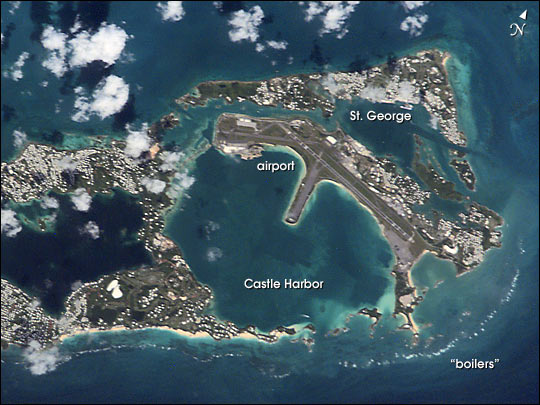 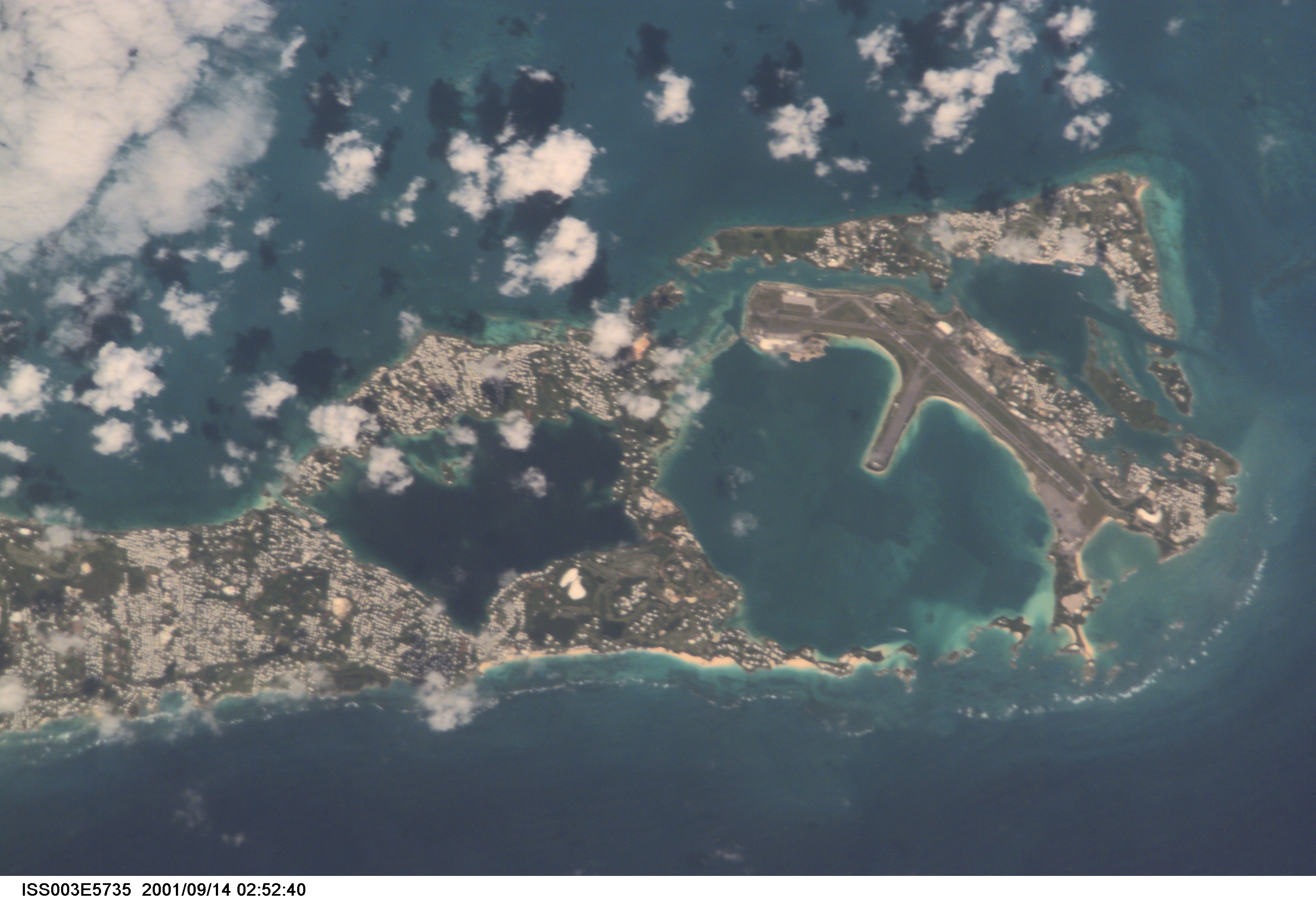 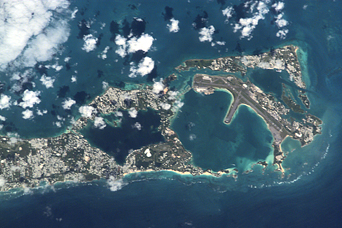 "Boilers" along the southeast coast of Bermuda

Along the south shore of Bermuda, waves break continuously along algal/vermetid reefs (composed of algae and molluscs, not coral), forming “boilers.” Boilers are named because the continuous breaking of waves makes it look as if the sea is boiling. This photograph taken from the International Space Station shows the eastern half of the main islands of Bermuda. Land use is about 6 percent cropland, 55 percent developed and 34 percent rural. Reflective white-colored areas are buildings and other developments surrounded by green areas of vegetation. St. David’s Island is also home to the airport, with runways built out into Castle Harbour.

This image originally appeared in the NASA Earth Observatory story "Boilers" along the southeast coast of Bermuda.

Image ISS003-E-5735, was provided by the Earth Sciences and Image Analysis Laboratory at Johnson Space Center. Additional images taken by astronauts and cosmonauts can be viewed at the NASA-JSC Gateway to Astronaut Photography of Earth.