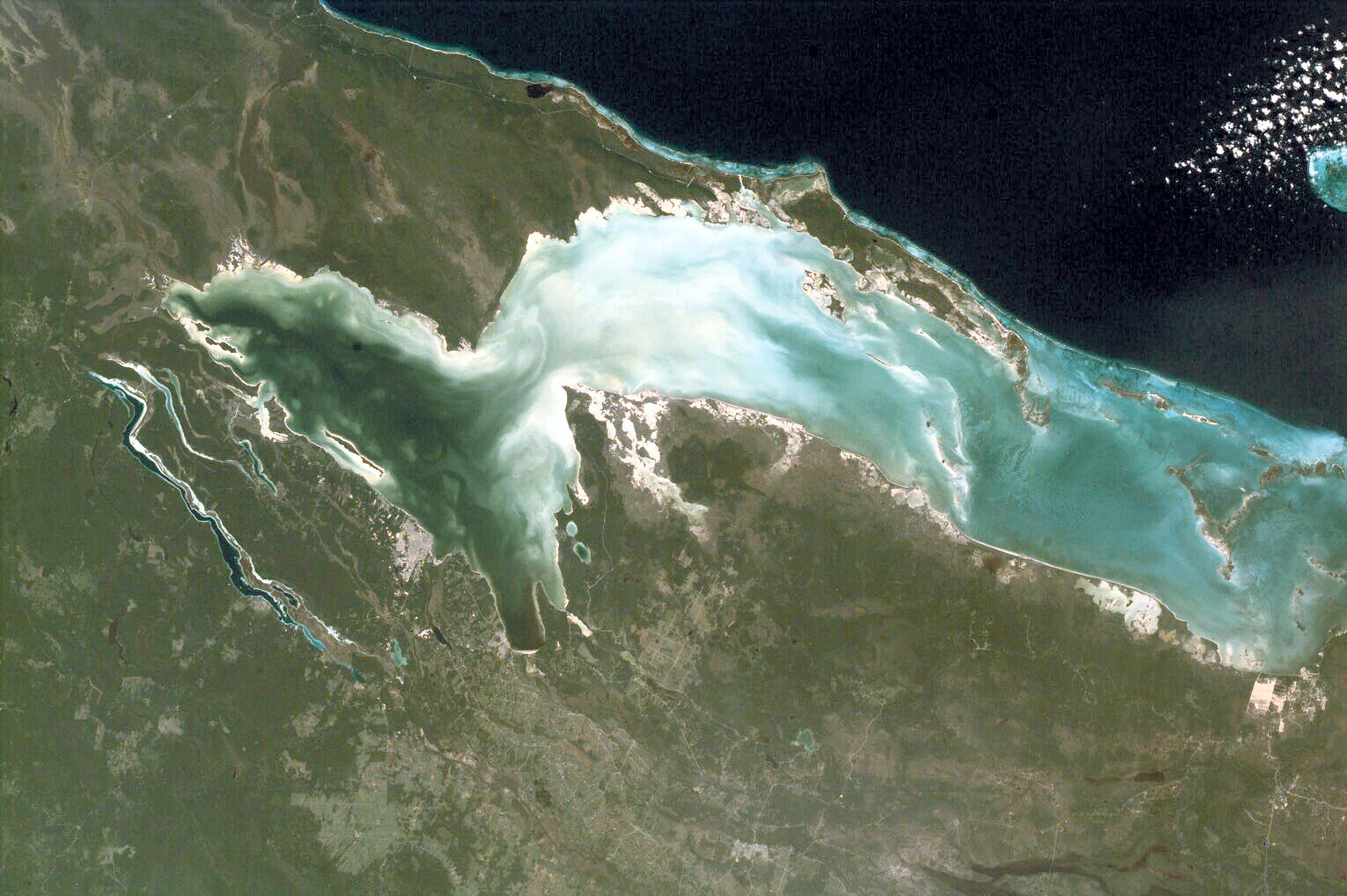 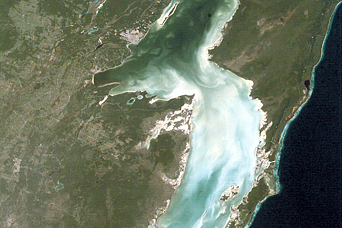 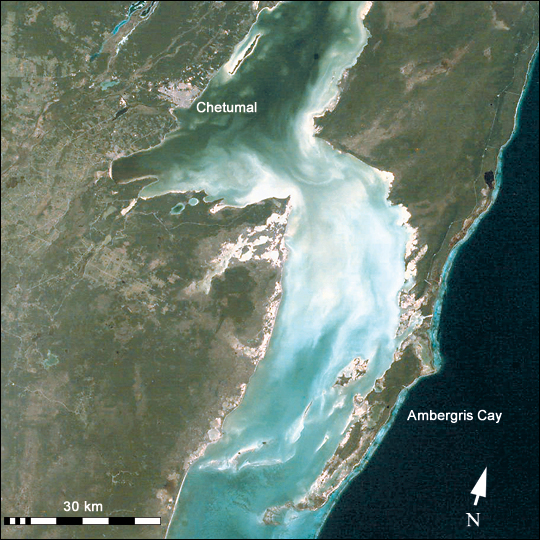 Chetumal Bay lies on the Border between Mexico and Belize. To the east of the bay, Ambergris Cay connects the Belize Barrier Reef to the Yucatan Peninsula. The north of the island is Bacalar Chico Marine Reserve. Here, the barrier reef comes very close to the east side of the island. In 1998, reefs in Belize were hit by two major events that led to heavy coral mortality: El Niño-related coral bleaching and Hurricane Mitch.

Image courtesy Earth Sciences and Image Analysis Laboratory at Johnson Space Center. Additional images taken by astronauts and cosmonauts can be viewed at the NASA-JSC Gateway to Astronaut Photography of Earth.