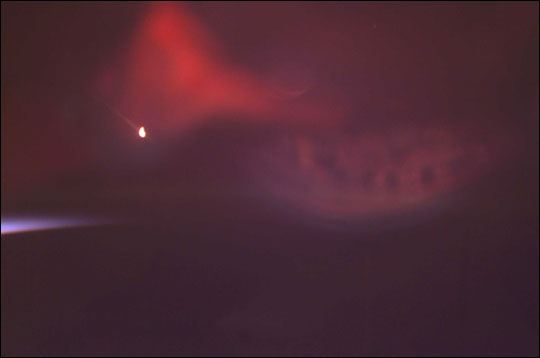 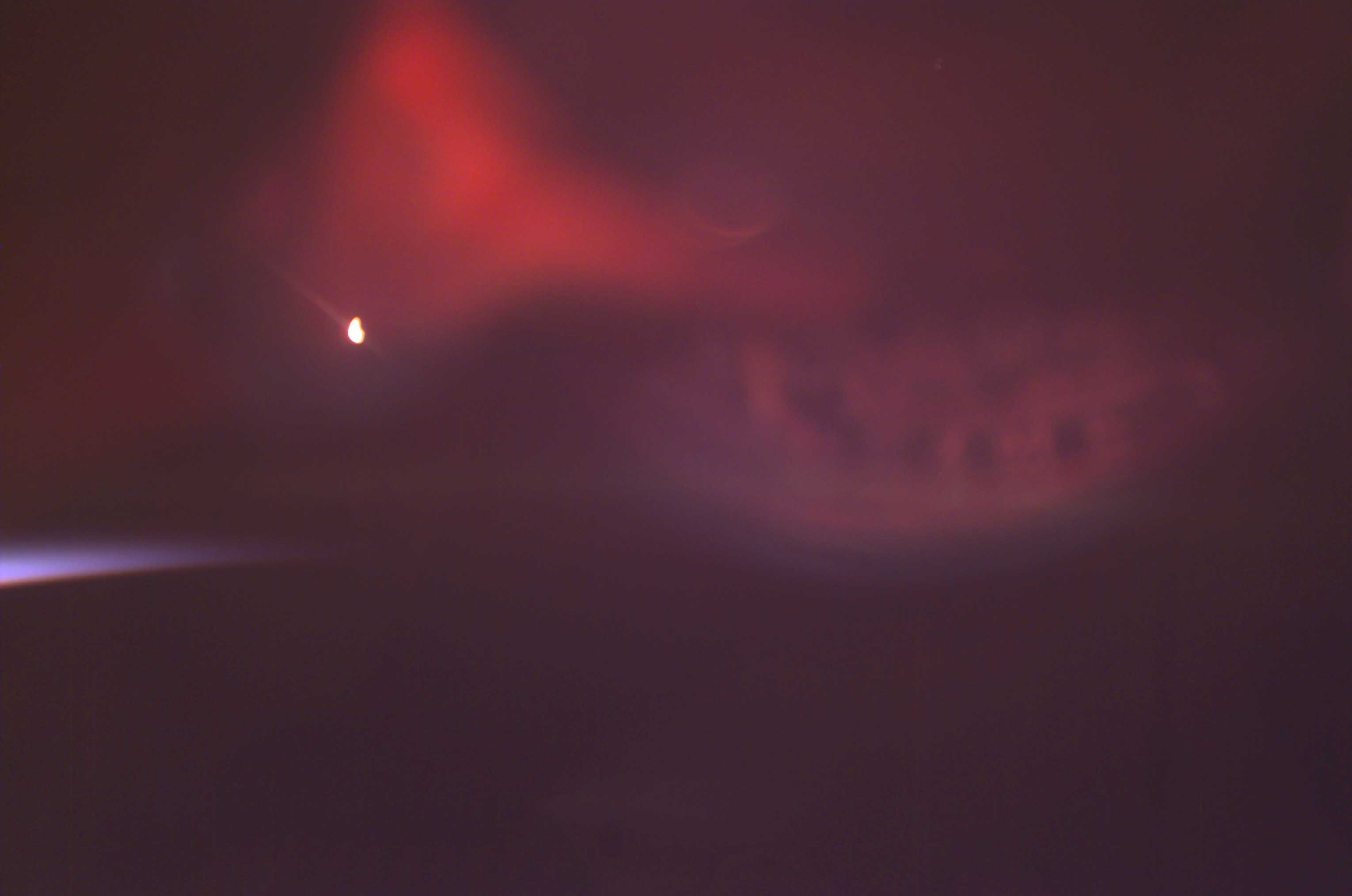 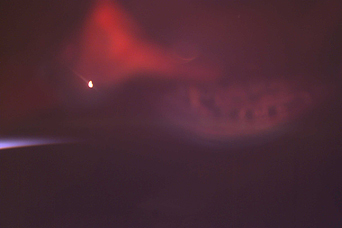 Red Aurora as Seen from the Space Station

Red colors of the aurora are dominant in this image captured by a digital still camera in September 2001. Auroras are caused when high-energy electrons pour down from the Earth’s magnetosphere and collide with atoms. Red aurora occurs from 200 km to as high as 500 km altitude and is caused by the emission of 6300 Angstrom wavelength light from oxygen atoms.

This image originally appeared in the NASA Earth Observatory story Red Aurora as Seen from the Space Station.

Image ISS003-E-6816 was provided by the Earth Sciences and Image Analysis Laboratory, Johnson Space Center. Additional images taken by astronauts can be viewed at NASA-JSC's Gateway to Astronaut Photography of Earth.