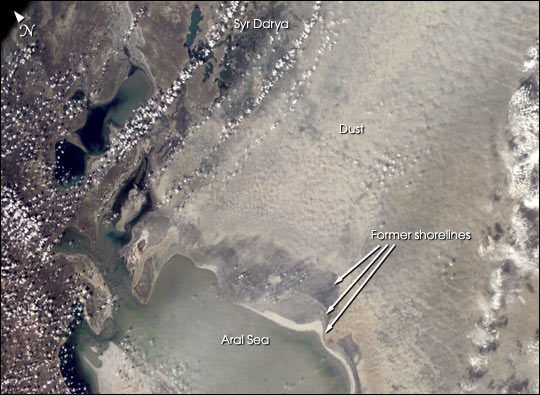 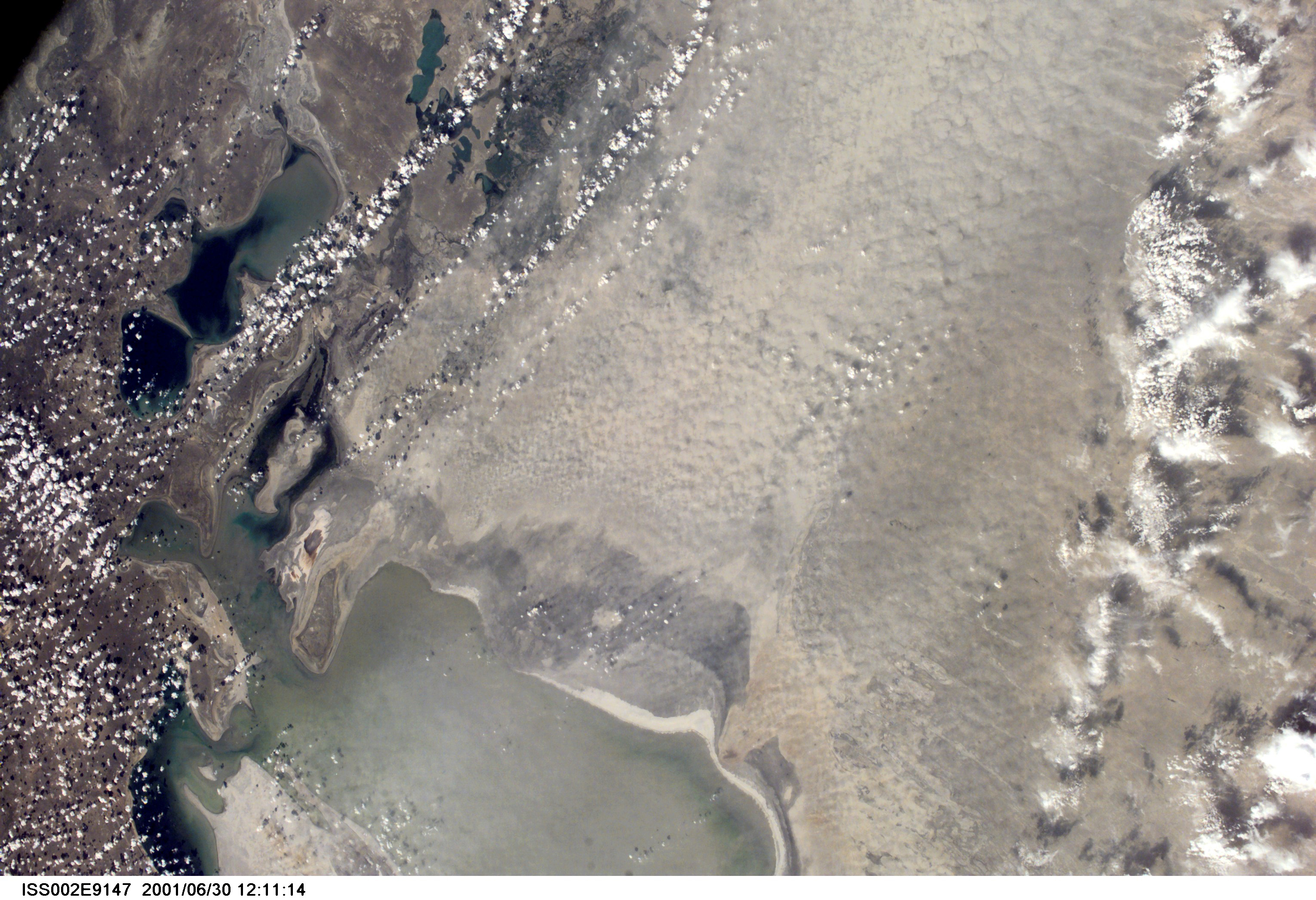 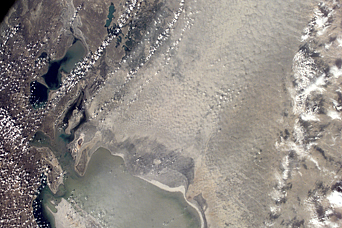 The Aral Sea has shrunk to less than half its size since 1985. It receives little water (sometimes none) from the two major rivers that empty into it—the Syr Darya and Amu Darya. Instead, the river water is diverted to support irrigation for the region’s extensive cotton fields. Recently, water scarcity has increased due to a prolonged drought in Central Asia. As the Aral Sea recedes, its former seabed is exposed. The Aral’s sea bed is composed of fine sediments—including fertilizers and other agricultural chemicals—that are easily picked up by the region’s strong winds, creating thick dust storms. The International Space Station crew observed and recorded a large dust storm blowing eastward from the Aral Sea in late June 2001. This image illustrates the strong coupling between human activities (water diversions and irrigation), and rapidly changing land, sea and atmospheric processes—the winds blow across the Sea and pick up dust (former sea bottom sediments) as soon as the blowing air masses hit land.

Digital photograph number ISS002-E-9147 was taken on 30 June 2001 from Space Station Alpha and was provided by the Earth Sciences and Image Analysis Laboratory at Johnson Space Center. Additional images taken by astronauts and cosmonauts can be viewed at the NASA-JSC Gateway to Astronaut Photography of Earth.