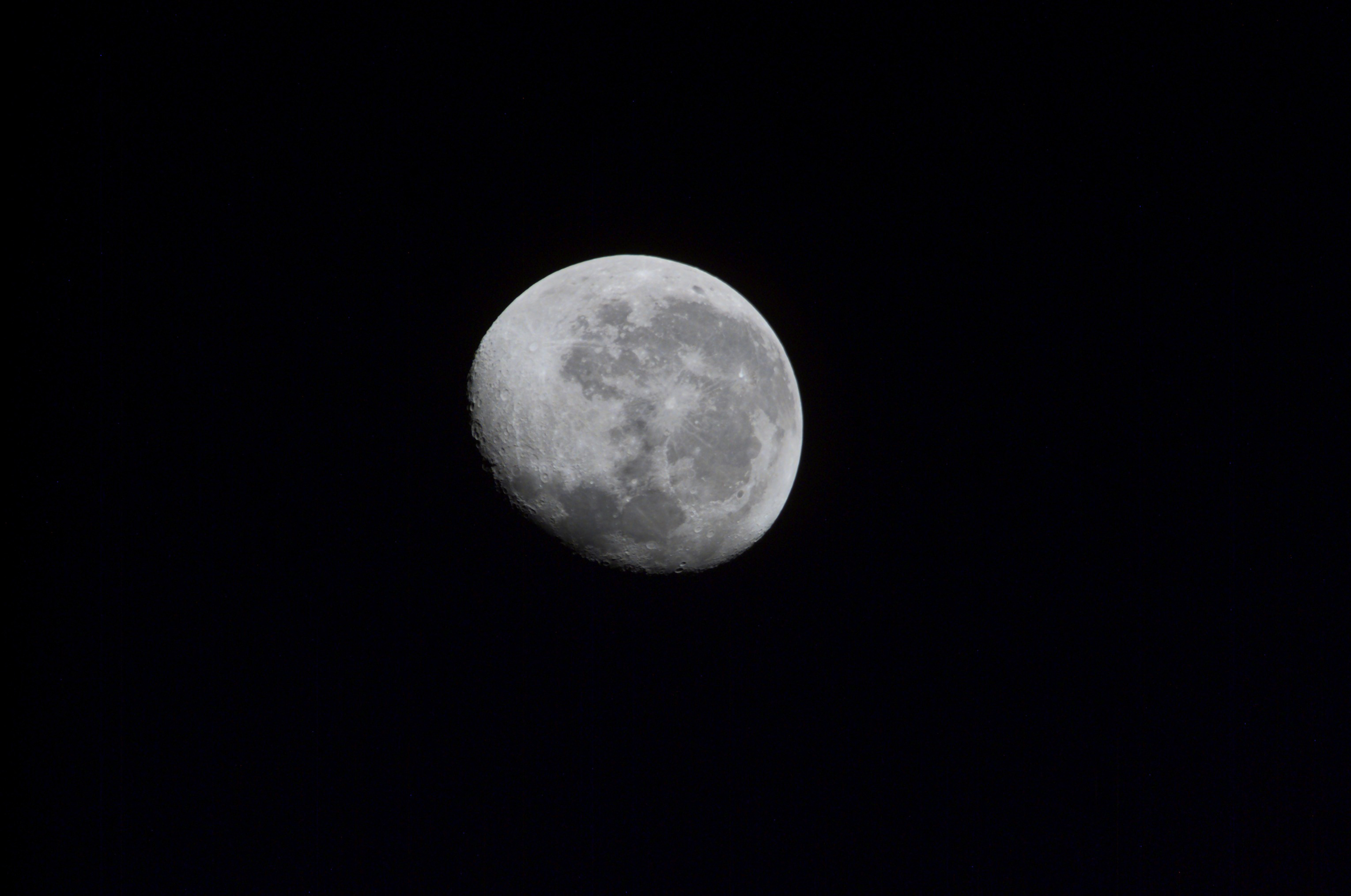 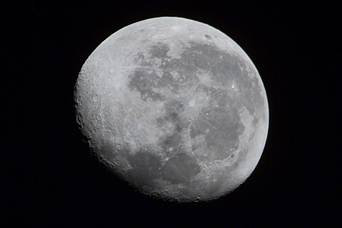 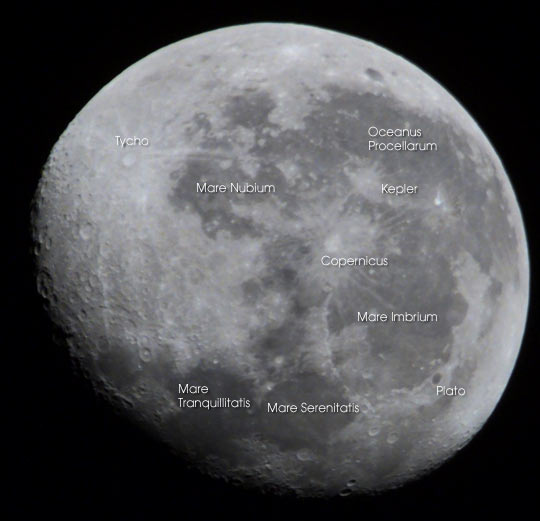 Inspired by the nearly-full moon, space station astronauts used an 800 mm lens to study the craters and mare. This view, taken October 5, 2001, is centered on Crater Copernicus, surrounded by the Mare Serenitatis and Mare Tranquillitatis (Sea of Serenity and Sea of Tranquility), Mare Imbrium (Sea of Rains), Oceanus Procellarum (Ocean of Storms) and Mare Nubium (Sea of Clouds). The bright crater and ejecta trails of Tycho dominate this near-side view. For scale, the crater of Tycho is 85 km in diameter.

Image ISS0030-E-6430 was provided by the by the Earth Sciences and Image Analysis Laboratory, Johnson Space Center. Additional images taken by astronauts can be viewed at NASA-JSC's Gateway to Astronaut Photography of Earth.