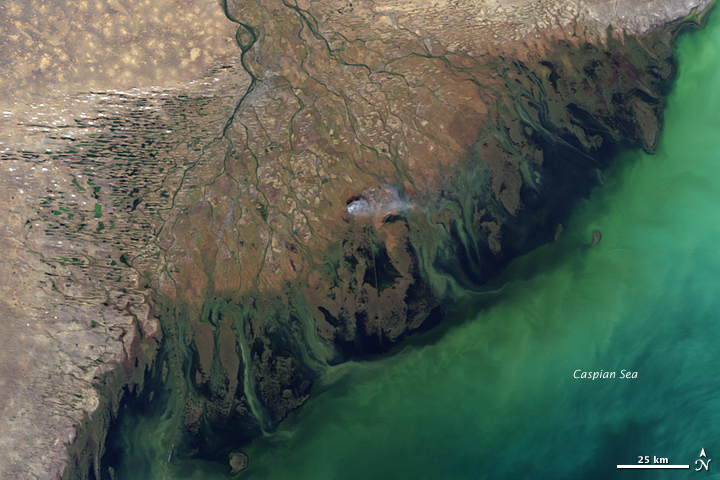 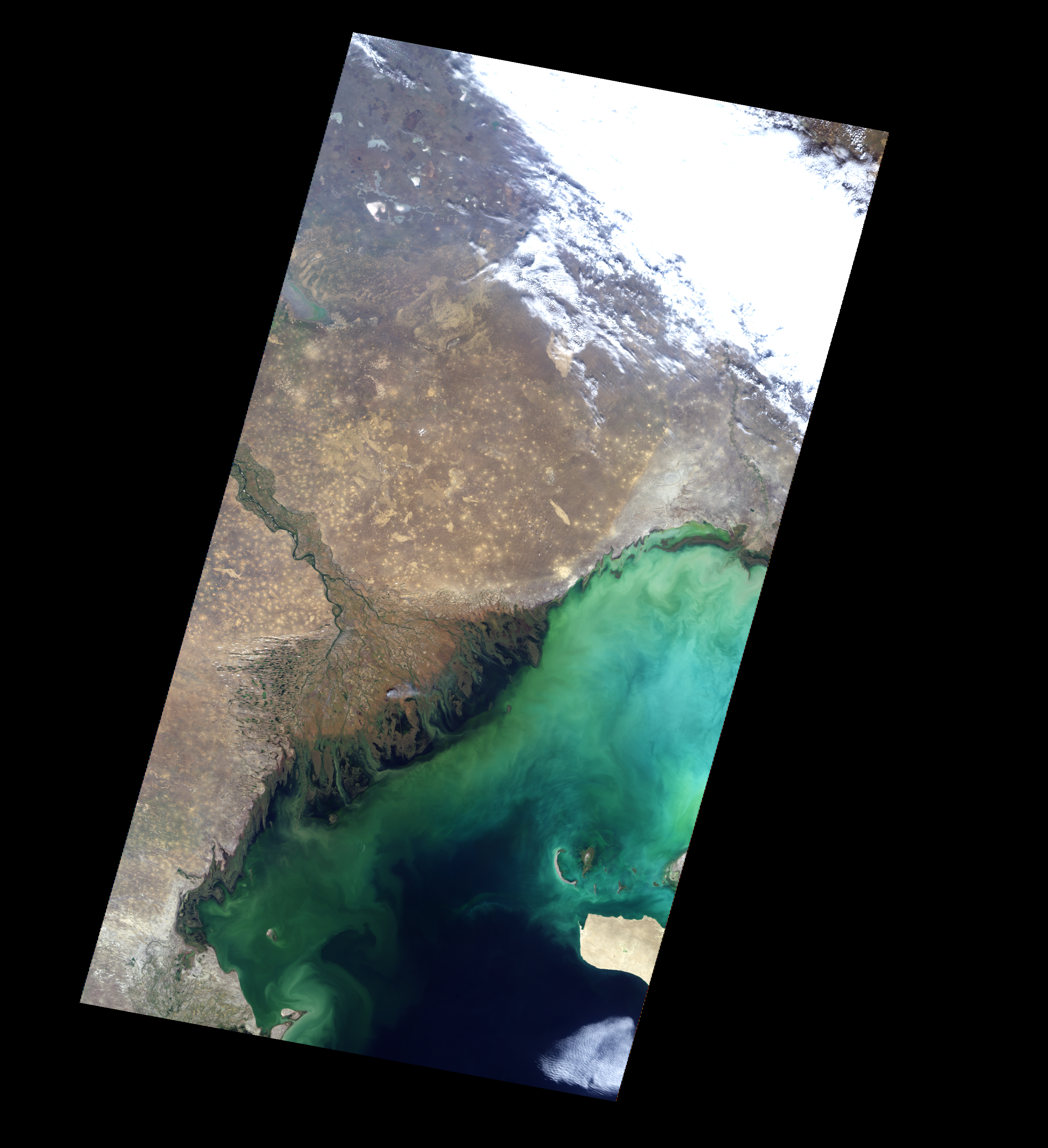 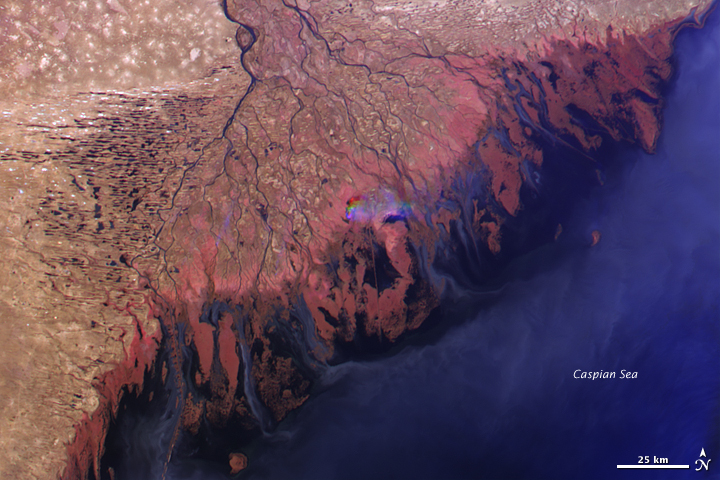 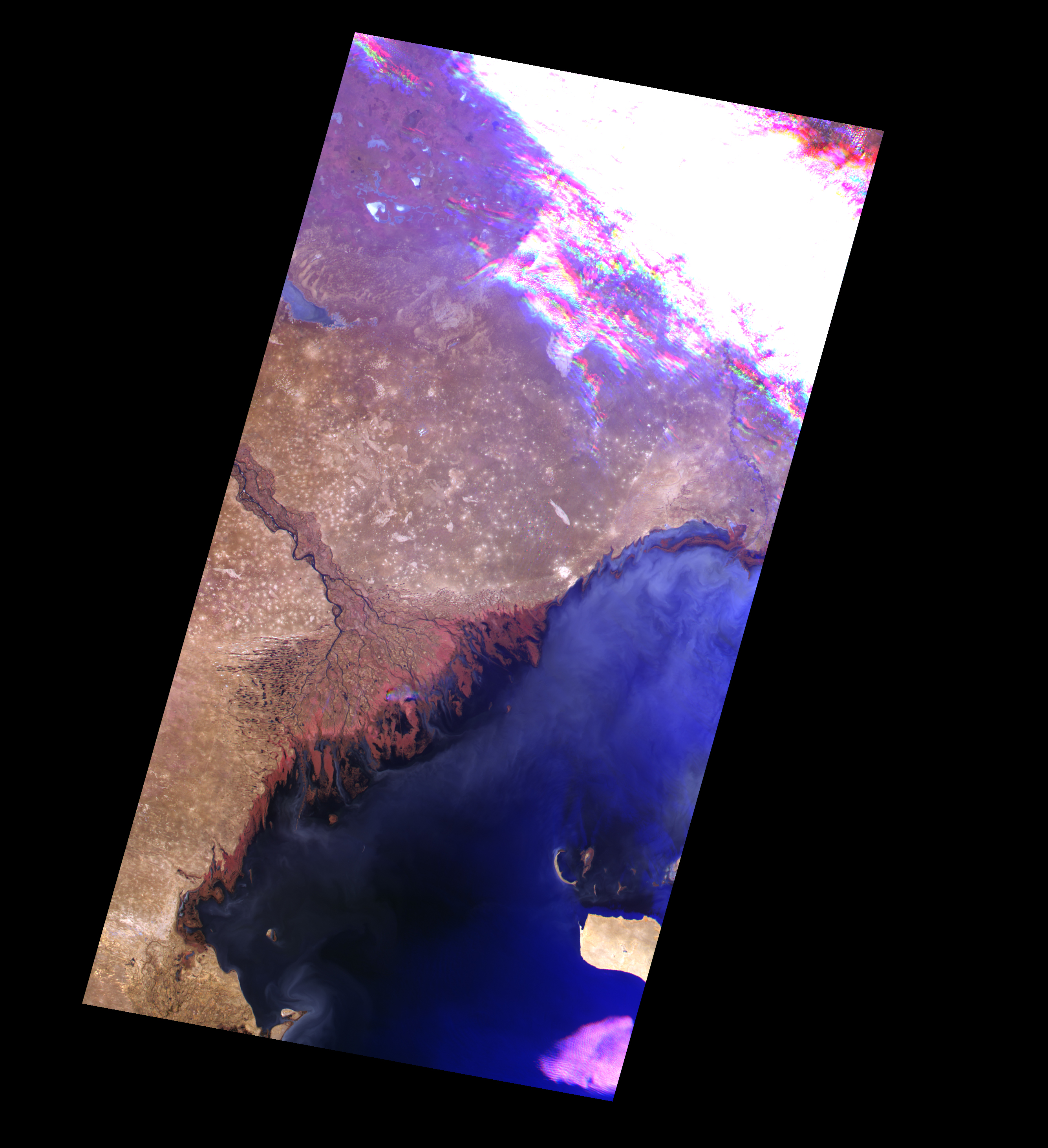 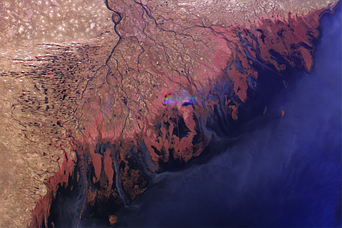 Volga Delta and the Caspian Sea

Russia’s Volga River is the largest river system in Europe, draining over 1.3 million square kilometers of catchment area into the Caspian Sea. The brackish Caspian is Earth’s largest landlocked water body, and its isolation from the world’s oceans has enabled the preservation of several unique animal and plant species. The Volga provides most of the Caspian’s fresh water and nutrients, and also discharges large amounts of sediment and industrial waste into the relatively shallow northern part of the sea.

This image originally appeared in the NASA Earth Observatory story Volga Delta and the Caspian Sea.