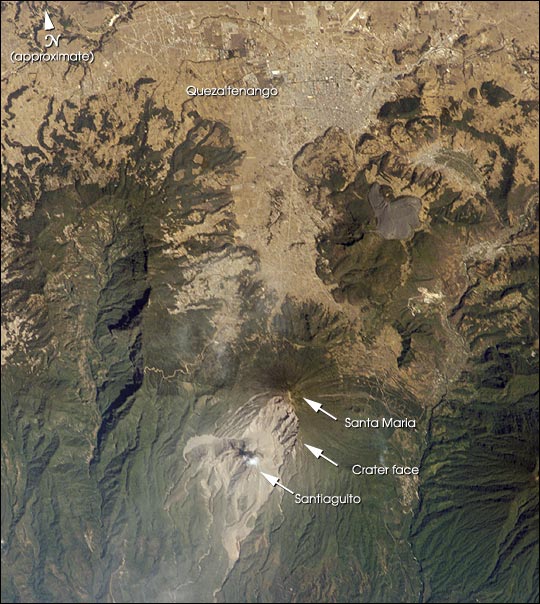 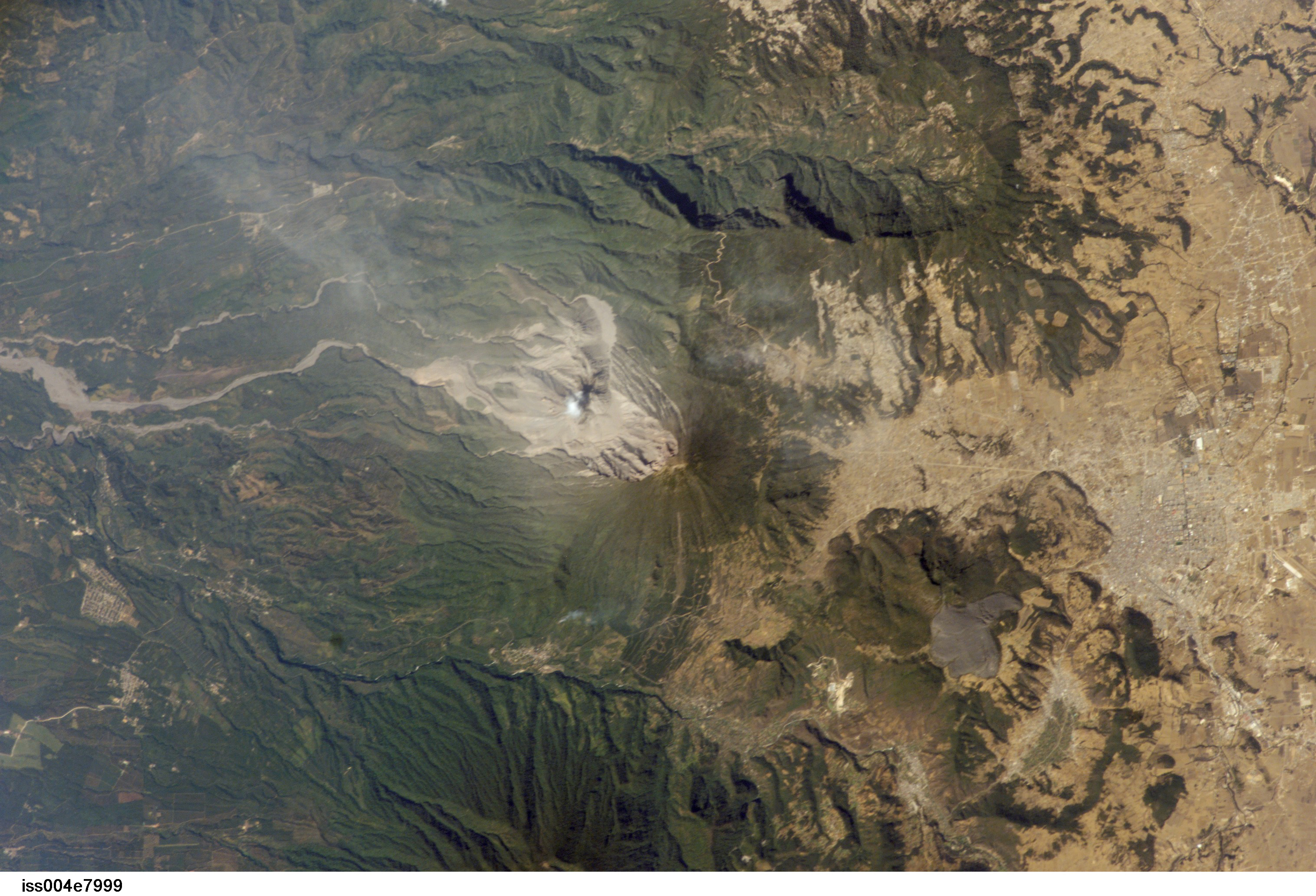 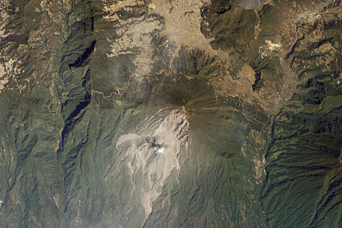 The eruption of Santa Maria volcano in 1902 was one of the largest eruptions of the 20th century, forming a large crater on the mountain’s southwest flank. Since 1922, a lava-dome complex, Santiaguito, has been forming in the 1902 crater. Growth of the dome has produced pyroclastic flows as recently as the 2001—they can be identified in this image. The volcano is considered dangerous because of the possibility of a dome collapse such as one that occurred in 1929, which killed about 5000 people. A second hazard results from the flow of volcanic debris into rivers south of Santiaguito, which can lead tocatastrophic flooding and mud flows.

ISS004-ESC-7999 was taken 17 February 2002 from the International Space Station using a digital camera. The image is provided by the Earth Sciences and Image Analysis Laboratory at Johnson Space Center. Searching and viewing of additional images taken by astronauts and cosmonauts is available at the NASA-JSC Gateway to Astronaut Photography of Earth.