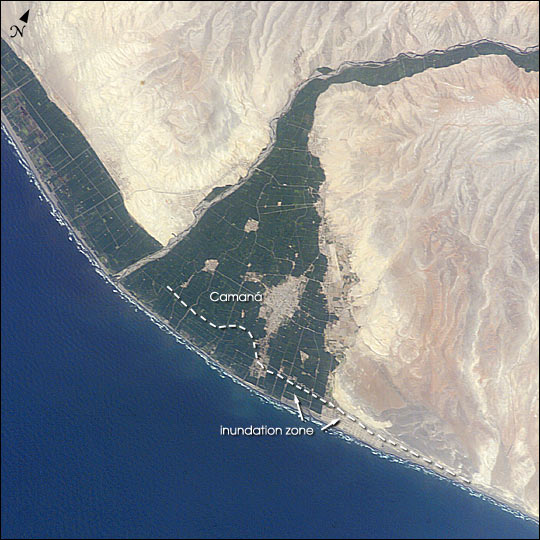 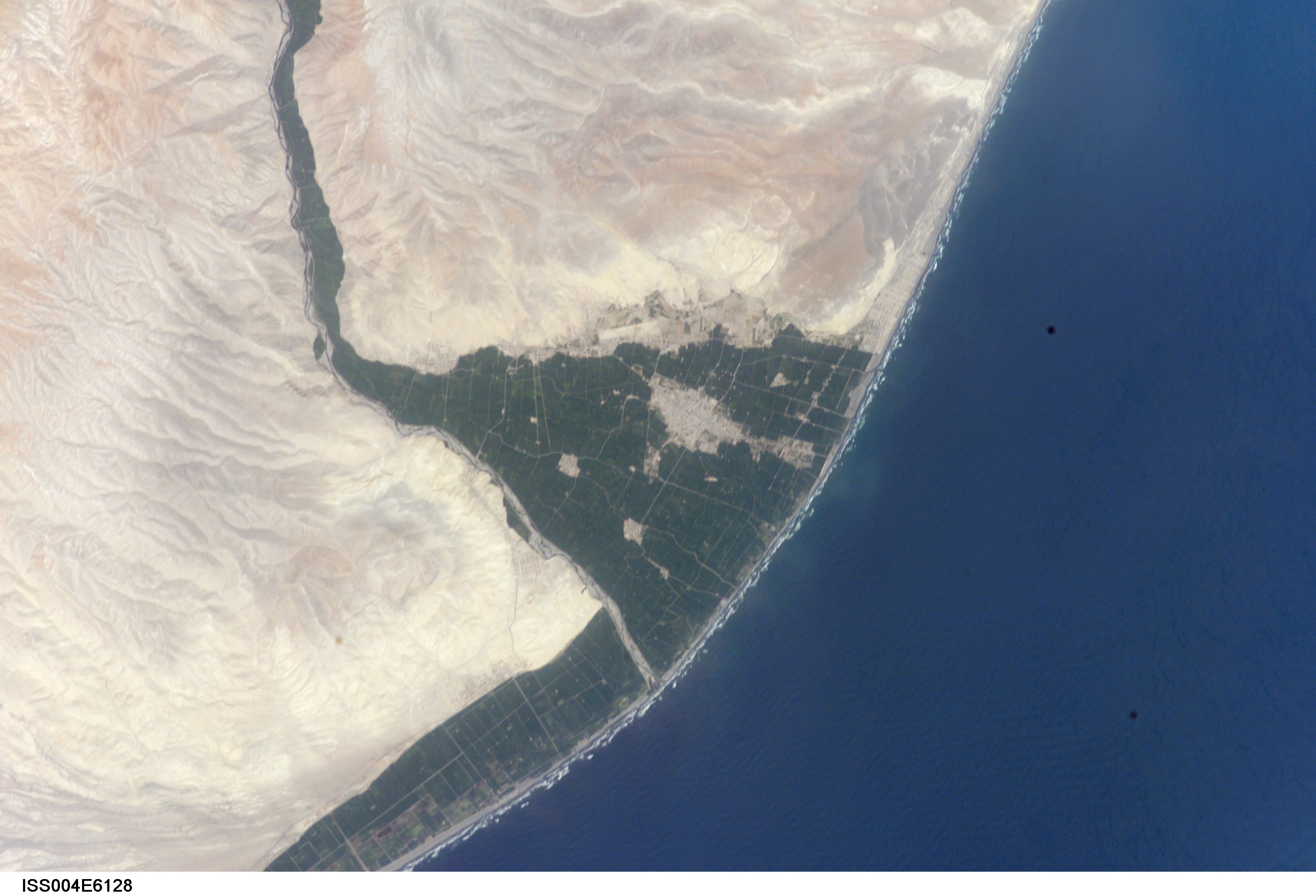 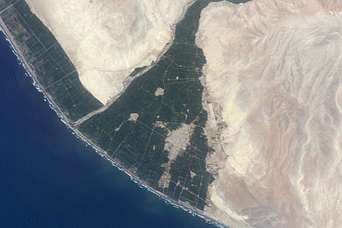 A tsunami washed over the low-lying coastal resort region near Camaná,southern Peru, following a strong earthquake on June 23, 2001. The earthquake was one of the most powerful of the last 35 years and had a magnitude of 8.4. After the initial quake, coastal residents witnessed a sudden draw-down of the ocean and knew a tsunami was imminent. They had less than 20 minutes to reach higher ground before the tsunami hit. Waves as high as 8 meters came in four destructive surges reaching as far as 1.2 kilometers inland. Thousands of buildings were destroyed, and the combined earthquake and tsunami killed as many as 139 people.