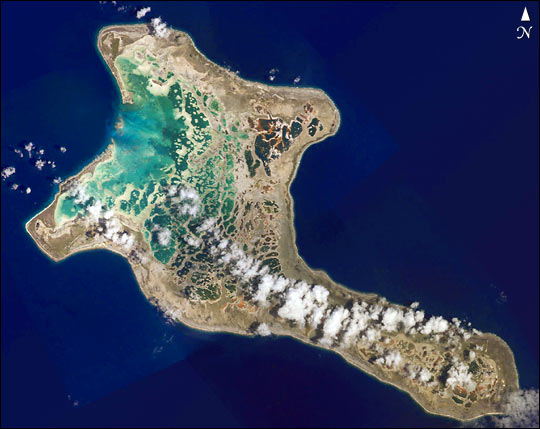 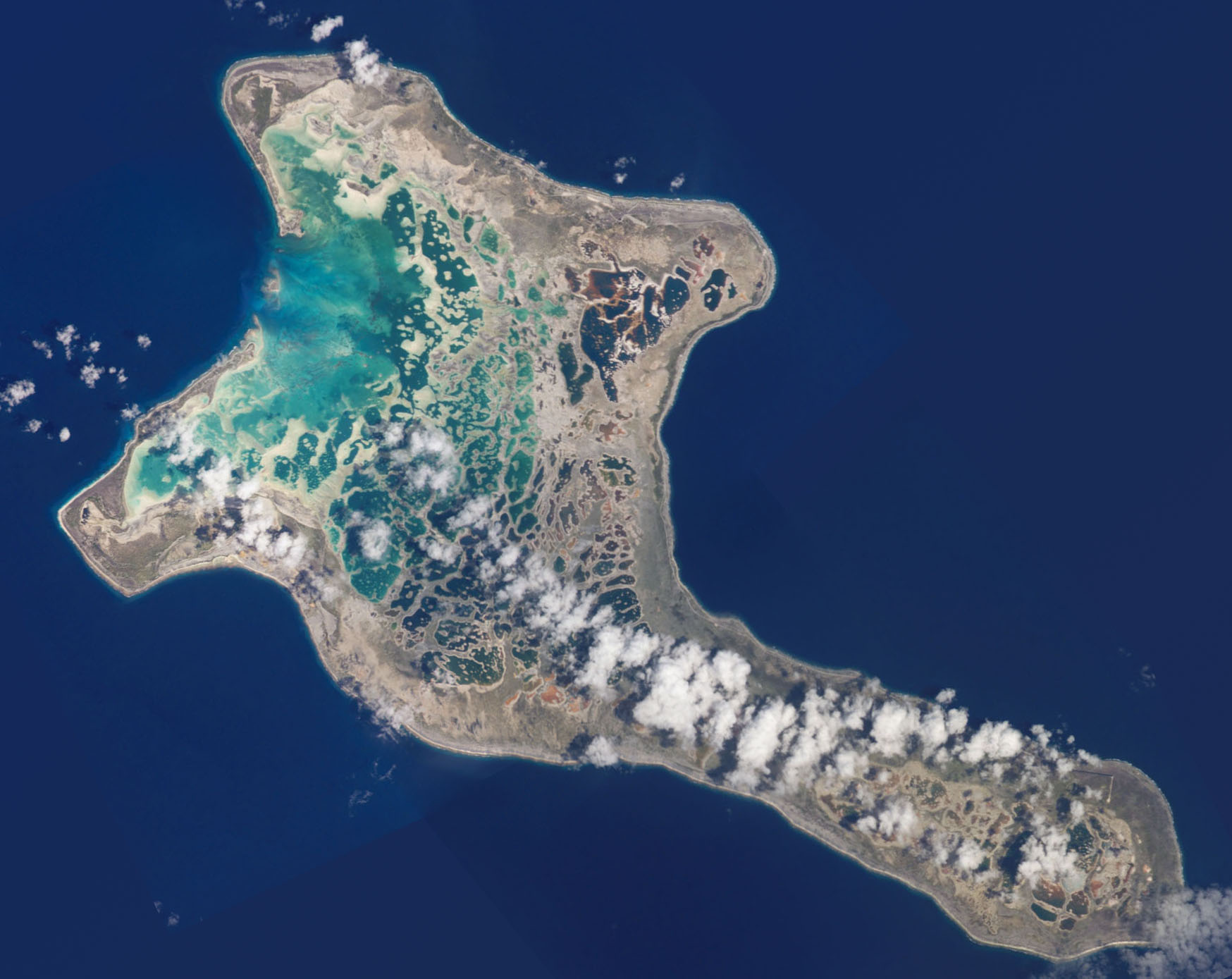 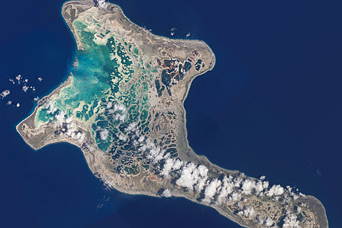 Pronounced “Ki-ris-mas,” Kiritimati Island has a large in-filled lagoon that gives it the largest land area (125 square miles, 321 square kilometers) of any atoll in the world. Captain Cook named the atoll Christmas Island when he arrived on Christmas Eve in 1777. Used for nuclear testing in the 1950s and 1960s, the island is now valued for its marine and wildlife resources. It is particularly important as a seabird nesting site—with an estimated 6 million birds using or breeding on the island, including several million Sooty Terns. Rainfall on Kiritimati is linked to El Ni&ntidleo patterns, with long droughts experienced between the wetter El Ni&ntidleo years.

The mosaic, based on images ISS004-ESC-6249 to 6252, was provided by the Earth Sciences and Image Analysis Laboratory at Johnson Space Center. Additional images taken by astronauts and cosmonauts can be viewed at the NASA-JSC Gateway to Astronaut Photography of Earth.