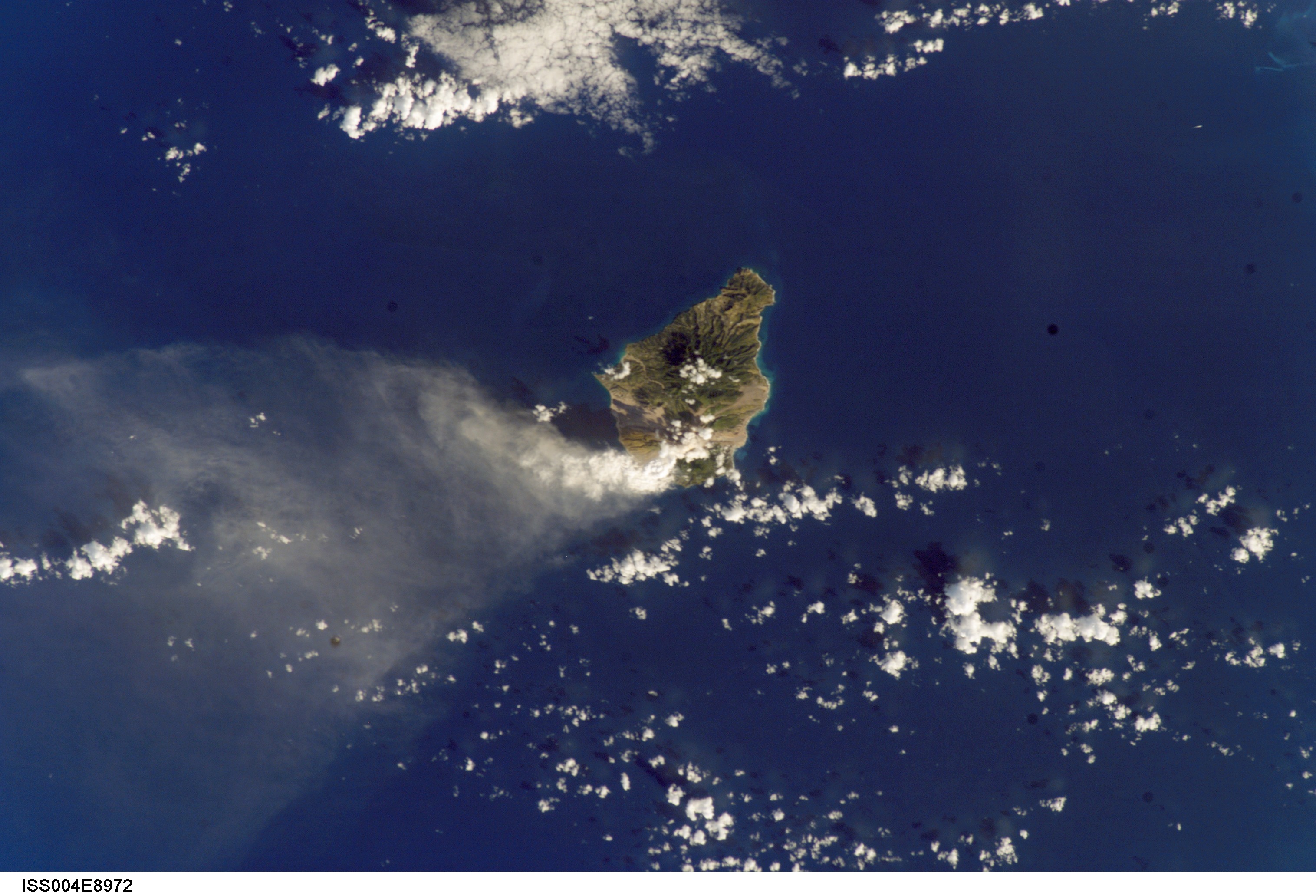 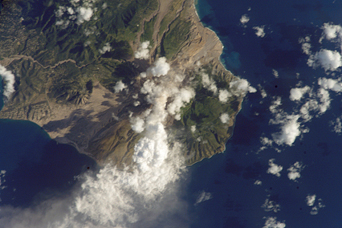 International Space Station crew members are regularly alerted to dynamic events on the Earth’s surface. On request from scientists on the ground, the ISS crew observed and recorded volcanic activity from the summit of Soufriere Hills on March 20, 2002.

Digital photograph numbers ISS004-E-8972 and 8973 were taken 20 March, 2002 from Space Station Alpha and were provided by the Earth Sciences and Image Analysis Laboratory at Johnson Space Center. Additional images taken by astronauts and cosmonauts can be viewed at the NASA-JSC Gateway to Astronaut Photography of Earth.