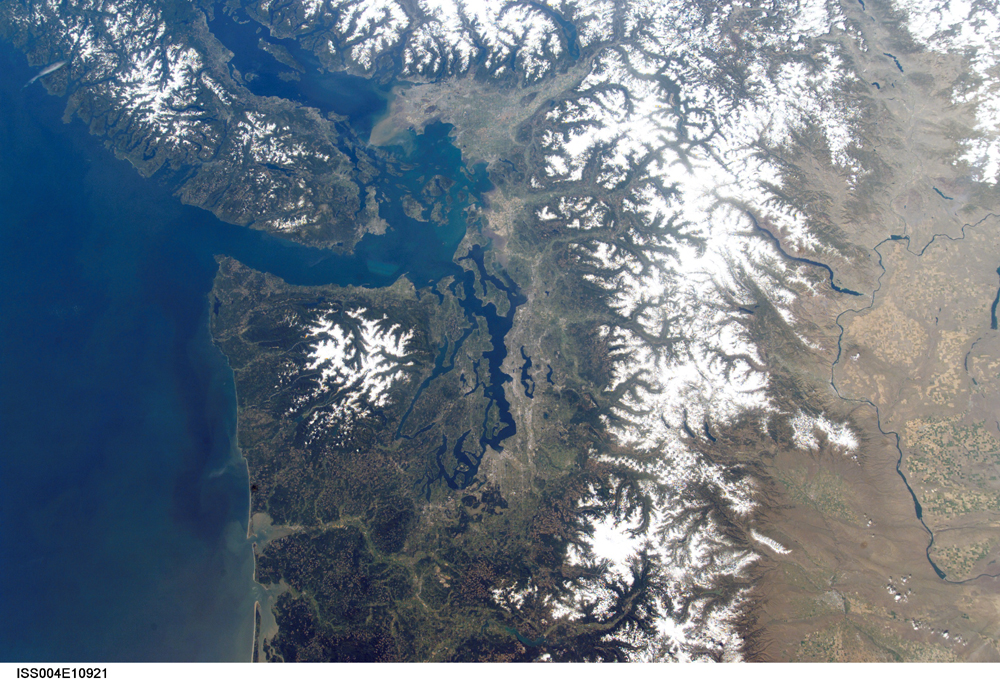 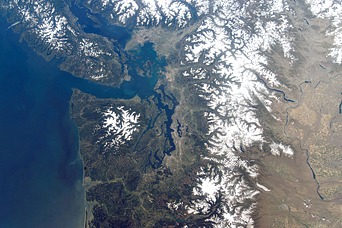 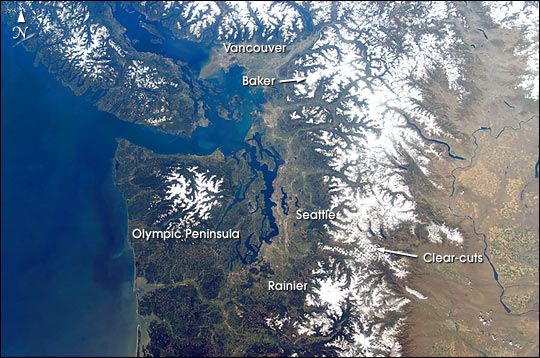 his cloudless view of northwestern Washington and southeastern British Columbia is a study in varied land-use patterns: the forested Olympic Peninsula and Cascade Range contrast with the wheatlands of the drier east side of the mountains. The checkerboard pattern of clearcut forest is accented by snow in the range east of Seattle. Major cities and seaports of the Pacific Northwest—Seattle, Tacoma and Vancouver—take advantage of the deep, sheltered channels.

Astronaut photograph ISS004-E-10921 was taken by the crew of the International Space Station on April 29, 2002 using a digital camera with a 24-mm lens. The image was provided by the Earth Sciences and Image Analysis Laboratory at Johnson Space Center. Additional images taken by astronauts and cosmonauts can be viewed at the NASA-JSC Gateway to Astronaut Photography of Earth