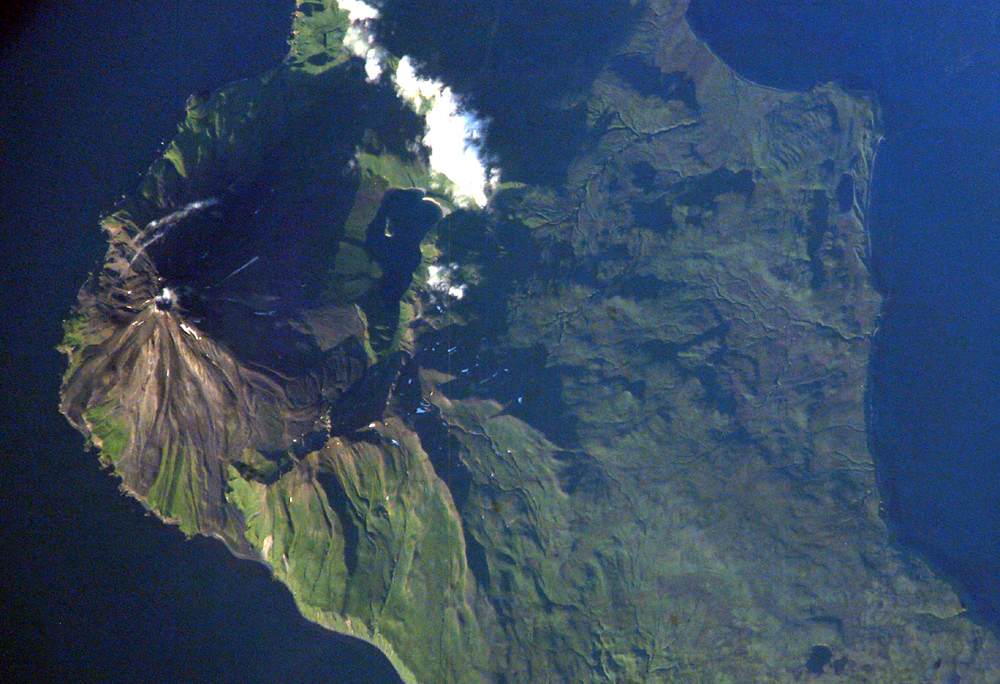 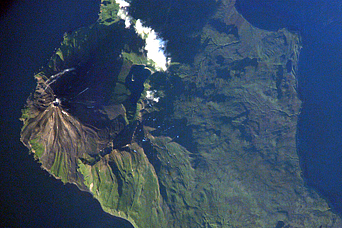 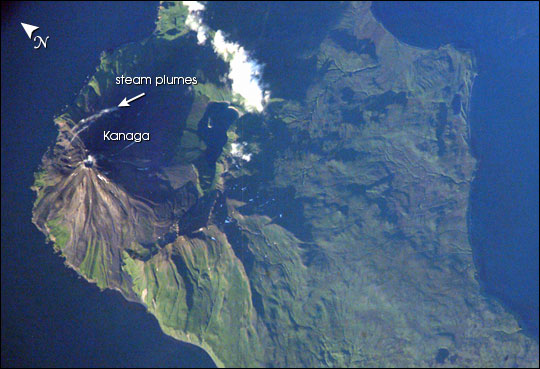 The symmetrical cone of Kanaga volcano stands out on the northern corner of Kanaga Island, located in the central part of Alaska’s Aleutian archipelago. Kanaga last erupted in 1994 and is well known for its active fumaroles and hot springs (located, in this image, by fine steam plumes on the northeast flank of the volcano). A small lake to the southeast of the cone is situated on the floor of a larger more ancient volcanic caldera. The crew of the international space station acquired this image late in the day of August 13, 2002. Note how the late summer sun accentuates the terrain features like the volcanic flows that radiate down from the volcano’s peak, and the steep cliffs along the western coastline.

Astronaut photograph ISS005-E-10097 was provided by the Earth Sciences and Image Analysis Laboratory at Johnson Space Center. Additional images taken by astronauts and cosmonauts can be viewed at the NASA-JSC Gateway to Astronaut Photography of Earth.