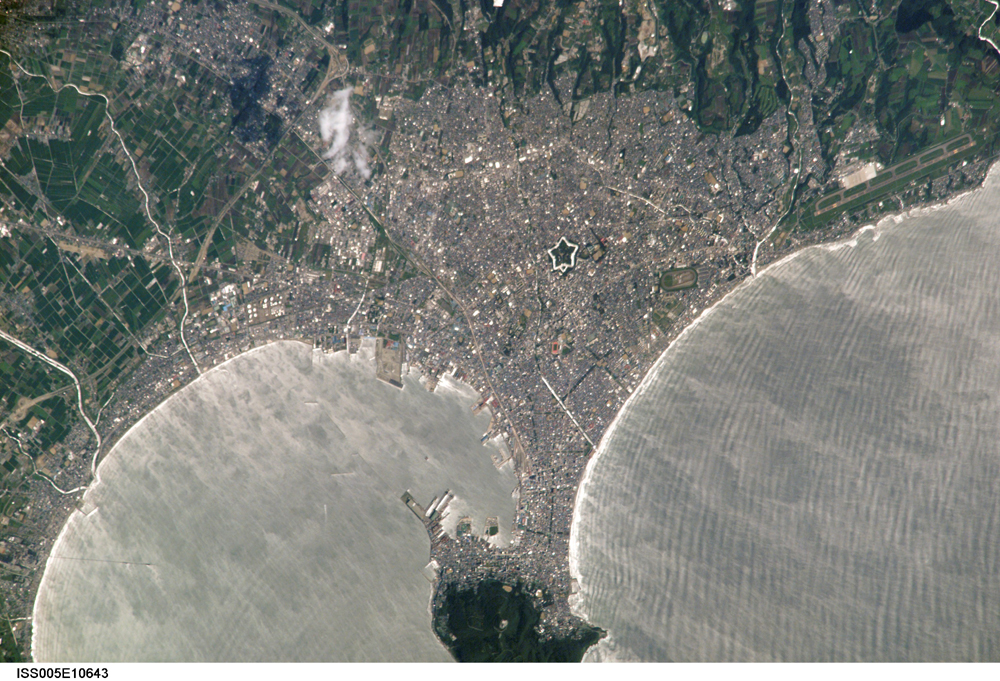 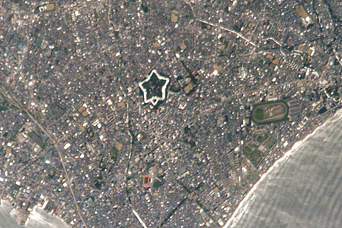 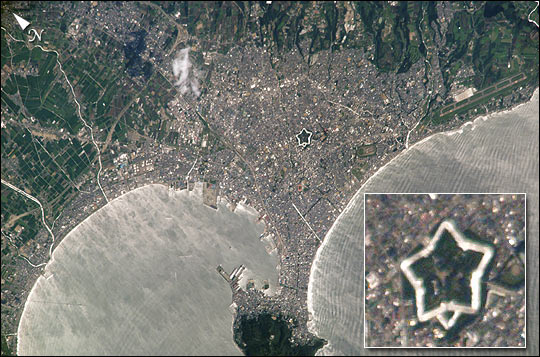 A Star of Japan, Hakodate City

Hakodate City is a seaport located on two bays in the Oshima Peninsula near the south end of the major Japanese island of Hokkaido. This image nicely illustrates how sunglint reflecting off the ocean reveals internal waves impinging on the coast. Also, from space, Hakodate is quite distinguished from other cities of it size, featuring a large five-pointed star near it center.

This image originally appeared in the NASA Earth Observatory story A Star of Japan, Hakodate City.

Astronaut photograph ISS005-E-10643 was provided by the Earth Sciences and Image Analysis Laboratory at Johnson Space Center. Additional images taken by astronauts and cosmonauts can be viewed at the NASA-JSC Gateway to Astronaut Photography of Earth.