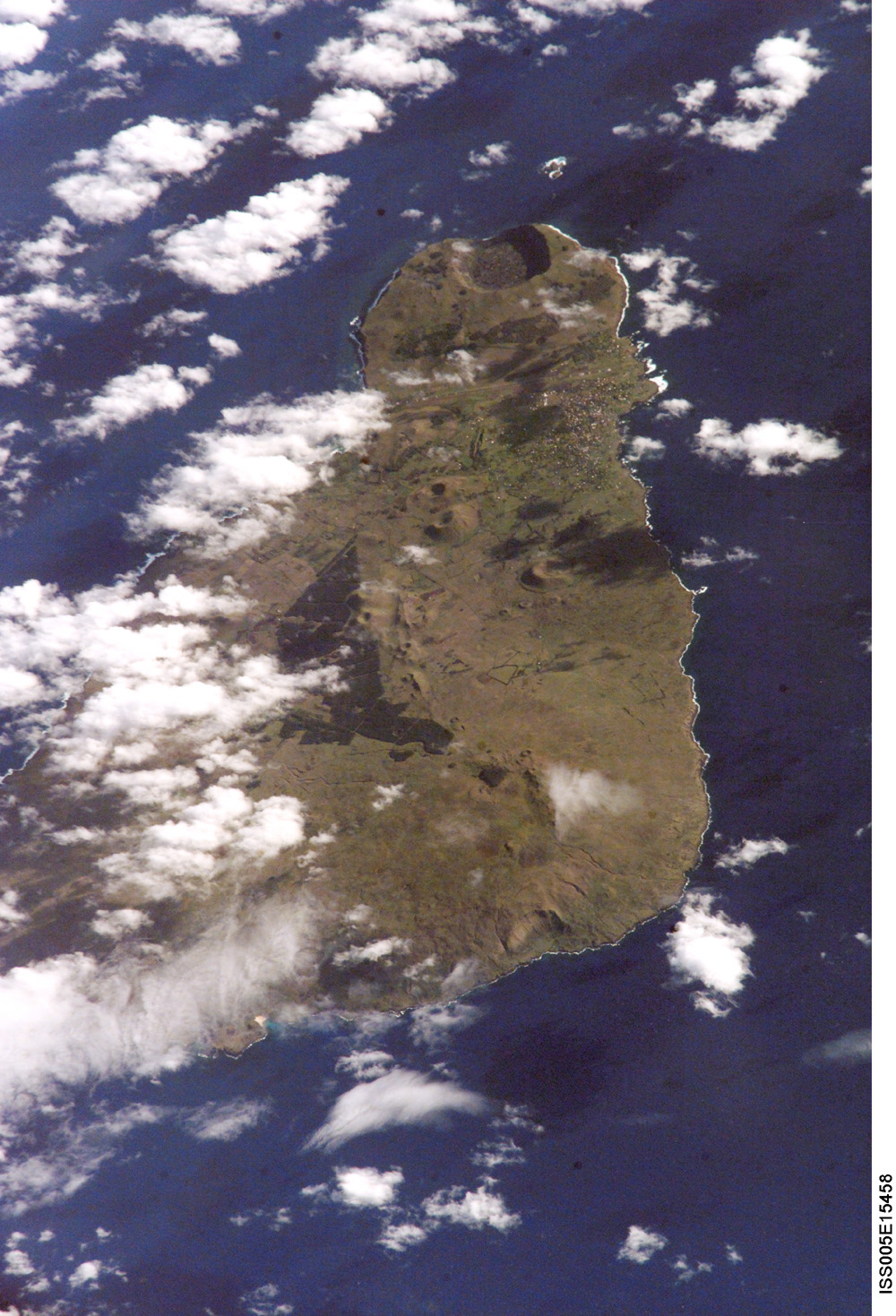 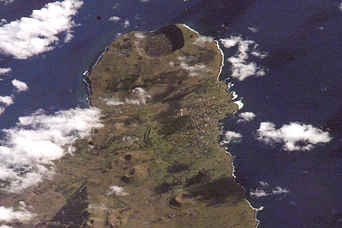 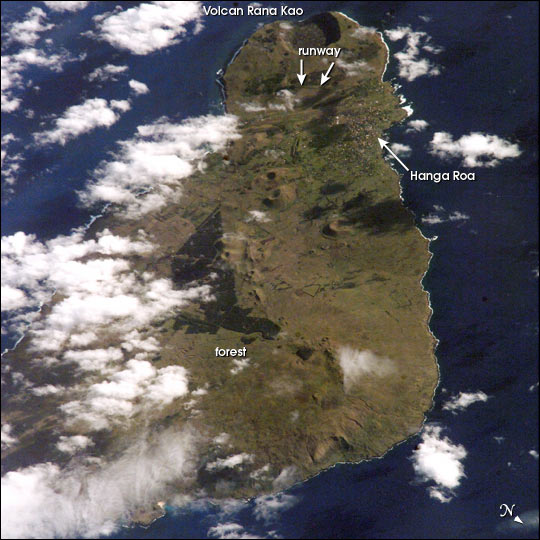 On September 25, 2002, astronauts aboard the International Space Station viewed Easter Island, one of the most remote locations on Earth. Easter Island is more than 2000 miles from the closest populations on Tahiti and Chile—even more remote than astronauts orbiting at 210 nautical miles above the Earth. Archaeologists believe the island was discovered and colonized by Polynesians at about 400 AD. Subsequently, a unique culture developed. The human population grew to levels that could not be sustained by the island. A civil war resulted, and the island’s deforestation and ecosystem collapse was nearly complete.

Astronaut photograph ISS005-E-15458 was provided by the Earth Sciences and Image Analysis Laboratory at Johnson Space Center. Additional images taken by astronauts and cosmonauts can be viewed at the NASA-JSC Gateway to Astronaut Photography of Earth.