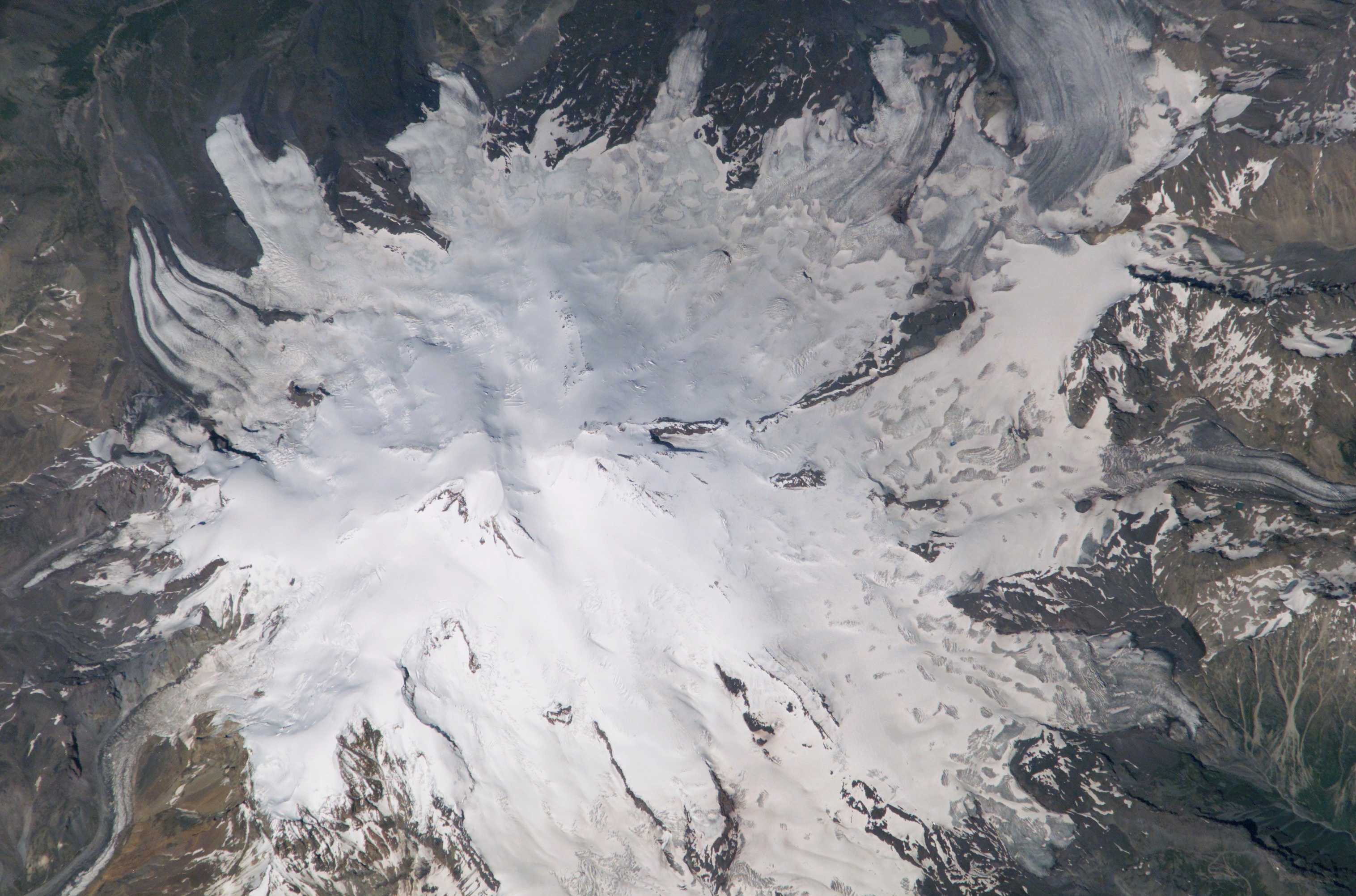 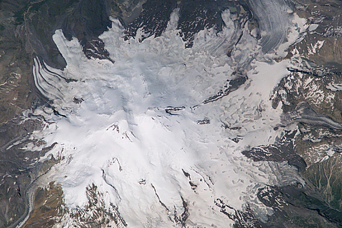 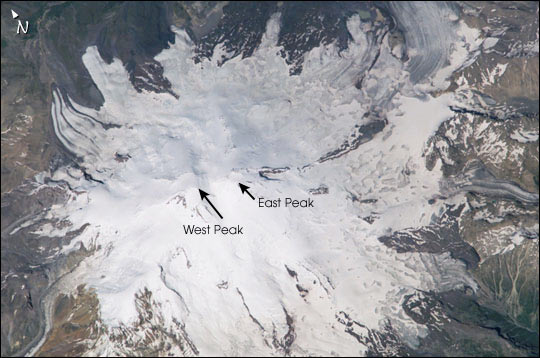 The Caucasus Mountains form a long (more than 1200 kilometers) and steep spine connecting the Black Sea to the Caspian. Mt. Elbrus, the summit of the Caucasus Mountains, is located in southern Russia just north of the Georgian border, and is distinguished as Europe’s highest peak (5642 m). Elbrus is also an ancient volcano, although it has not erupted for nearly 2000 years. Elbrus’s profile comprises two volcanic peaks (East and West). They are popular trekking and mountain climbing destinations—the saddle between them provides access to the region. In mid-September, the Russian and American crew aboard the International Space Station viewed Mt. Elbrus’s glaciated landscape as part of a study by Russian glaciologists. Elbrus is located west of the recent glacier slide on Mt. Kazbek, another giant peak in the Caucasus Mountains.

Astronaut photograph ISS005-E-9675 was taken on September 13, 2002, using the Electronic Still Camera equipped with a 800 mm lens. This image was provided by the Earth Sciences and Image Analysis Laboratory at Johnson Space Center. Additional images taken by astronauts and cosmonauts can be viewed at the NASA-JSC Gateway to Astronaut Photography of Earth.