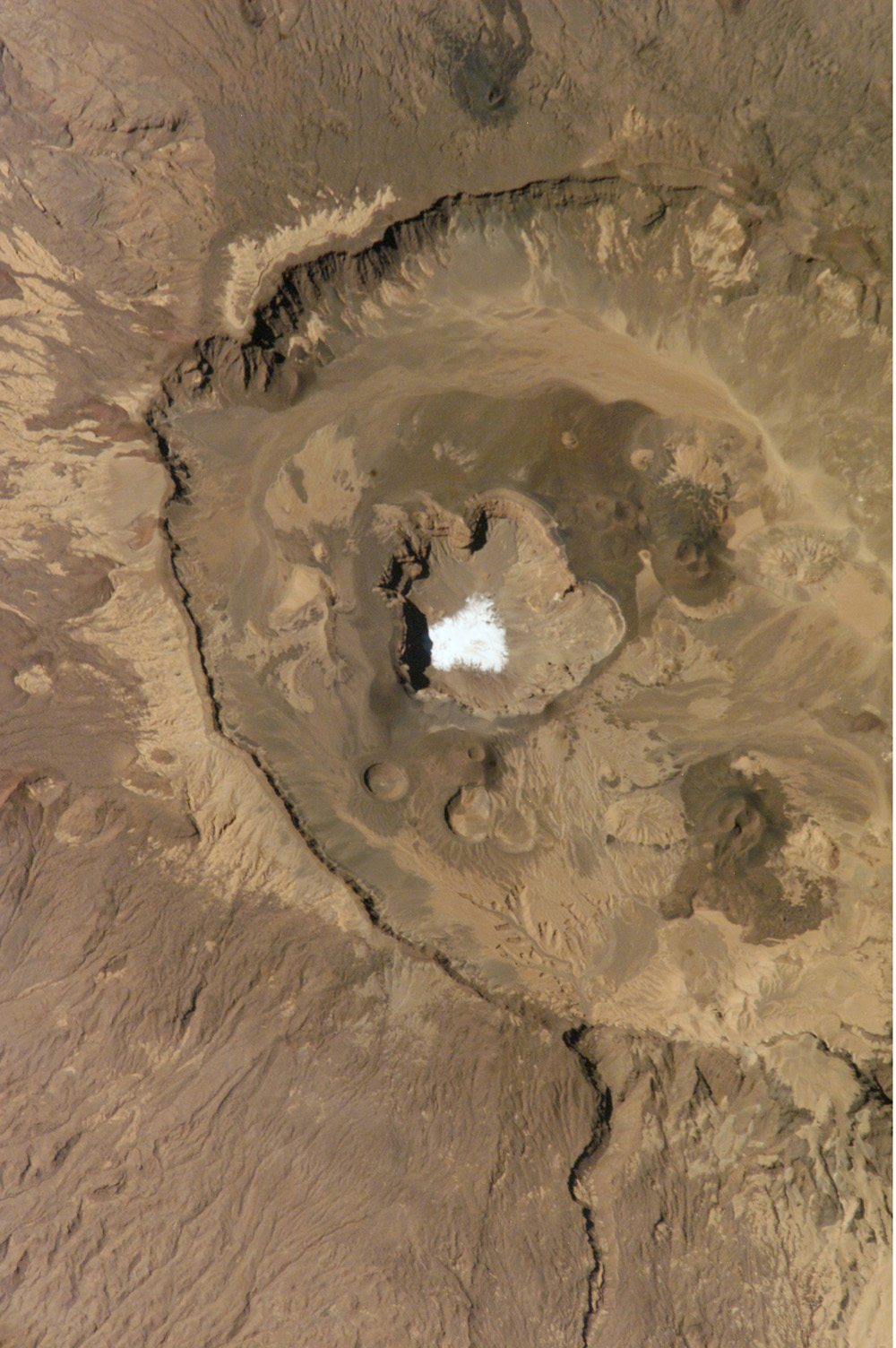 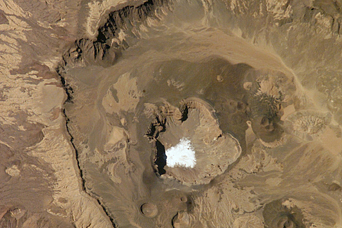 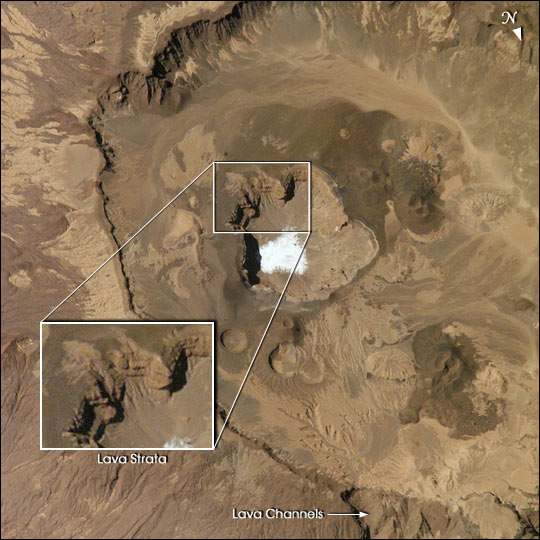 Emi Koussi is a high volcano that lies at the south end of the Tibesti Mountains in the central Sahara in northern Chad. The volcano is one of several in the Tibesti massif, and reaches 3415 m in altitude, rising 2.3 kilometers above the surrounding sandstone plains. The volcano is 65 kilometers wide. This view of the Emi Koussi caldera is detailed to the point that it doesn’t include the entire 10-kilometer diameter of the caldera, but reveals individual lava strata within the walls of the summit cliffs. Nested within the main caldera is a smaller crater that contains white salts of a dry lake at its lowest point. Here too, strata are visible in the walls of the smaller crater. The smaller crater is surrounded by a region of darker rocks—a geologically young dome of lava studded with several small circular volcanic vents.

Astronaut photograph ISS005-E-20451 was provided by the Earth Sciences and Image Analysis Laboratory at Johnson Space Center. Additional images taken by astronauts and cosmonauts can be viewed at the NASA-JSC Gateway to Astronaut Photography of Earth.