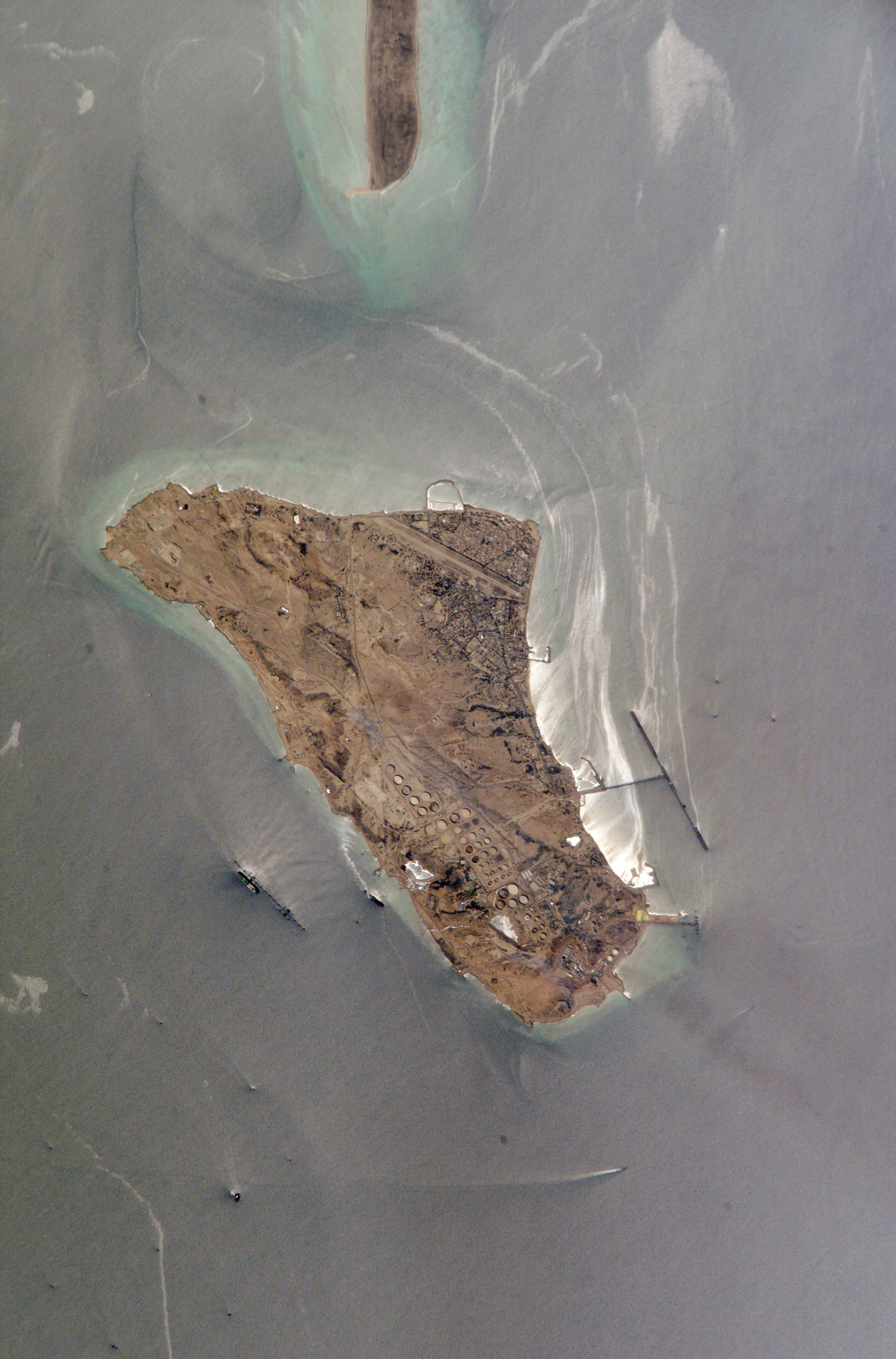 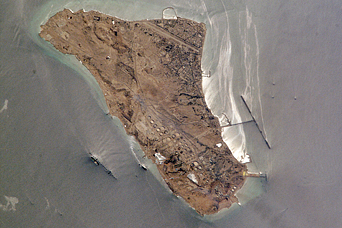 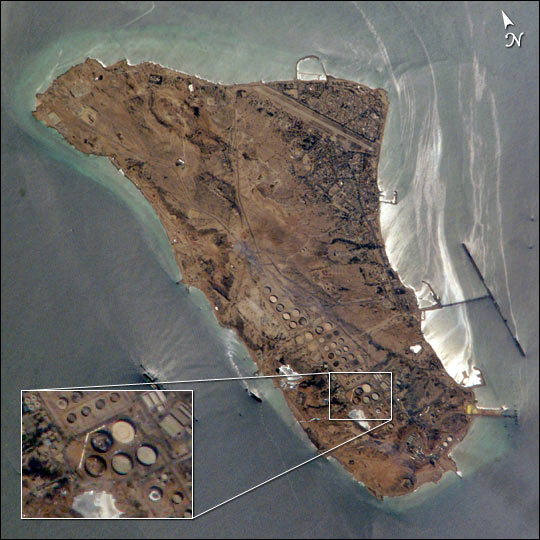 Kharg Island is Iran’s primary oil export terminal in the Persian Gulf. This rocky limestone island is unique because it is one of the few islands in the Persian Gulf with freshwater which has collected within the porous limestone. In addition to its commercial and strategic importance, the freshwater has biological importance, supporting populations of gazelles. This high-resolution photograph taken by astronauts on board the International Space Station shows detail of the tanker dock facilities, tanks and other infrastructure. Sunglint on the surface of the water highlights small amounts of oil on the sea surface and reveals the direction of the local currents.

ISS005-E-11900, taken August 31, 2002, was provided by the Earth Sciences and Image Analysis Laboratory at Johnson Space Center. Additional images taken by astronauts and cosmonauts can be viewed at the NASA-JSC Gateway to Astronaut Photography of Earth.