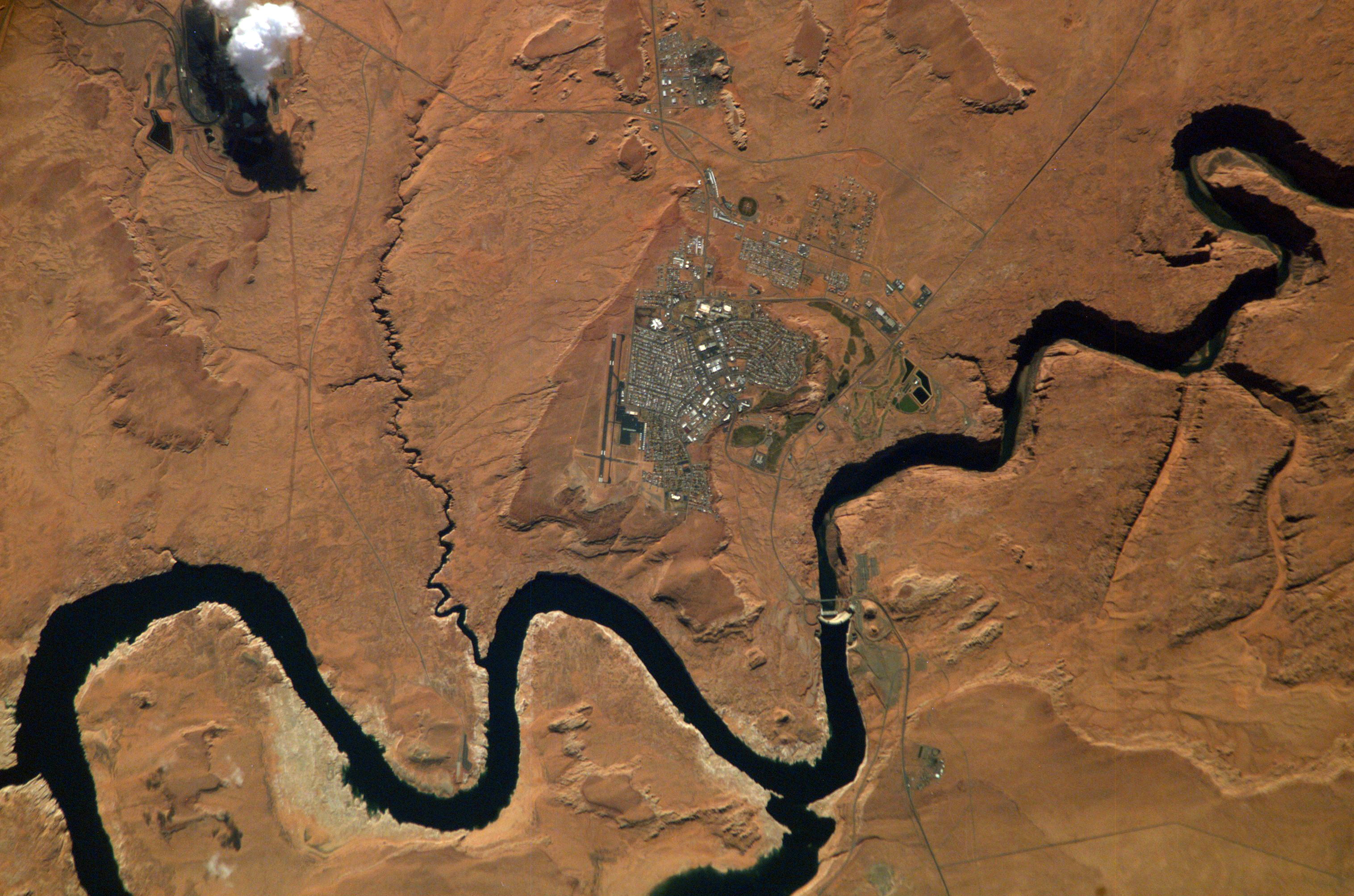 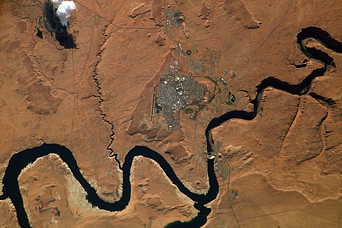 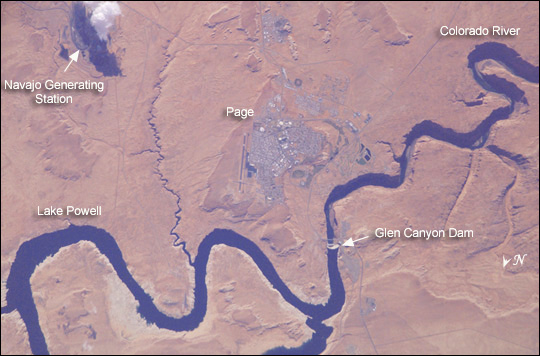 This isolated community near the northern Arizona border is of special interest because of its origin and location. Unlike other towns in the area, Page was created in 1957 to house workers and their families during the construction of nearby Glen Canyon Dam on the Colorado River. Its 17-square-mile site was obtained in a land exchange with the Navajo Indian tribe. The town is perched atop Manson Mesa at an elevation of 4,300 feet above sea level and 600 feet above Lake Powell.

Astronaut photograph ISS006-E-28359 was taken with an Electronic Still Camera and is provided by the Earth Sciences and Image Analysis Laboratory at Johnson Space Center. Additional images taken by astronauts and cosmonauts can be viewed at the NASA-JSC Gateway to Astronaut Photography of Earth.