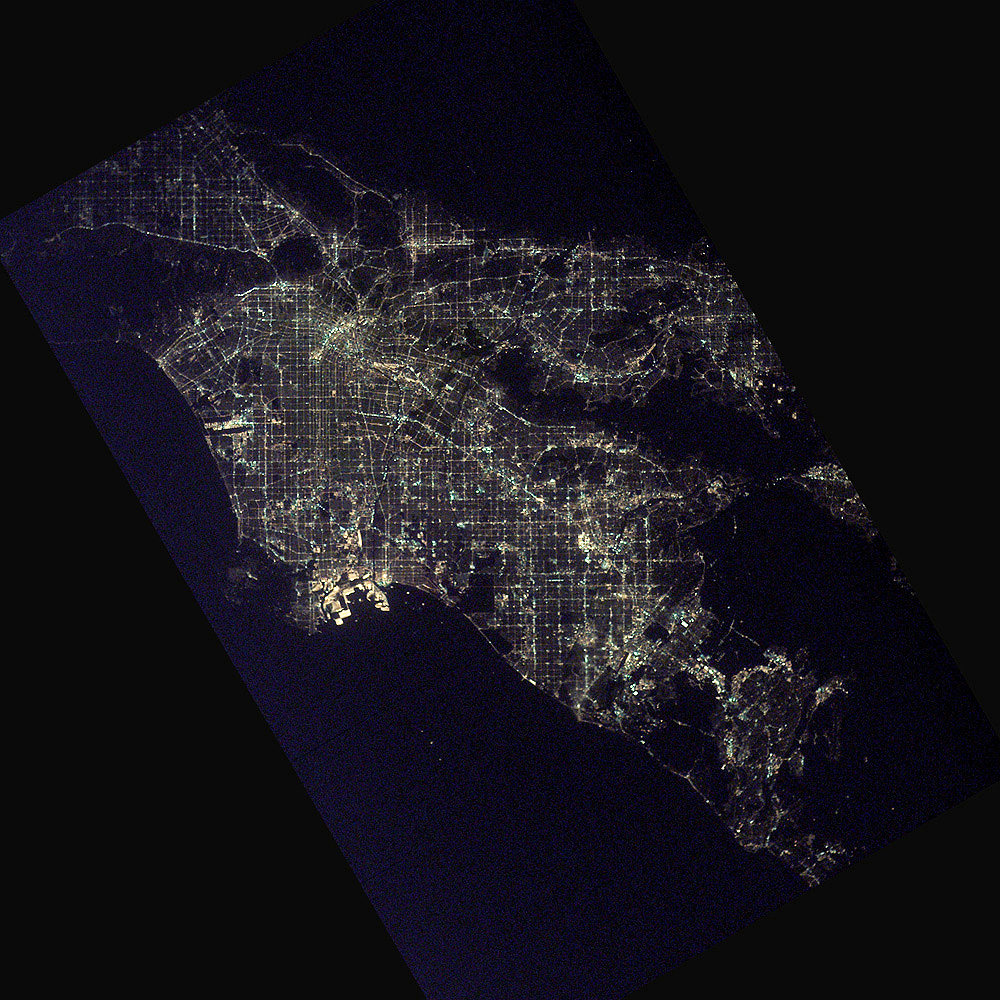 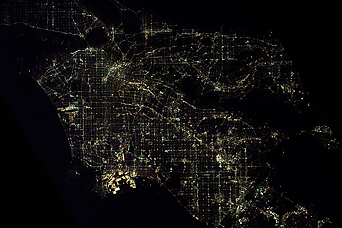 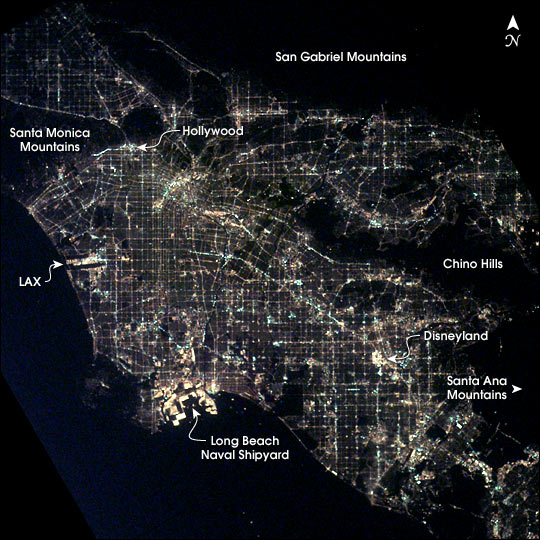 After sunset the borders of "The City of Angels" are defined as much by its dark terrain features as by its well-lit grid of streets and freeways.

Astronaut photograph ISS006-E-36913 was taken with an Electronic Still Camera equipped with 85 mm lens and is provided by the Earth Sciences and Image Analysis Laboratory at Johnson Space Center. Additional images taken by astronauts and cosmonauts can be viewed at the NASA-JSC Gateway to Astronaut Photography of Earth.