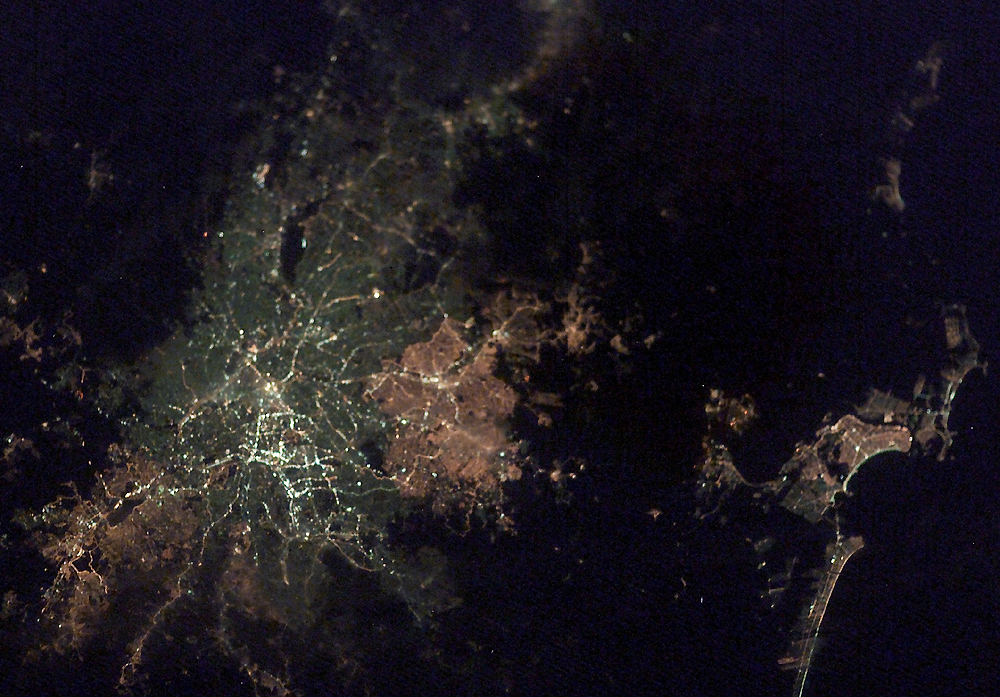 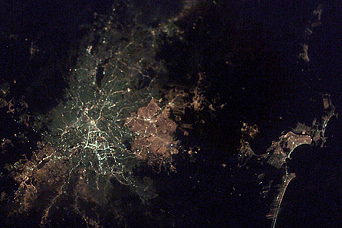 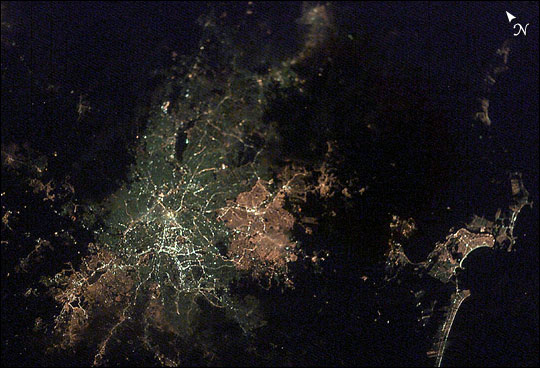 A favorite activity of astronauts and cosmonauts aboard the International Space Station is looking at the city lights below when the Station crosses the Earth’s dark side. The lights outline the densest population centers and coastlines, and suggest cultural patterns. Taking these low-light images using the equipment on board the Station has been challenging to the crew members because of the long exposure times required. Astronaut Don Pettit has pioneered an approach using a home-made tracking system to track the ground as it moves relative to the Station, allowing him to acquire long-exposure images under low light conditions. This image shows the sprawling urban footprint of São Paulo, Brazil, South America’s largest city with roughly 17 million people. The different colors (pink, white, and gray) define different types and generations of street lights.

Astronaut photograph ISS006-E-44689 was taken with a digital camera on April 12, 2003, and is provided by the Earth Sciences and Image Analysis Laboratory at Johnson Space Center. Additional images taken by astronauts and cosmonauts can be viewed at the NASA-JSC Gateway to Astronaut Photography of Earth.