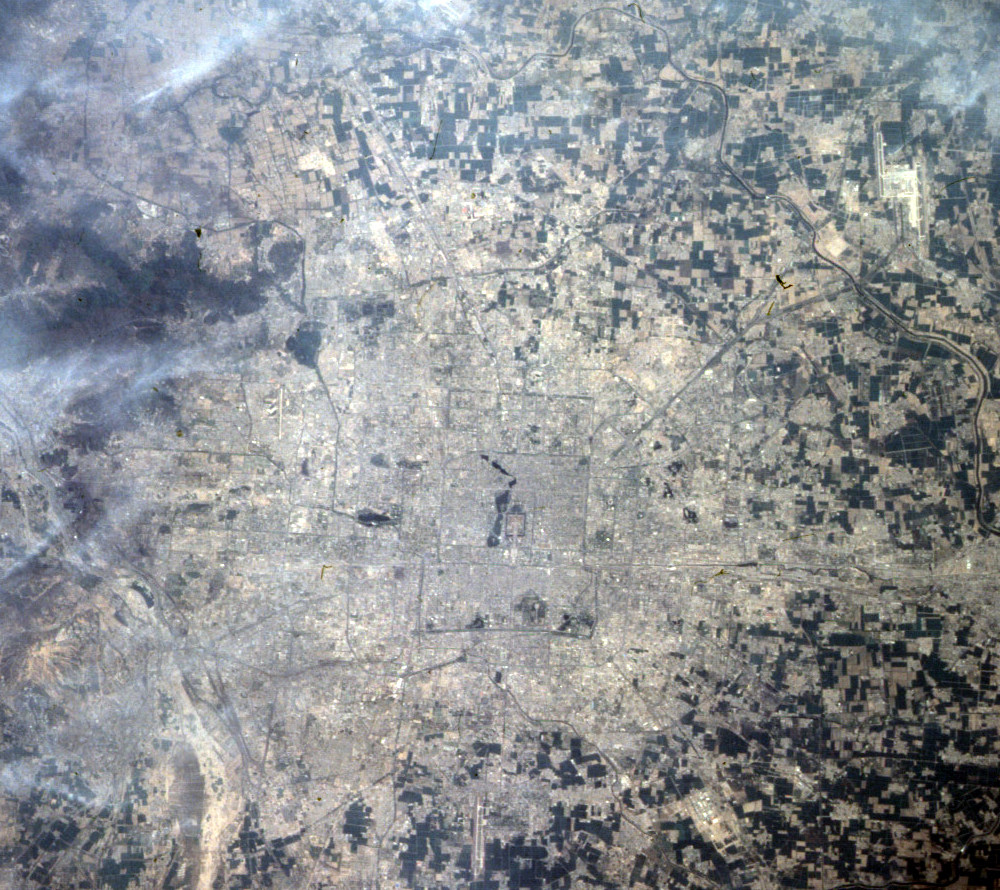 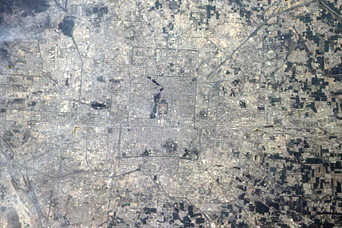 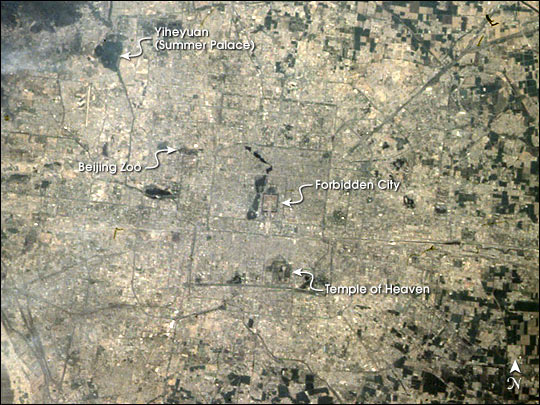 This image of Beijing was taken from the Space Shuttle five years ago (in late April-early May 1998), and is one of the best photographs of the city taken from orbit.

STS090-714-42 was taken with the Hasselblad film camera using a 250 mm lens and was provided by the Earth Sciences and Image Analysis Laboratory at Johnson Space Center. Additional images taken by astronauts and cosmonauts can be viewed at the NASA-JSC Gateway to Astronaut Photography of Earth.