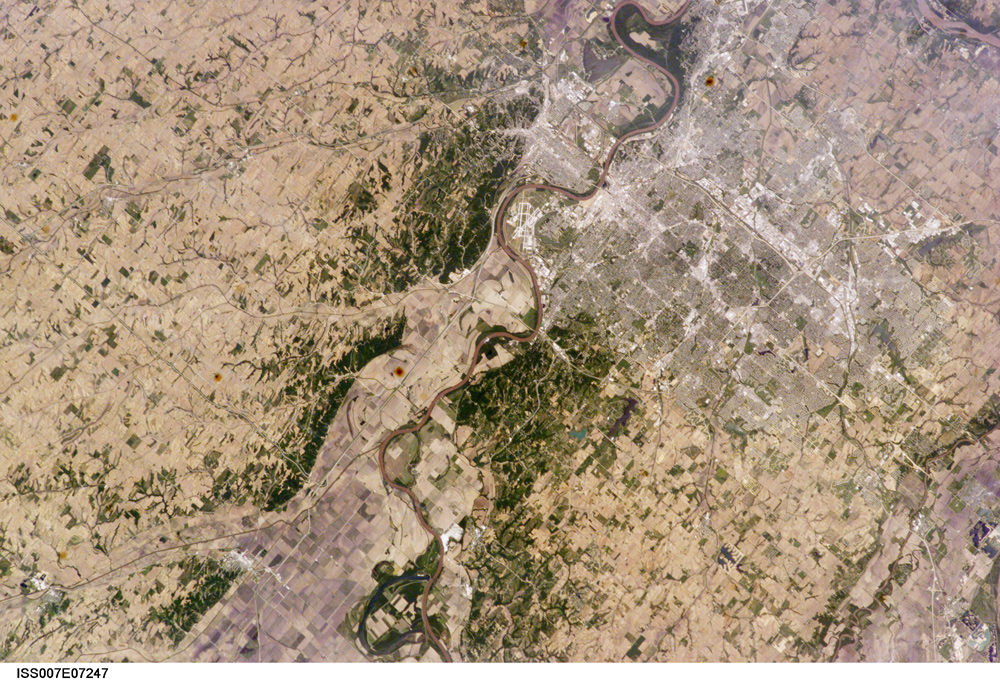 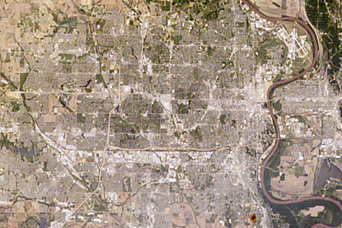 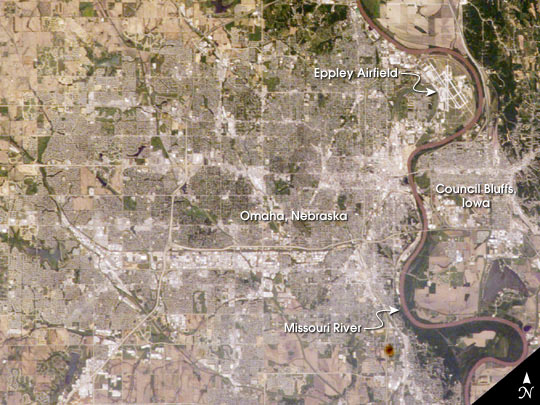 Omaha and Council Bluffs on the Lewis and Clark Trail

The Missouri River served as a vital waterway for transport of the epic Lewis and Clark Expedition. In the vicinity of Omaha, Nebraska, and Council Bluffs, Iowa, this mighty river meanders southward through a broad floodplain some two to eight miles wide, bordered by dissected bluffs. In late July 1804, the expedition paused to rest and repair their boats and planned the “first” Native American council (Council Bluff) with representatives of the Otoe Tribe.

This image originally appeared in the NASA Earth Observatory story Omaha and Council Bluffs on the Lewis and Clark Trail.

Astronaut photograph ISS007-E-7247 was taken with an Electronic Still Camera and a 180-mm lens and is provided by the Earth Sciences and Image Analysis Laboratory at Johnson Space Center. Additional images taken by astronauts and cosmonauts can be viewed at the NASA-JSC Gateway to Astronaut Photography of Earth.