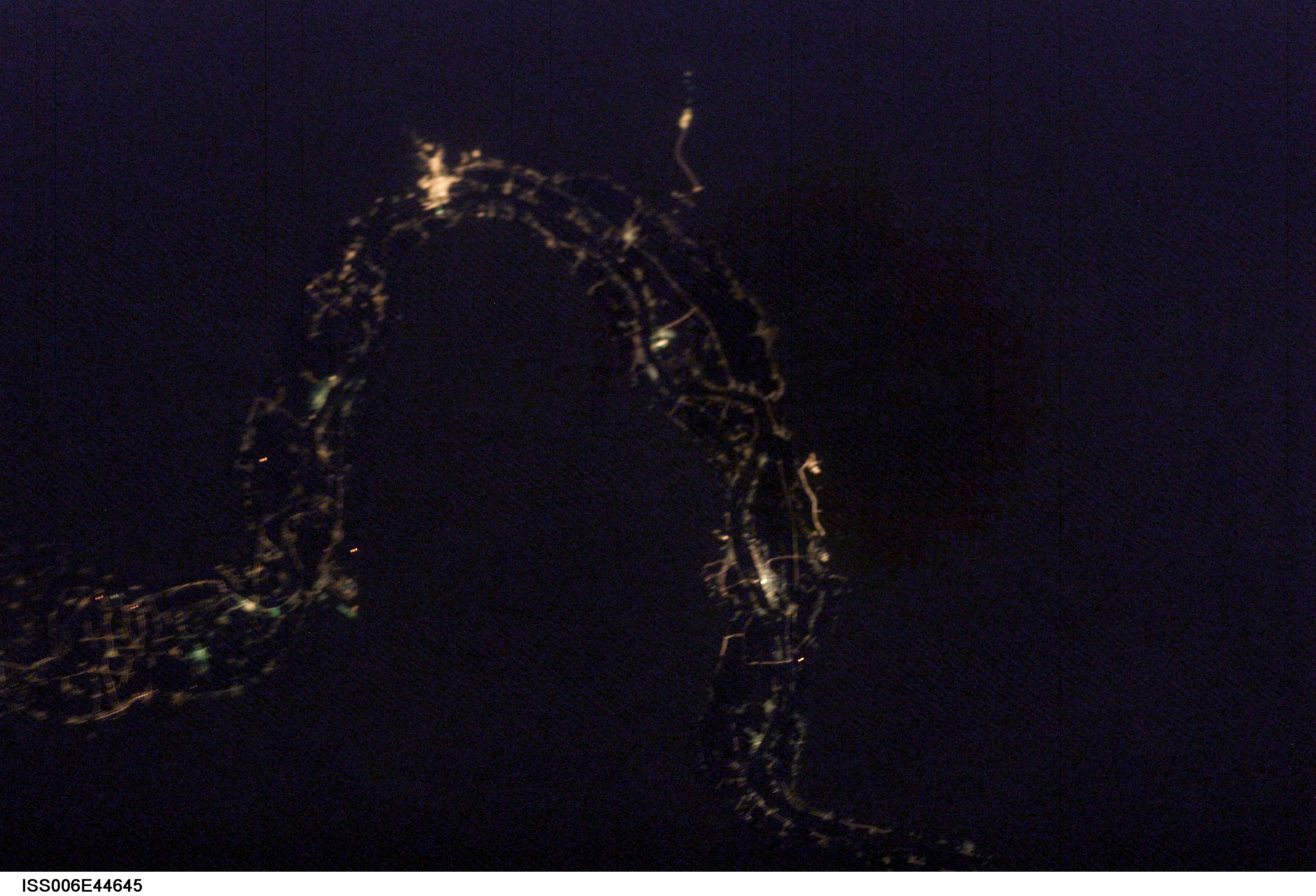 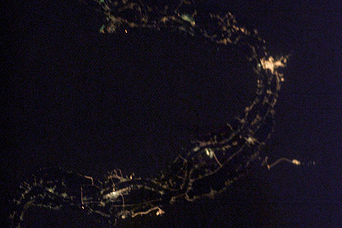 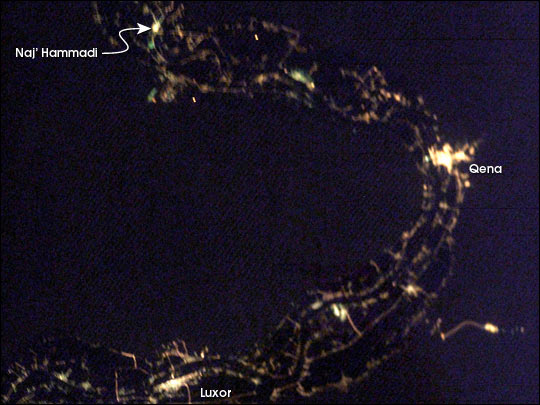 Lights along the Nile

City lights define the Nile River Valley as it snakes across the Egyptian desert. The cities of Naj’ Hamadi, Qena, and Luxor, shine the brightest. Communities in the hillsides create a thin border along either side of the valley. Simliar strips line the Nile itself. Most of Egypt’s population, and most of the country’s arable land, occupies the Nile River Valley.

This image originally appeared in the NASA Earth Observatory story Lights along the Nile.

International Space Station photograph ISS006-E-44645 was taken on 11 April 2003 using a “barn door tracker” and an 85 mm lens. Images, mosaics and information were provided by the Earth Sciences and Image Analysis Laboratory at Johnson Space Center. Additional images taken by astronauts and cosmonauts can be viewed at the NASA-JSC Gateway to Astronaut Photography of Earth.