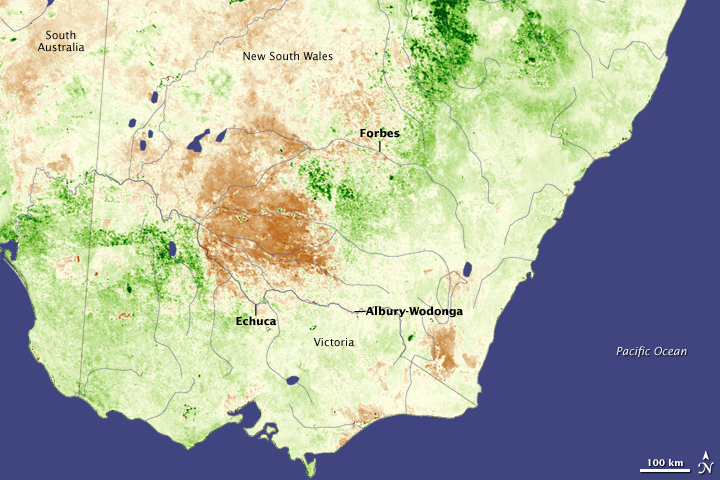 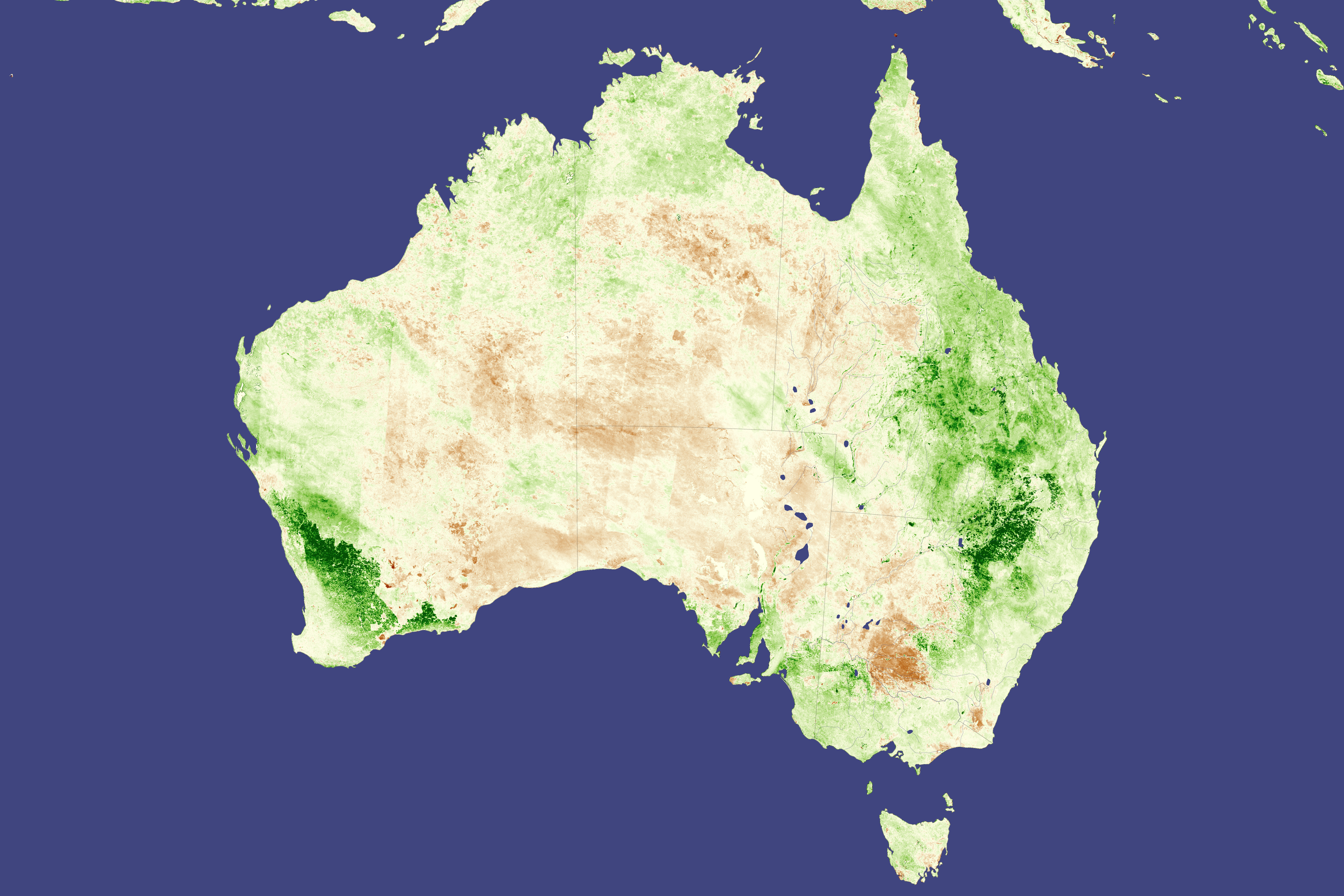 The Australian Plague Locust thrives when good rain brings a flush of fresh green grass to inland Australia. Every few years, when the food and water supplies are good, vast numbers of the insects form into swarms that can contain as many as 50 million locusts per square kilometer. The swarms feast on grass and crops, causing widespread damage. In November 2008, the Australian Plague Locust Commission (APLC) reported that a few small swarms of locusts had started to develop in New South Wales. The largest of the low- to medium-density swarms covered up to six kilometers.

This image, acquired by France’s SPOT Vegetation satellite, shows the conditions that supported the development of the locust swarms in October 2008. The month marks mid-spring in Australia, and spring grasses were responding to adequate rain. The image shows vegetation conditions compared to a long-term average. Areas where plants growth was above average are green, while areas where growth was below average are brown.

Plants were doing well in much of southeastern Australia, as indicated by the general green tone of the image. Patches of brown linger where plants were taking longer to respond to the rainfall after several years of drought. The locusts were observed in an arc from Forbes to Echuca. This region is green, indicating a good food supply for the insects, on the edge of a brown area, where food would be less plentiful.

The Australian government and private land owners were taking measures to control the outbreak of plague locusts, said the APLC, but the swarms did have the potential to migrate south into Victoria. Fortunately, the winter and spring crops had matured and were being harvested by the time the swarms developed fully in November, reported The Australian. The locusts prefer green plants.