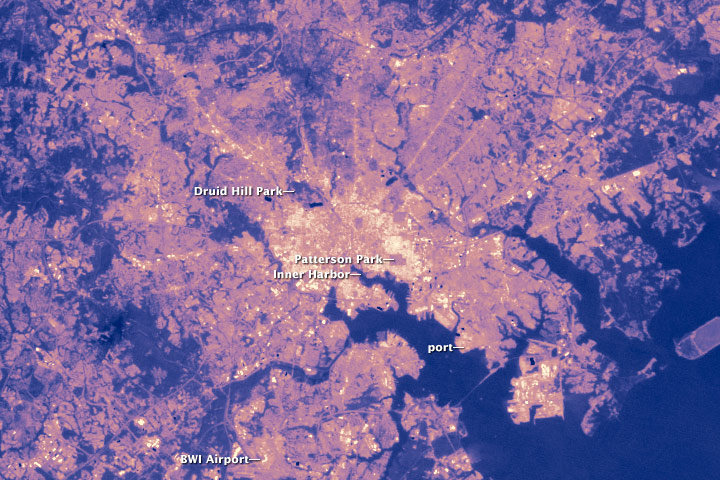 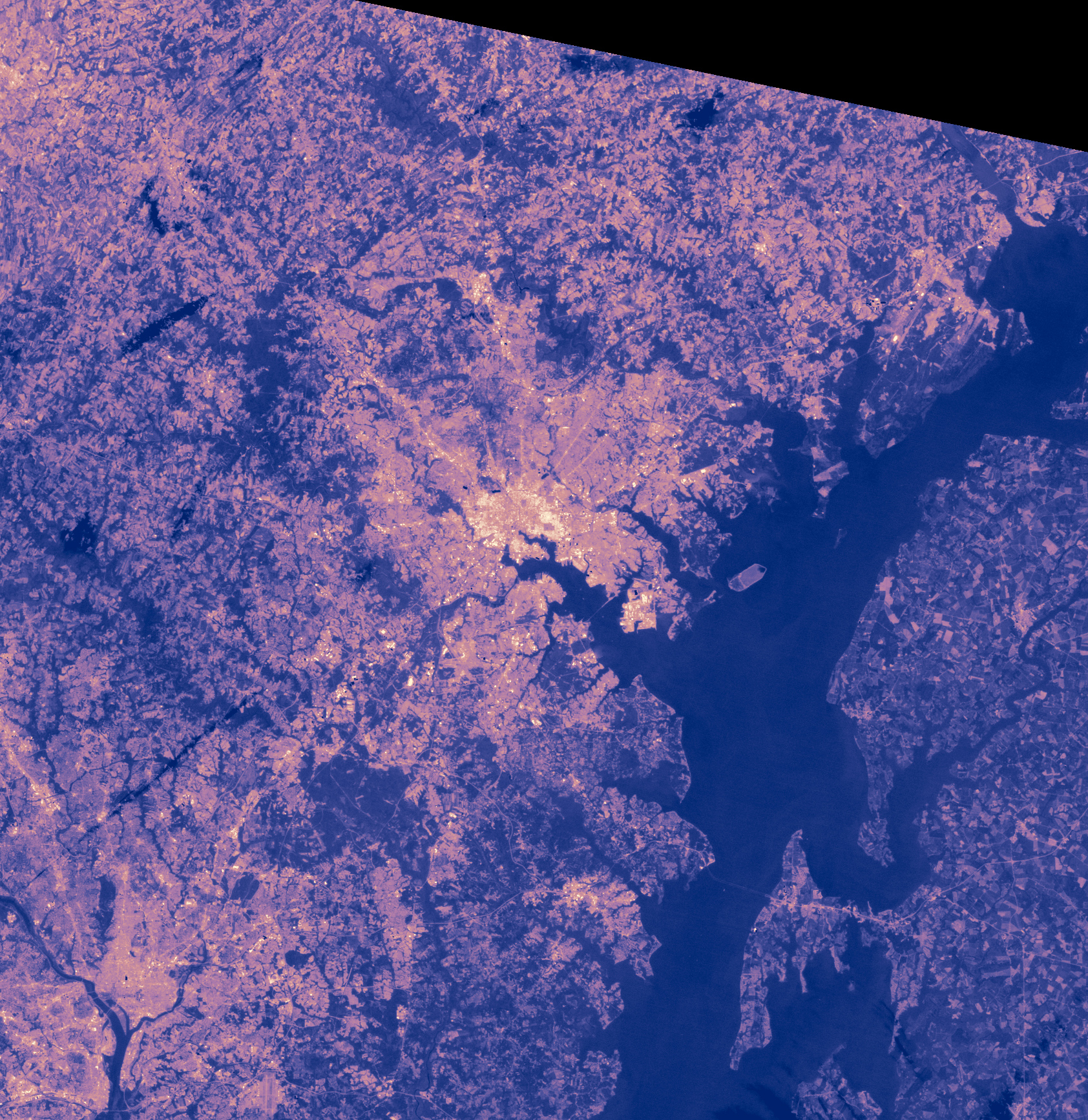 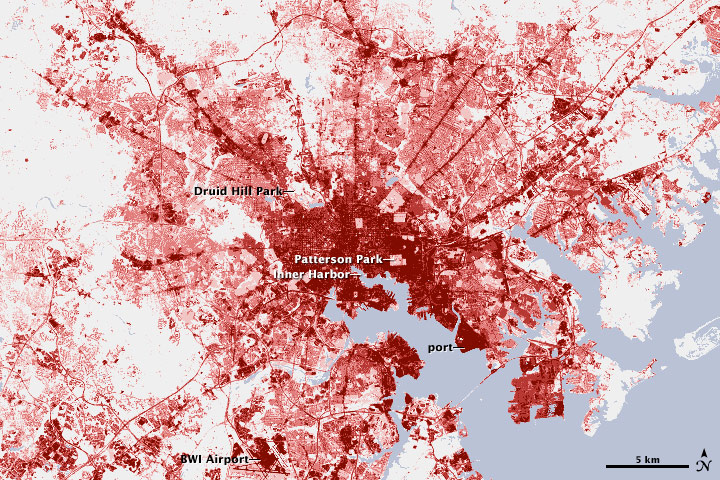 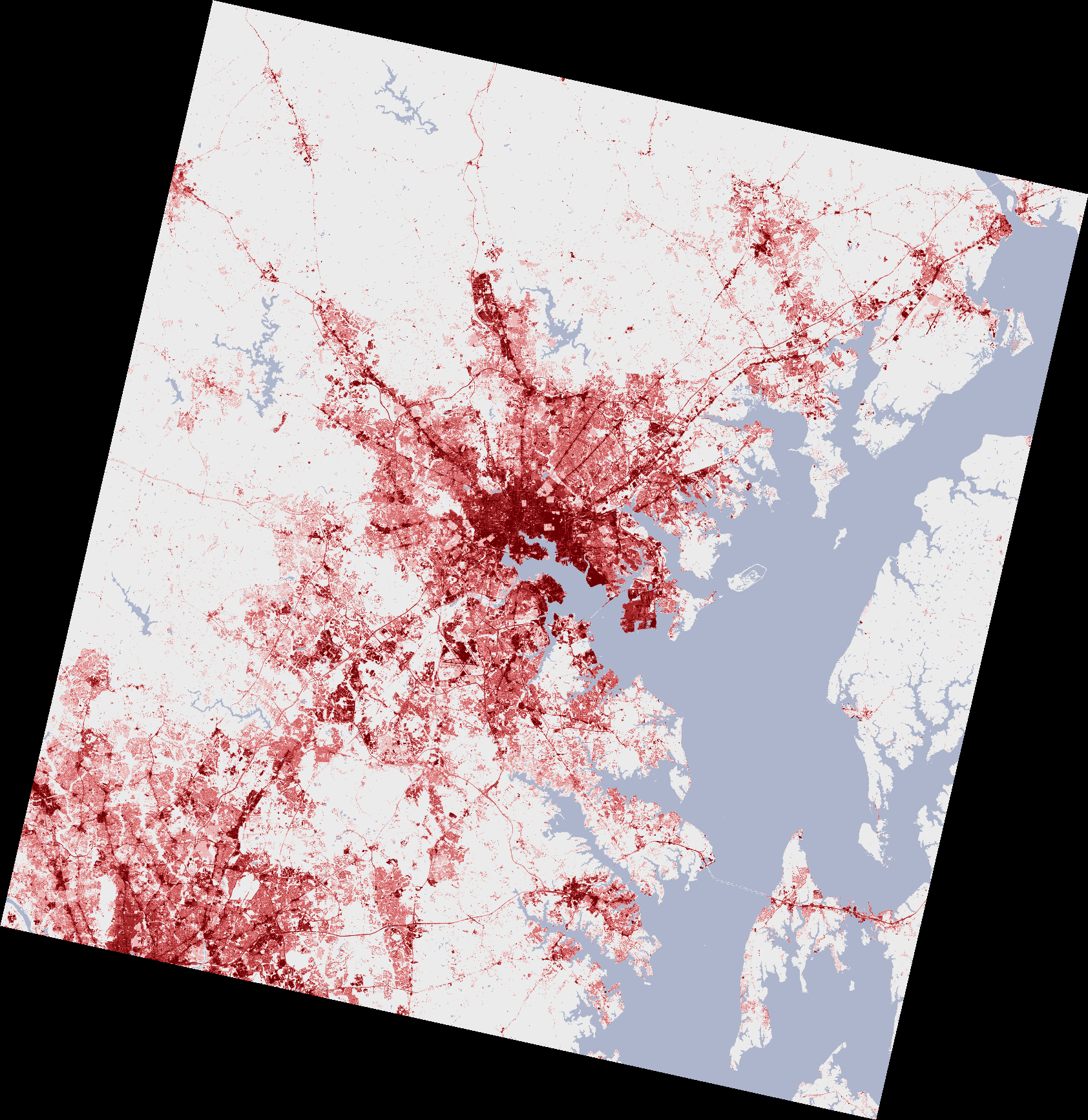 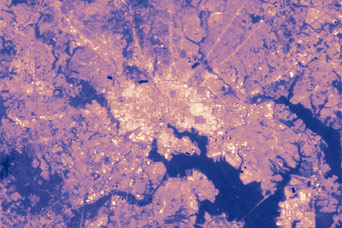 Maps of land surface type and temperature for Baltimore, Maryland, reveal the tight relationship between development and the urban heat island effect. Land temperatures in the densely developed city center are as much as 10 degrees Celsius higher than the surrounding forested landscape.

NASA images by Robert Simmon, based on data from the National Land Cover Database and Landsat 7. Caption by Holli Riebeek.