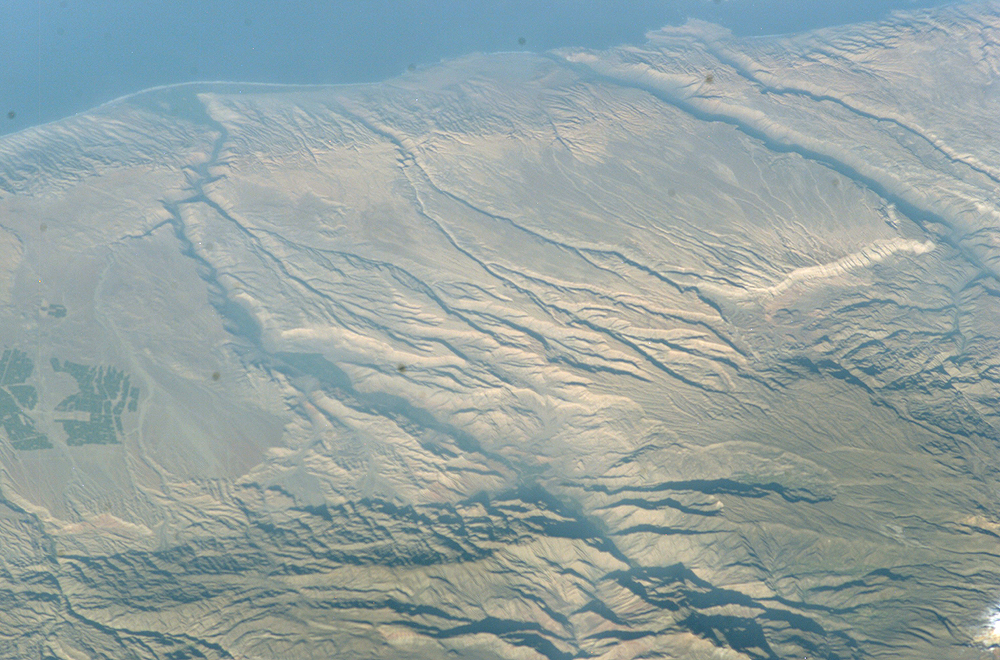 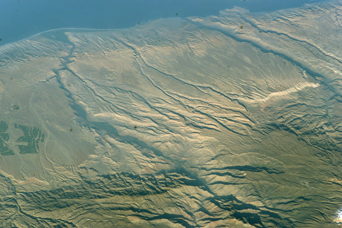 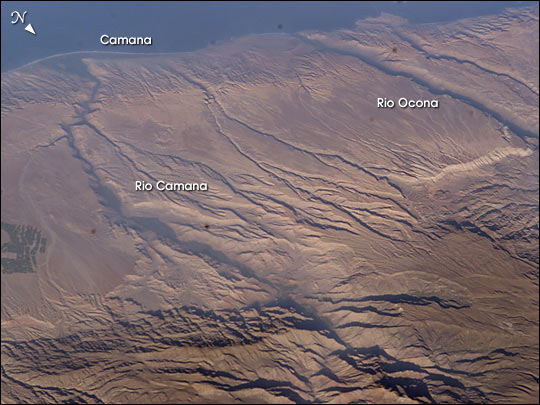 Some of the deepest canyons in the world cut west to the Pacific from the high crest of the Andes Mountains in Peru. This dramatic image taken from the International Space Station provides a birds-eye view down the canyons of the Rio Camana and the Rio Ocona. The low early morning sun highlights the extreme topography created by rapidly uplifting mountains and powerful water erosion by water dropping nearly 10,000 feet (more than 3000 m) in this view. At the edge of the image is the snowy flanks of Nevado Coropuna, the highest mountain in the Cordillera Occidental (6613 meters).

Astronaut photograph ISS007-E-7388 was taken with an Electronic Still Camera equipped with 180mm lens on June 14, 2003. The image is provided by the Earth Sciences and Image Analysis Laboratory at Johnson Space Center. Additional images taken by astronauts and cosmonauts can be viewed at the NASA-JSC Gateway to Astronaut Photography of Earth.