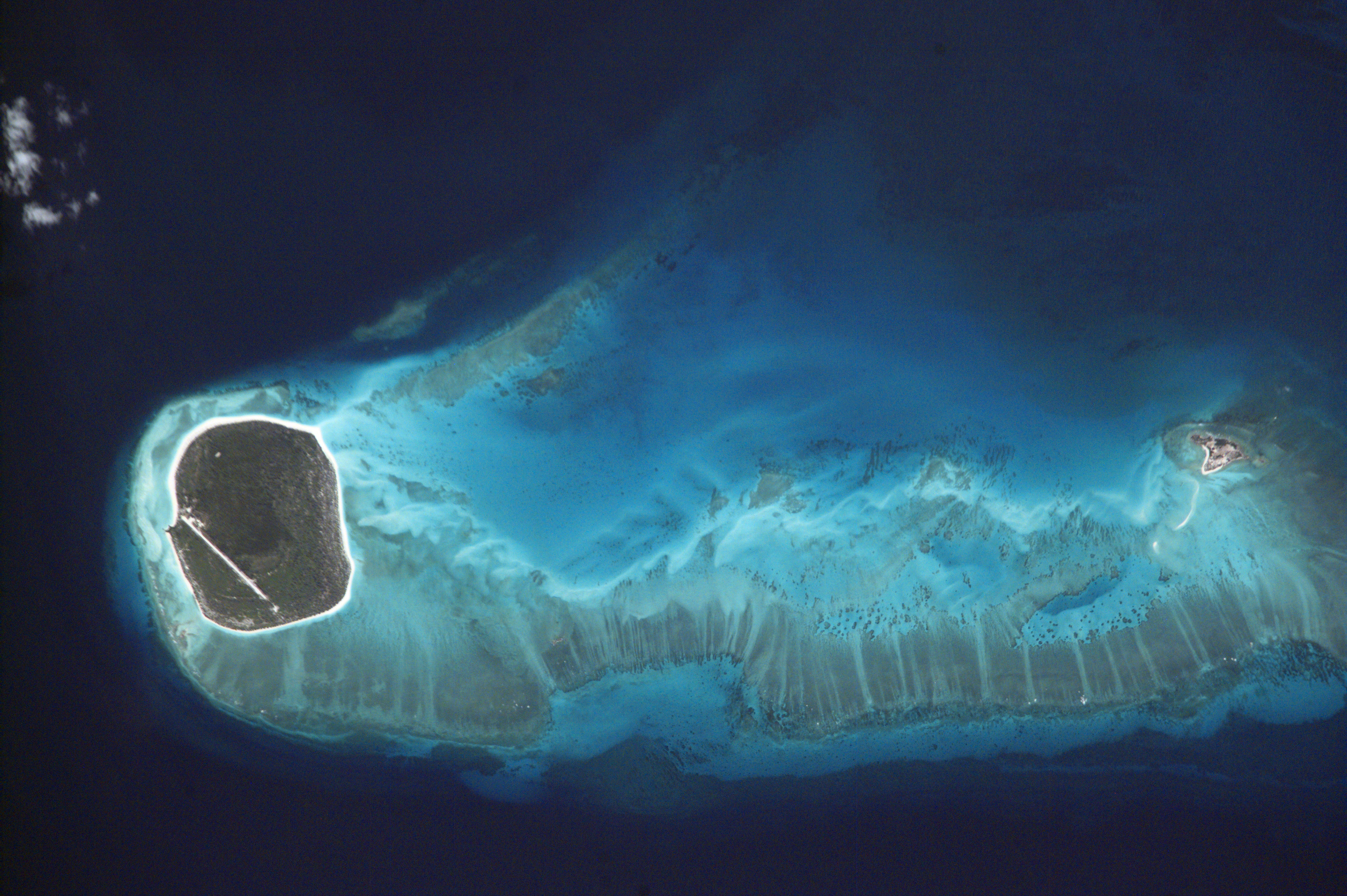 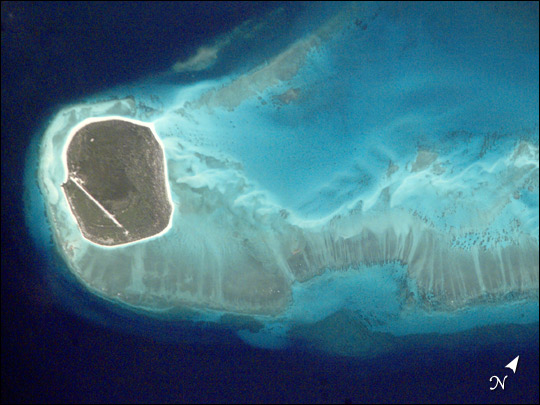 The Îles Eparses (scattered islets) dot the Indian Ocean to the west and north of Madagascar. The islands were protected by the French government in 1975 because of their importance for turtles and seabird nesting. This astronaut photograph, taken on June 17, 2001, from the International Space Station, shows details of the reefs surrounding Îles Glorieuses, one group in the Îles Eparses. The image was used to plan the 2002–03 field expeditions conducted by Agence pour la Recherche et la Valorisation Marines.

Text provided by J.-Pascal Quod (ARVAM). More information on the studies of the importance of the îles Eparses can be found in Reef Encounter vol. 32, pages 33-36.
The astronaut photographs were taken with a Kodak DCS760 digital camera and provided by Julie A. Robinson (Lockheed Martin / Earth Observations Laboratory, Johnson Space Center). The International Space Station Program supports the laboratory to help astronauts take pictures of Earth that will be of the greatest value to scientists and the public, and to make those images freely available on the Internet. Additional images taken by astronauts and cosmonauts can be viewed at the NASA/JSC Gateway to Astronaut Photography of Earth.