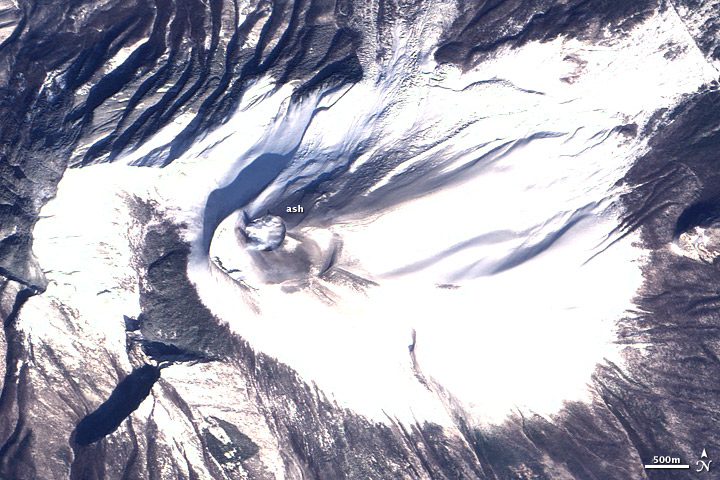 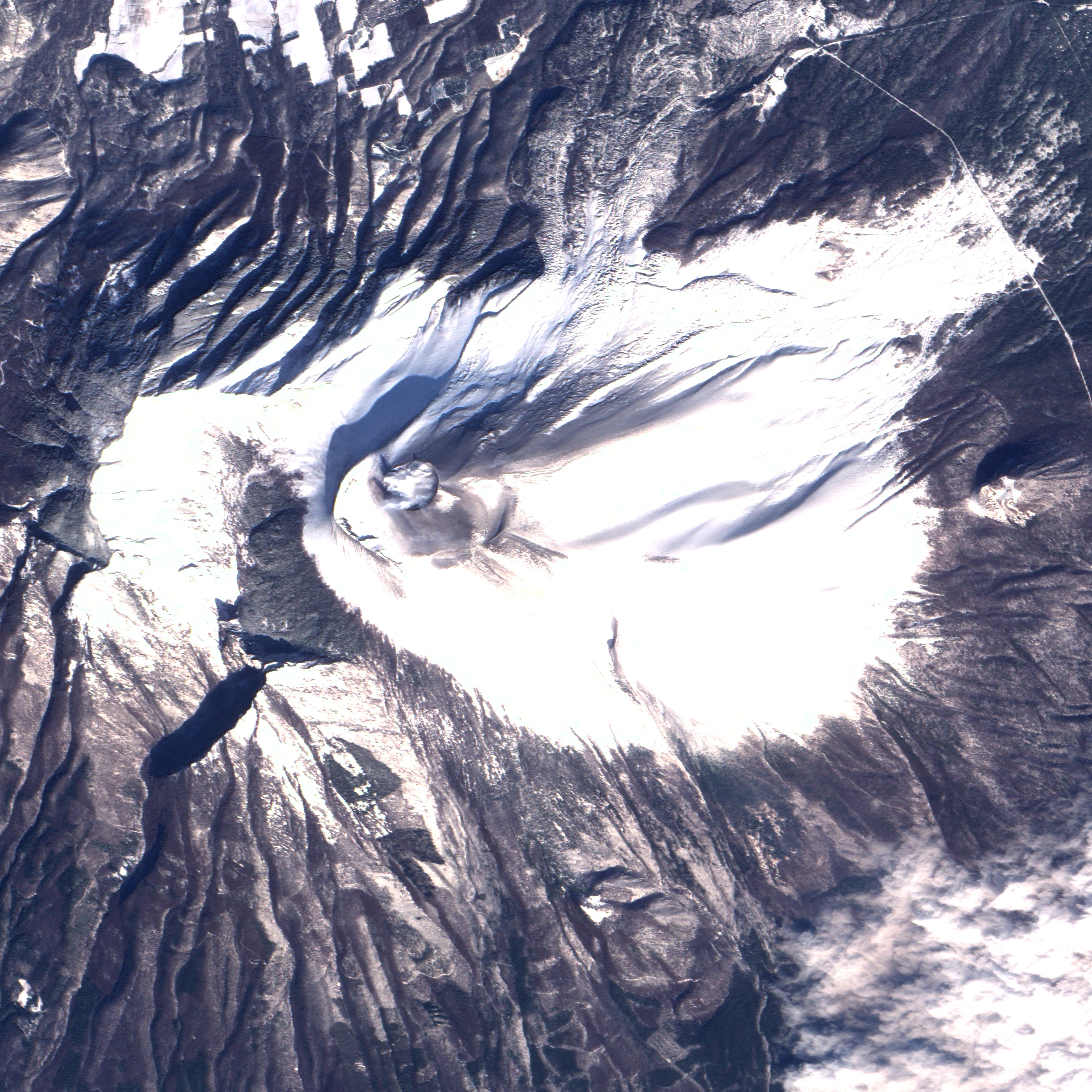 Volcanic ash covers the upper slopes of Mount Asama, the most active volcano on the island of Honshu, Japan