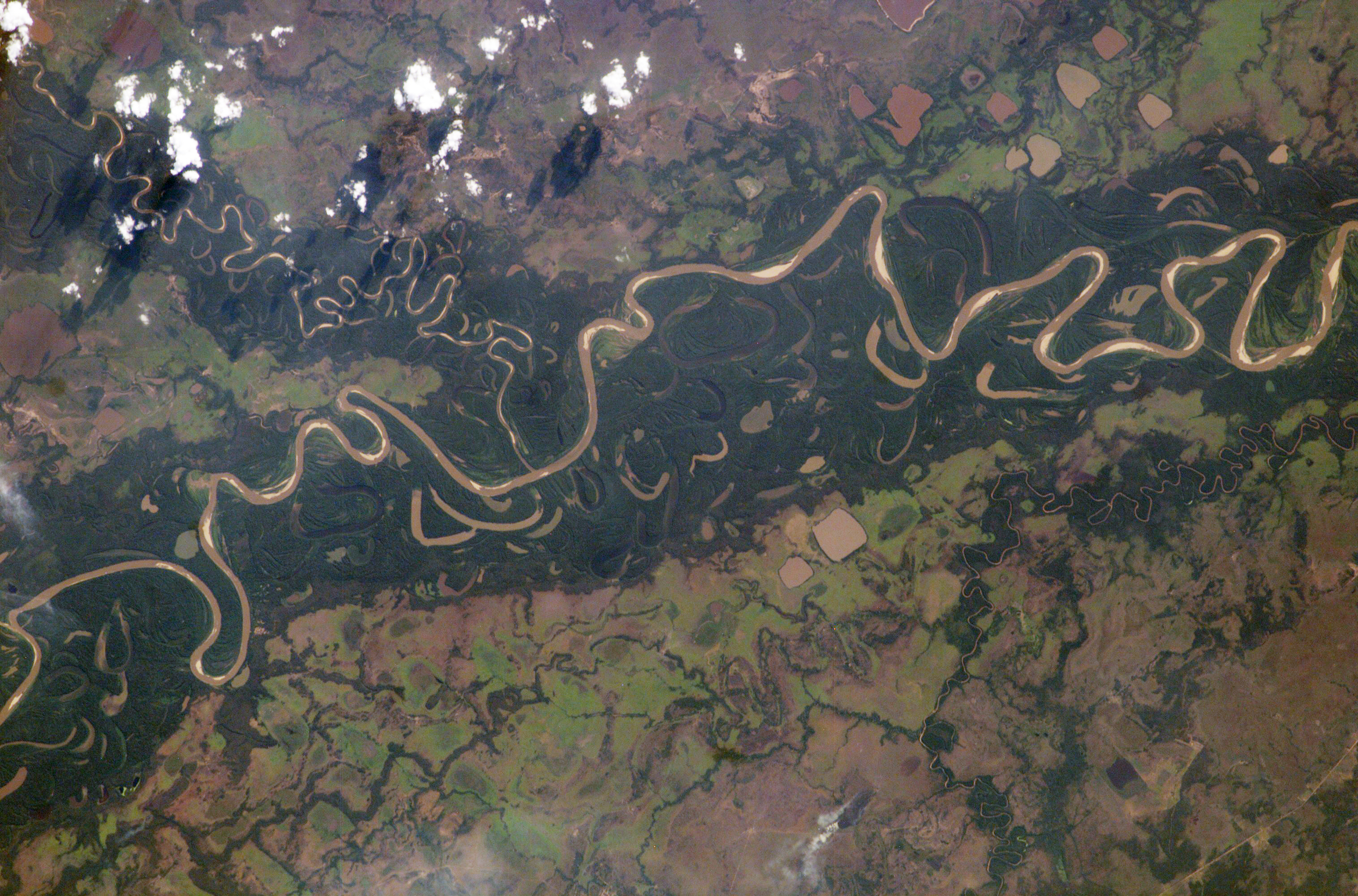 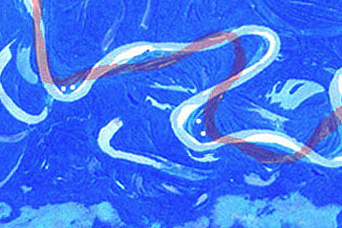 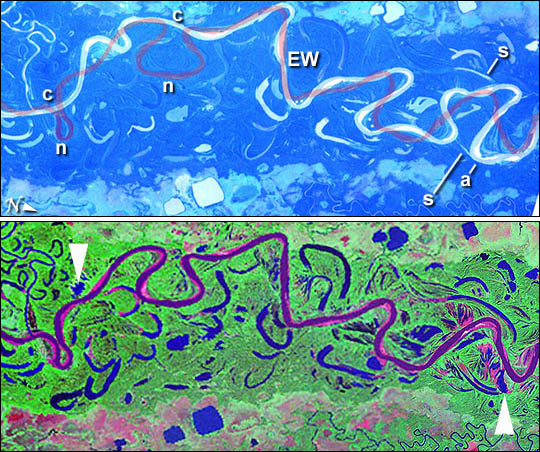 Changes in the Mamore River, Bolivia

The Mamore River drains north from the Andes Mts. in lowland Bolivia. An image taken in July 2003 from the International Space Station (ISS007-E-10797, 14 June 2003, 12:36 GMT) shows an 85 km stretch of the river south of the lowland town of Trinidad in the Beni Province. Numerous changes in river pattern are visible in the decade since Landsat imagery of the same area was acquired.

This image originally appeared in the NASA Earth Observatory story Changes in the Mamore River, Bolivia.

Astronaut photograph ISS007-E-10797 was taken with a Kodak DCS760 digital camera equipped with a 180 mm lens and provided by the Earth Observations Laboratory, Johnson Space Center. The International Space Station Program supports the laboratory to help astronauts take pictures of Earth that will be of the greatest value to scientists and the public, and to make those images freely available on the Internet. Additional images taken by astronauts and cosmonauts can be viewed at the NASA/JSC Gateway to Astronaut Photography of Earth.