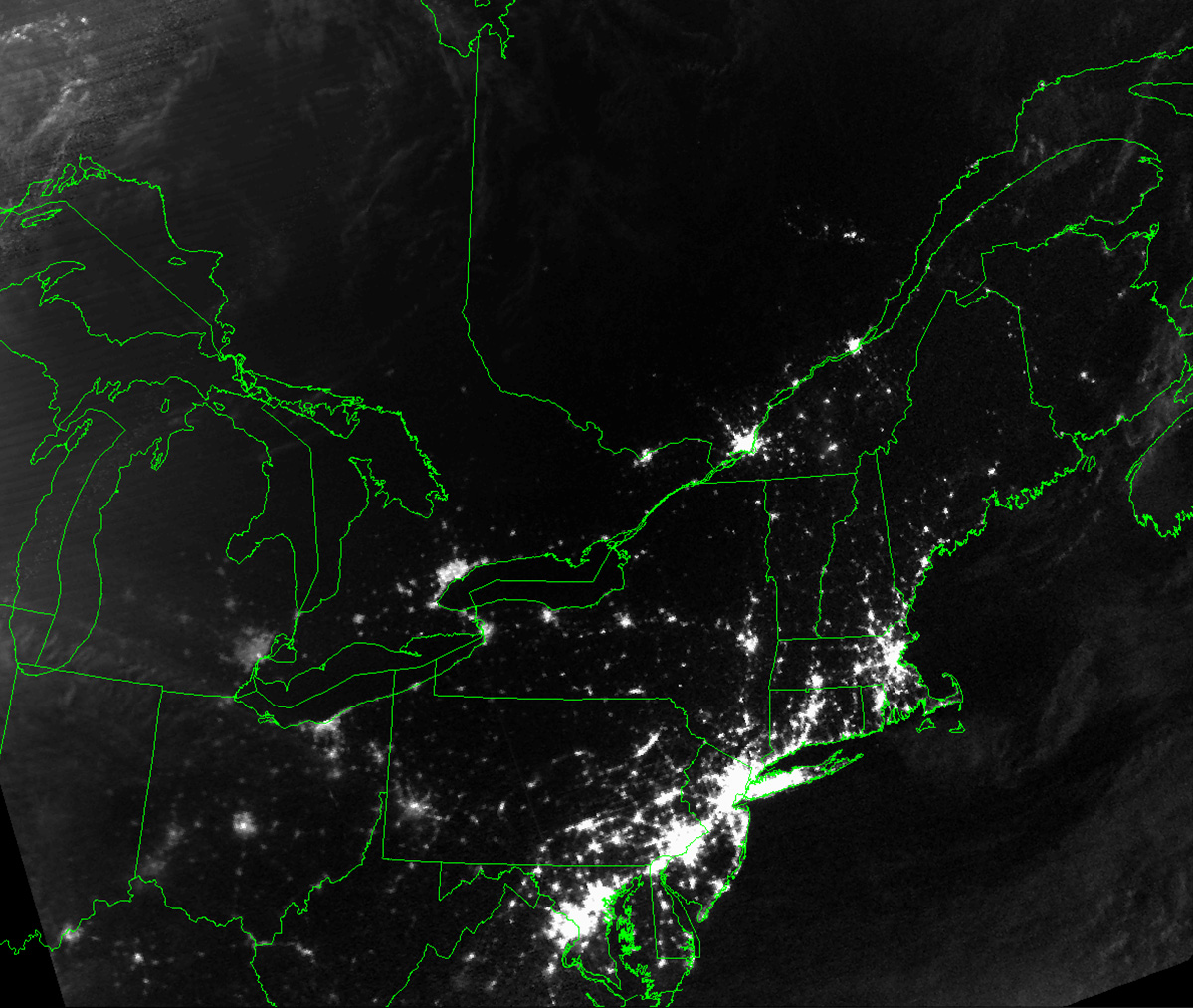 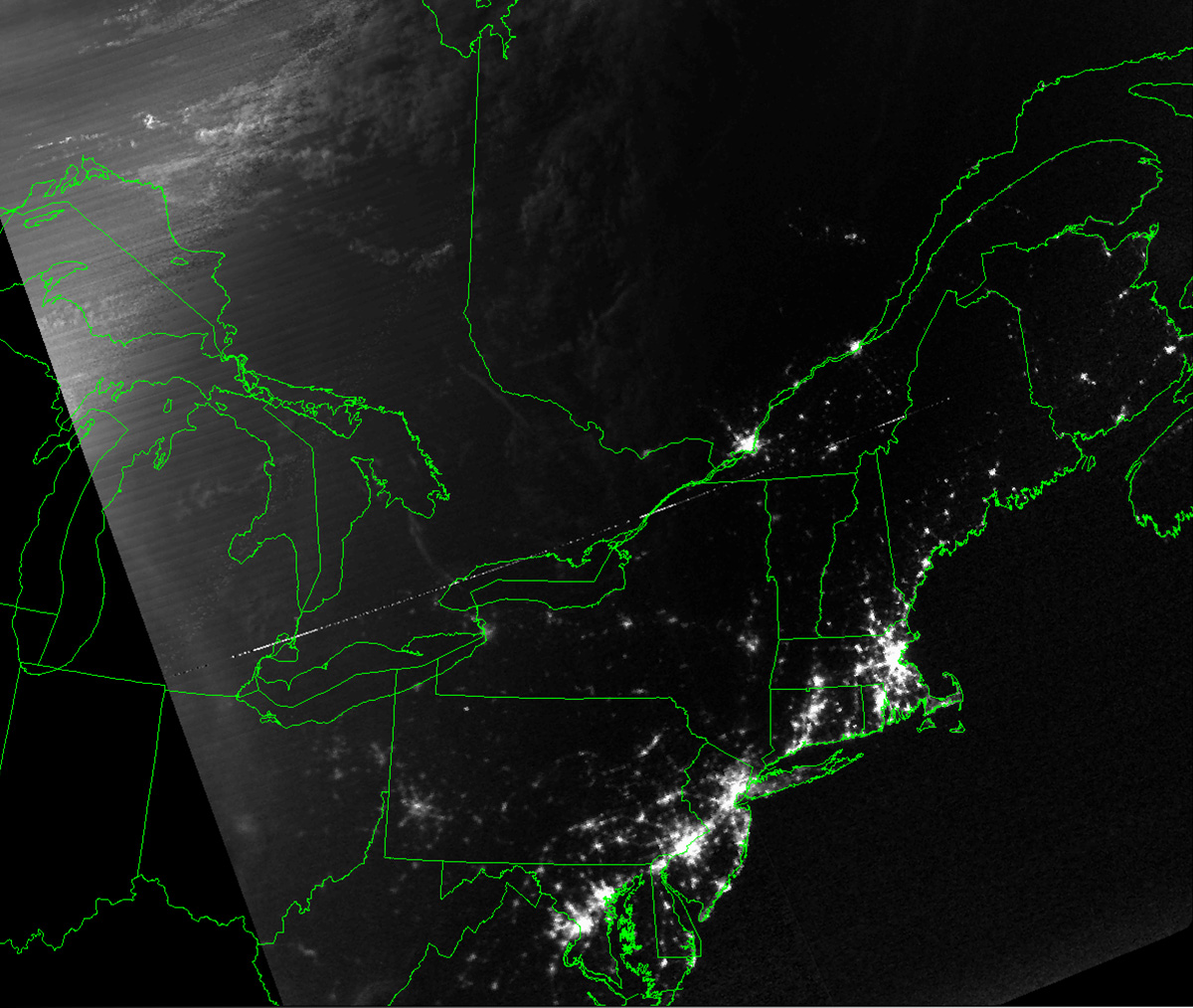 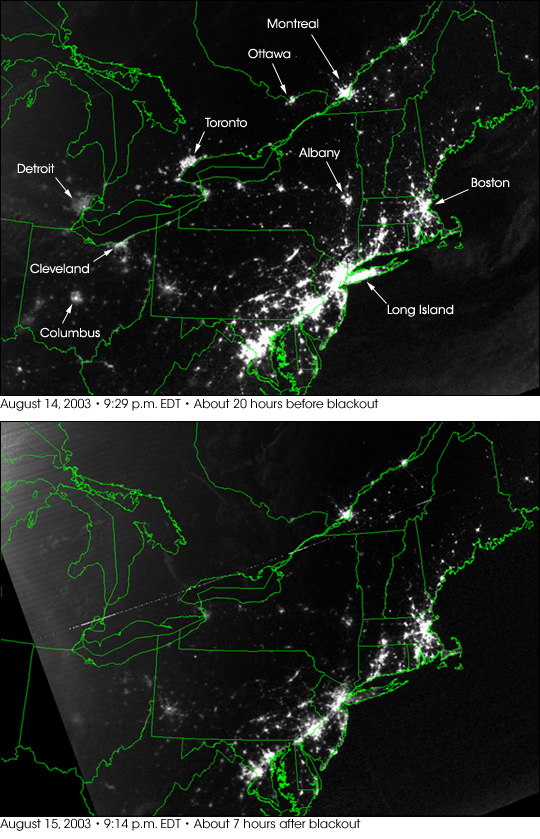 A power outage left many major American cities in the dark on August 14, 2003. The blackout was apparent from the perspective of space in this pair of DMSP satellite images.