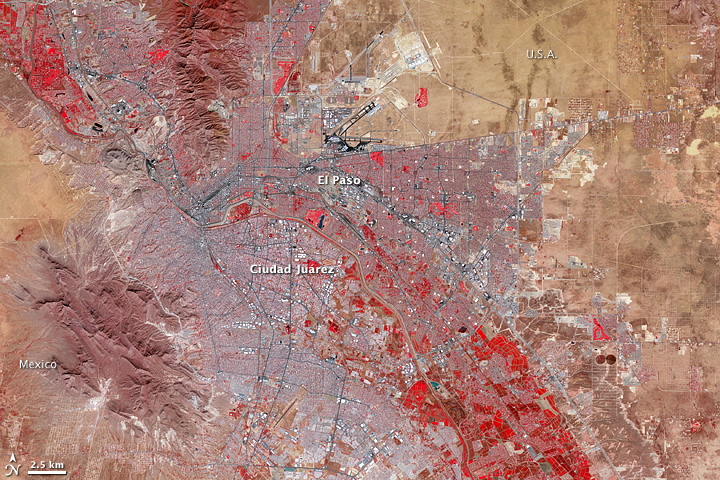 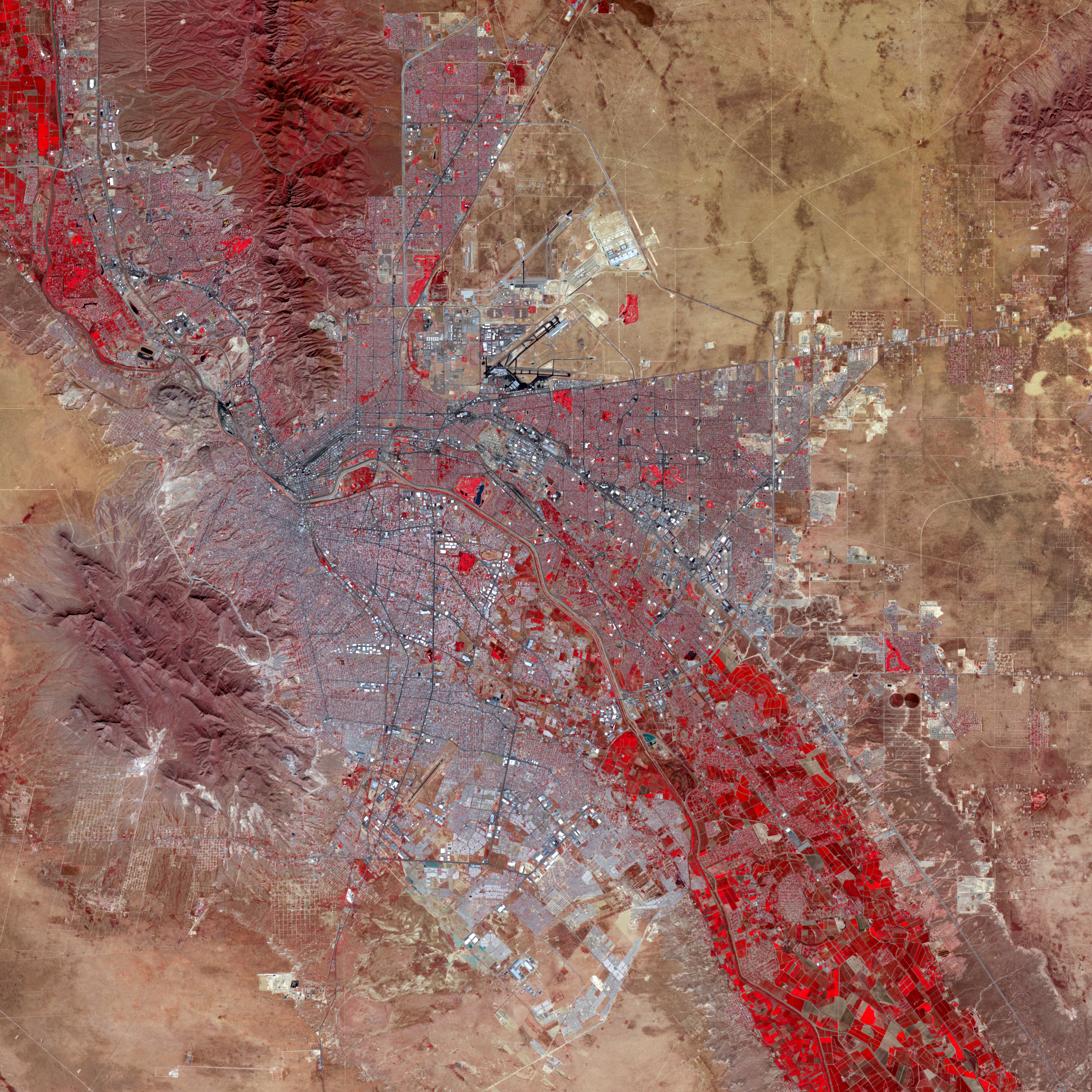 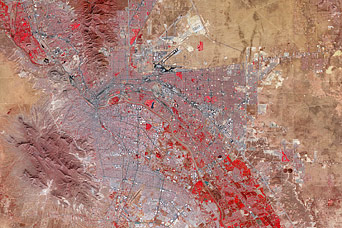 Though governed by separate countries, the cities of El Paso, Texas, and Juarez, Mexico, merge into an apparently seamless metropolis in this satellite image, but vegetation is confined mostly to the United States' side of the border.