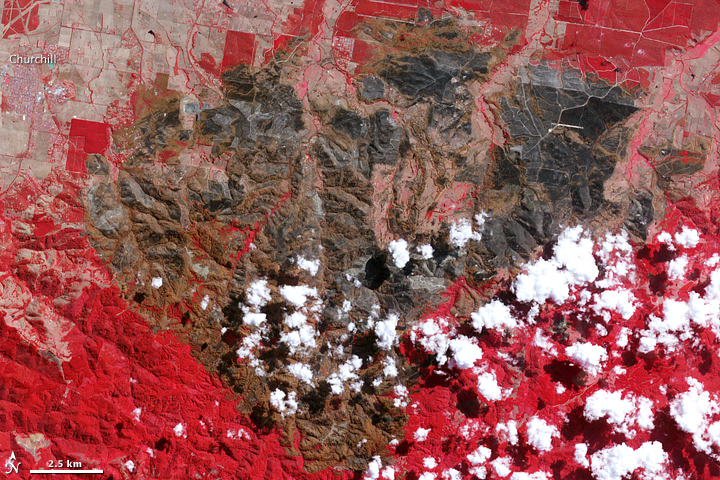 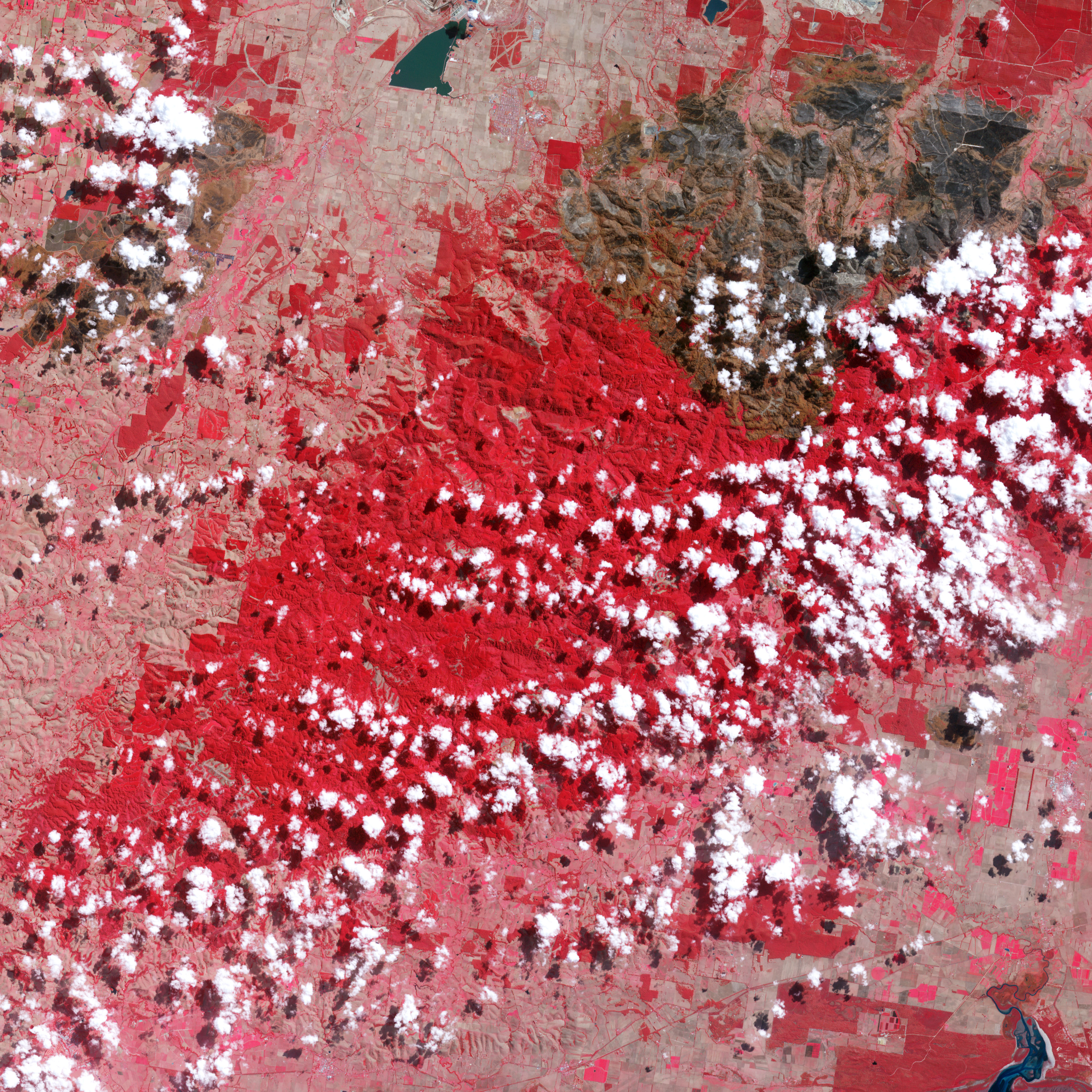 East of Churchill, Victoria, a burn scar left by one of the deadly Australian bushfires in February 2009 sprawls across the landscape in this image captured by the Advanced Spaceborne Thermal Emission and Reflection Radiometer (ASTER) on NASA’s Terra satellite on March 14.