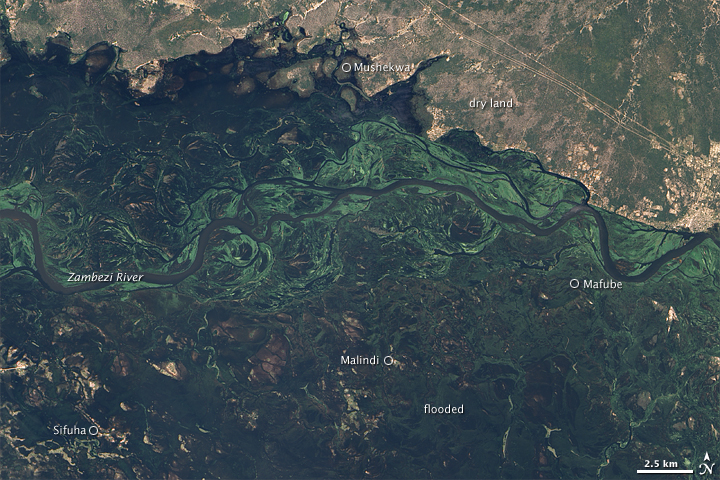 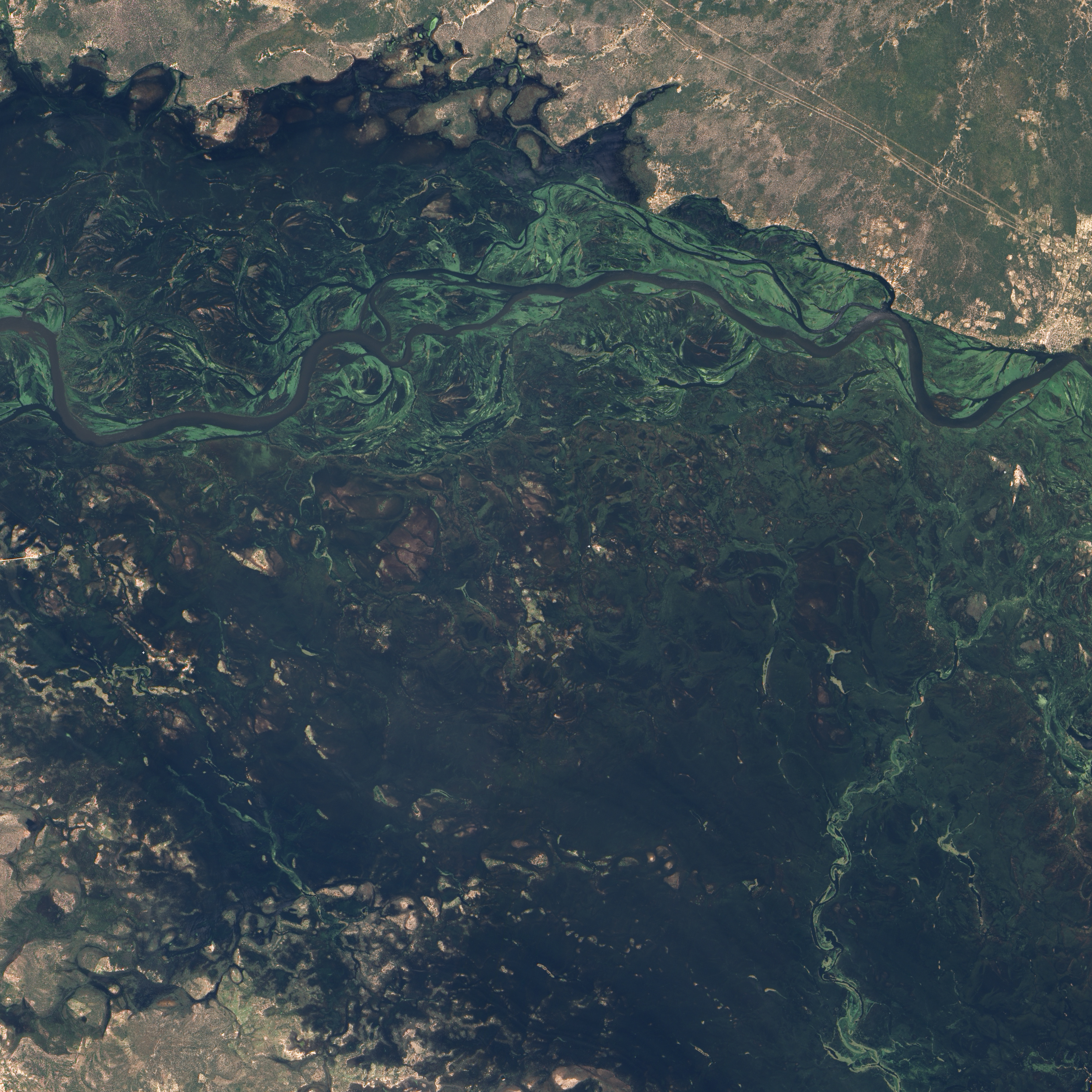 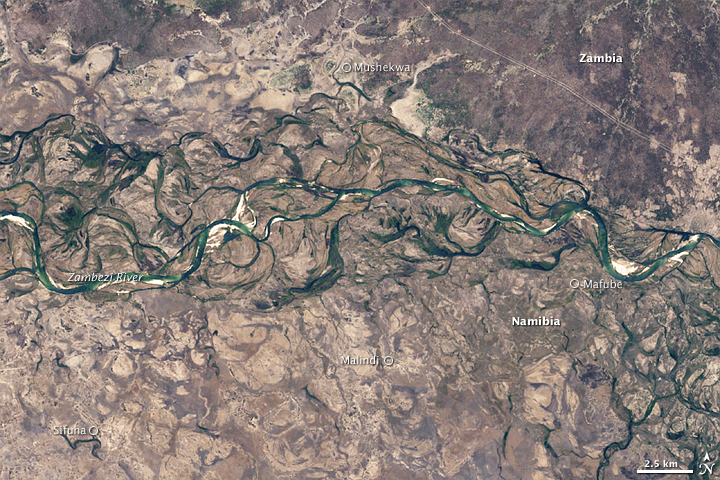 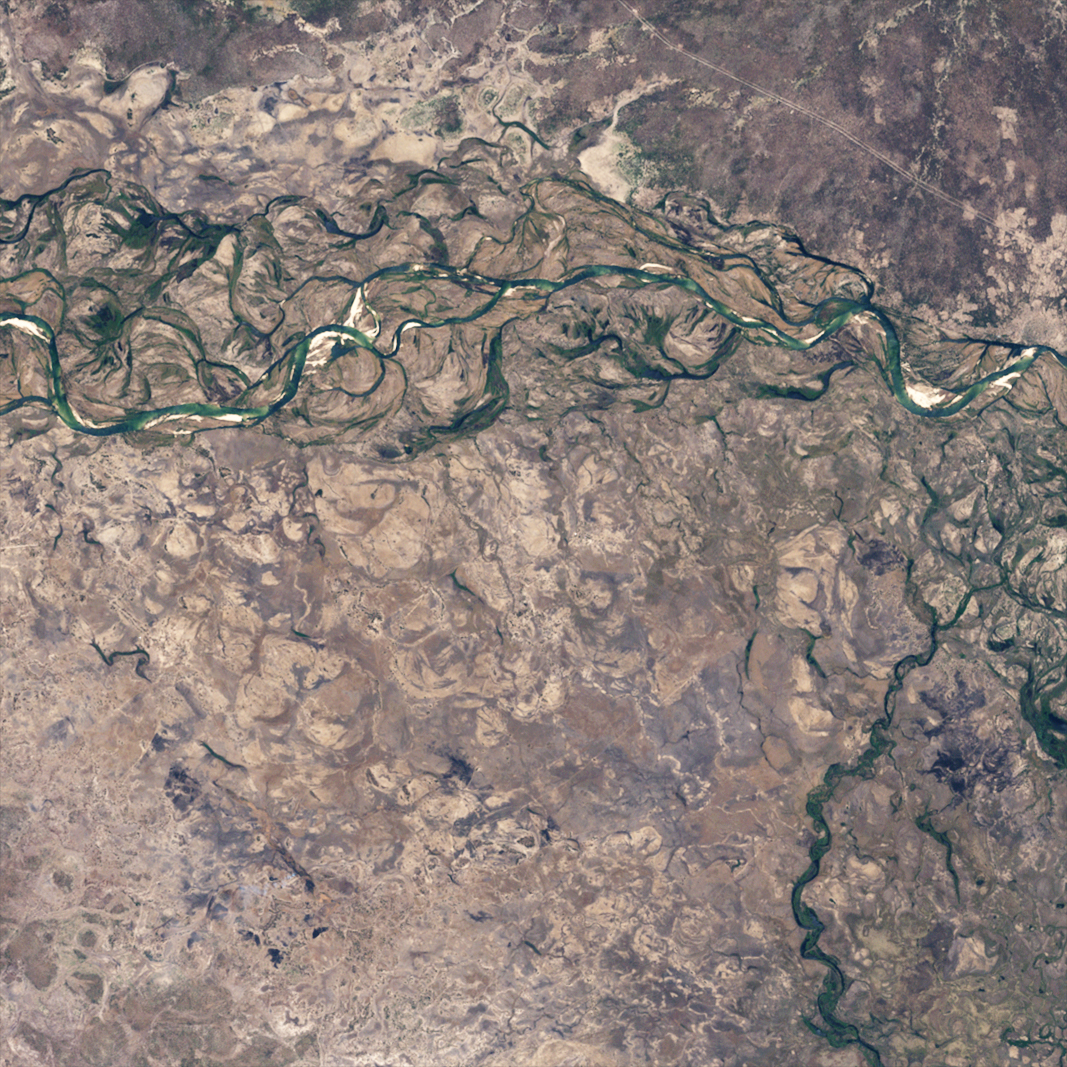 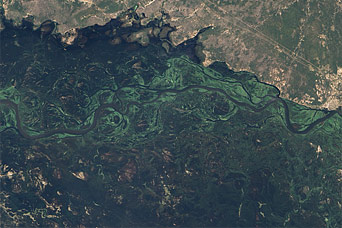 This pair of images illustrates the dramatic flooding of the Zambezi River in Namibia in late March 2009.