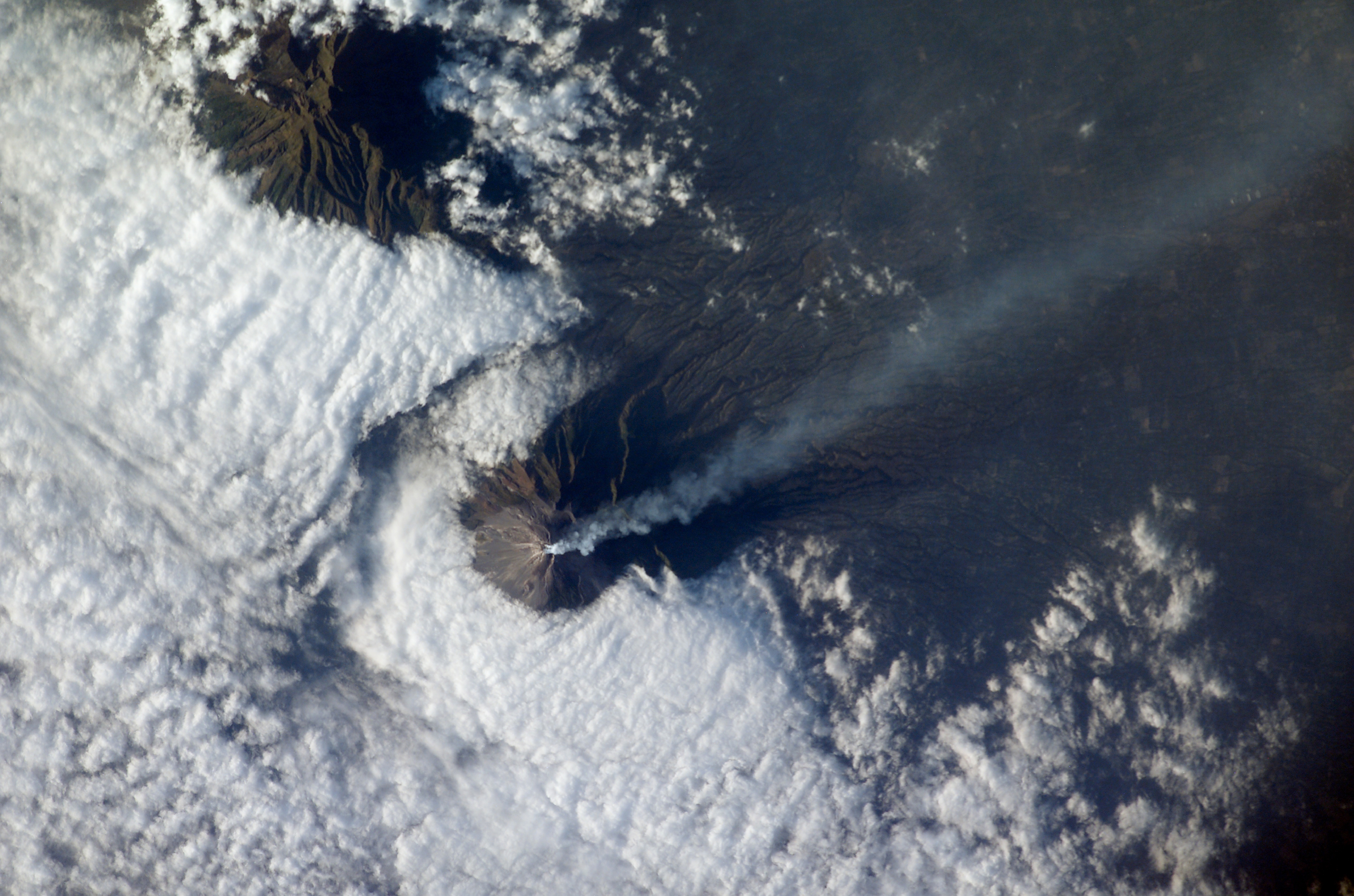 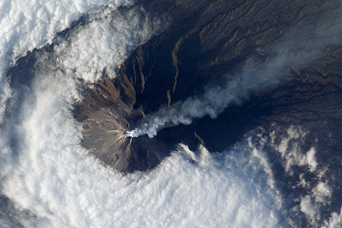 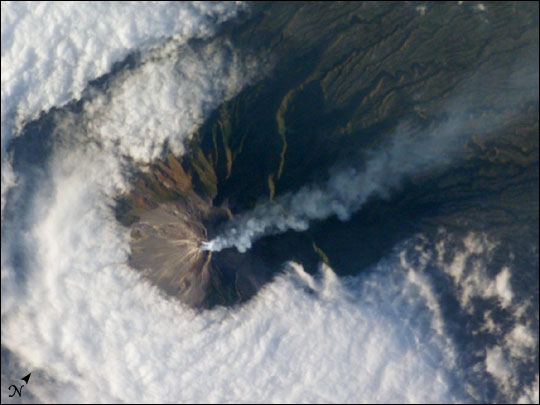 At 2,911 meters, the summit of Merapi Volcano and its vigorous steam plume rises above a bank of stratus clouds on its southern flank on August 24, 2003. One of Indonesia’s most active volcanoes, it has been almost continuously active for nearly ten years, including periodic pyroclastic flows (hot ash and rock debris) and avalanches. The volcano is located less than 25 miles north of the city of Yogykarta in central Java. More than 50,000 people live adjacent the treacherous southwestern slope, where volcanic material often sloughs from the unstable summit. Note the deep ravines on the eastern slopes providing rich soils and moisture to the agriculture below.

Astronaut photograph ISS007-E-13327 was taken August 24, 2003 with a Kodak DCS760 digital camera equipped with an 400mm lens and provided by Cynthia A. Evans (Lockheed Martin / Earth Observations Laboratory, Johnson Space Center). The International Space Station Program supports the laboratory to help astronauts take pictures of Earth that will be of the greatest value to scientists and the public, and to make those images freely available on the Internet. Additional images taken by astronauts and cosmonauts can be viewed at the NASA/JSC Gateway to Astronaut Photography of Earth.