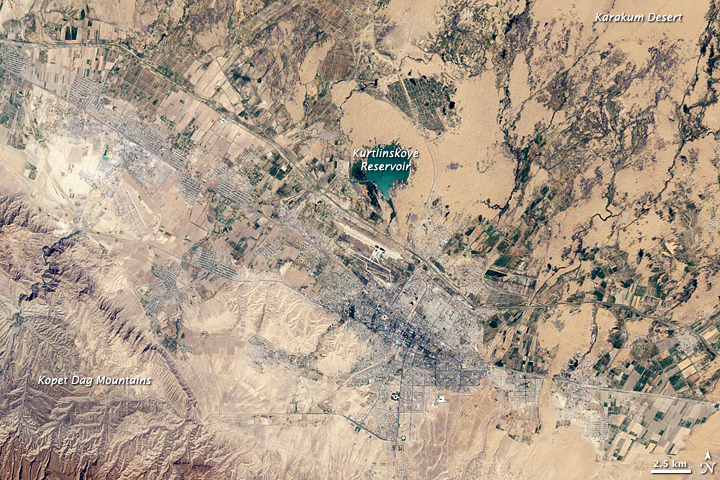 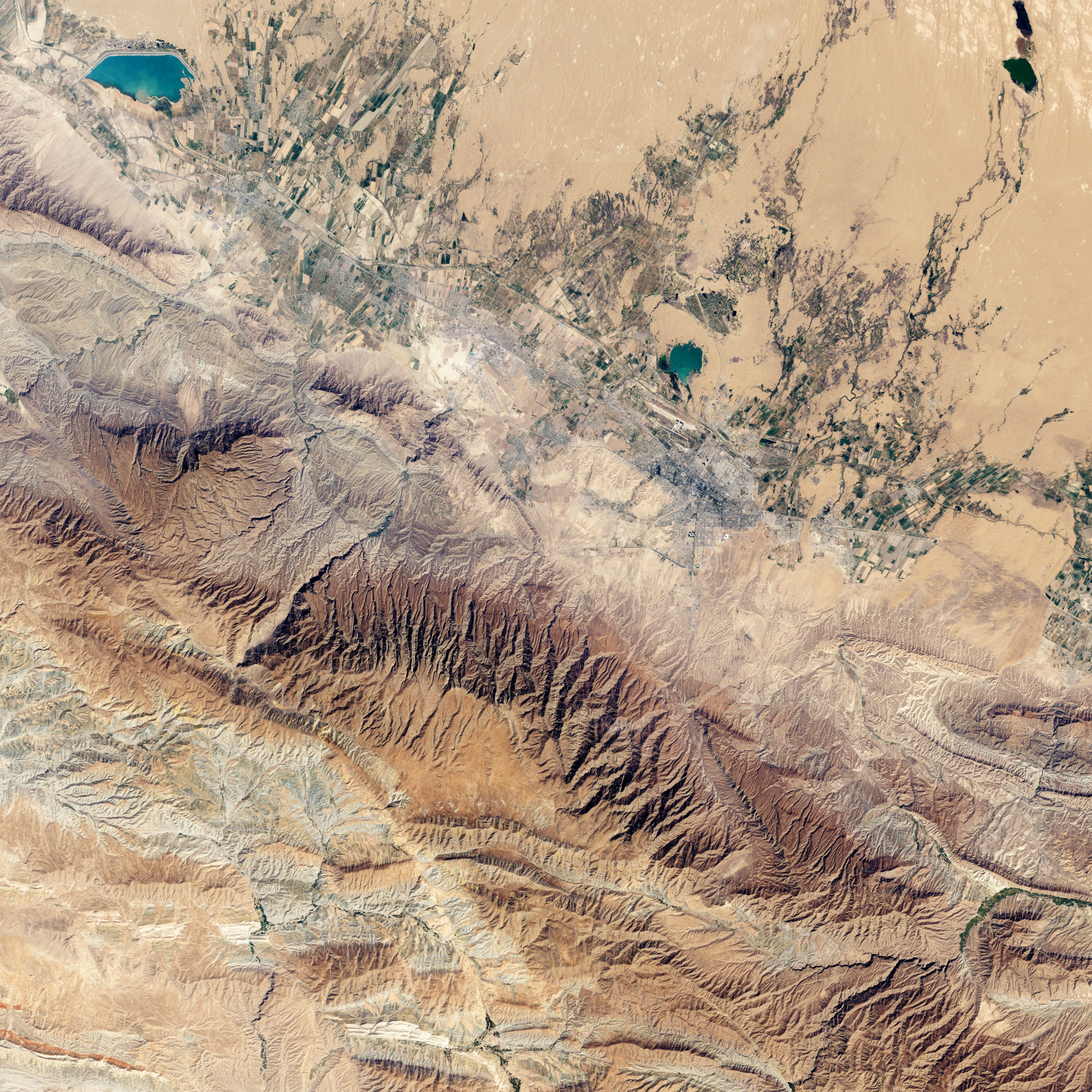 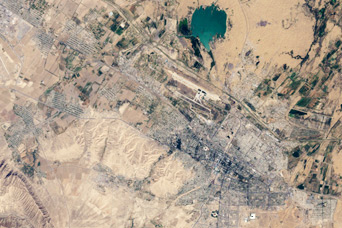 This true-color image shows the city of Ashgabat, turkmenistan, and its arid surroundings on September 11, 2001.