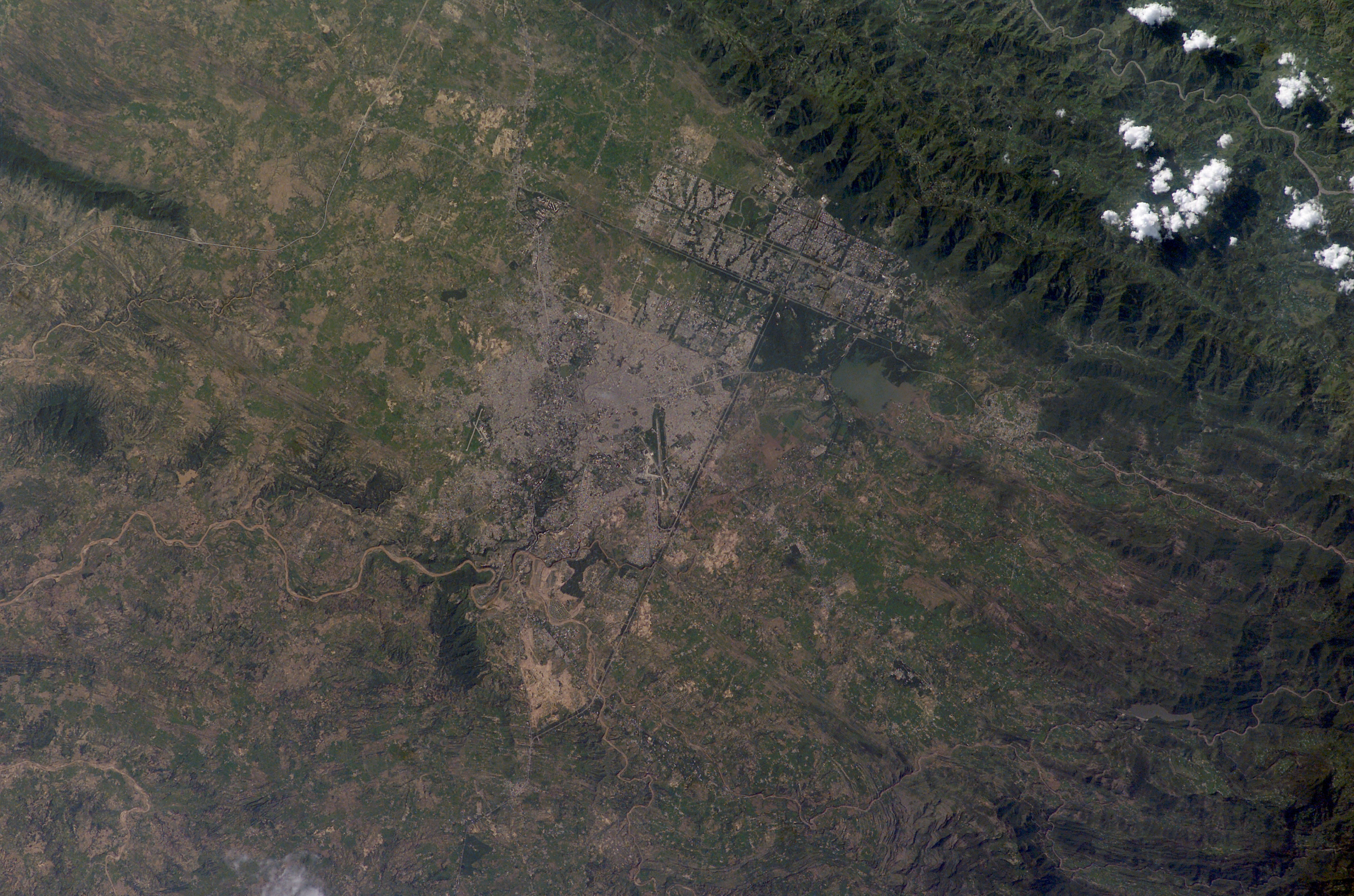 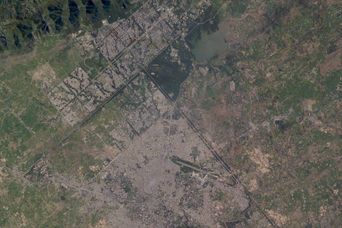 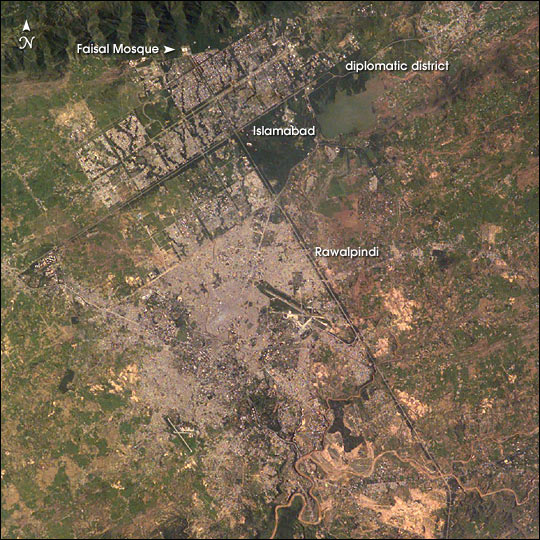 Two capital cities in Pakistan lie next to one another but display land use patterns that are entirely different. Islamabad, with a population of 901,000 (ca. 1998) boasts a master-planned rectangular street pattern nestled against the Margala Hills (top left). The larger Rawalpindi (population 1,406,214 in 1998) lies to the south on the Soan River. Islamabad has grown rapidly since construction began in 1961. It was created as a new administrative district in Pakistan to be the home of government, the supreme court, and the diplomatic corps. The great white building of the Faisal Mosque appears on the northern margin of the city. By contrast with orthogonal Islamabad, Rawalpindi displays the radial land transportation pattern of many cities with a river flowing through the city center. City blocks are small and growth less controlled than in its newer neighbor.

Astronaut photograph ISS007-E-13090 was taken August 21, 2003 with a Kodak DCS760 digital camera equipped with a 180 mm lens. Image interpretation is provided by M. Justin Wilkinson (Lockheed Martin/Earth Observations Laboratory, Johnson Space Center). The International Space Station Program supports the laboratory to help astronauts take pictures of Earth that will be of the greatest value to scientists and the public, and to make those images freely available on the Internet. Additional images taken by astronauts and cosmonauts can be viewed at the NASA/JSC Gateway to Astronaut Photography of Earth.