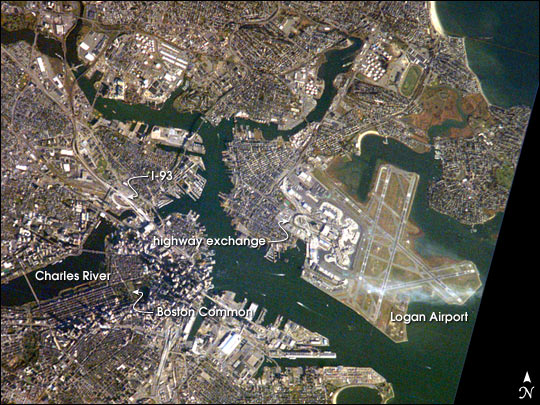 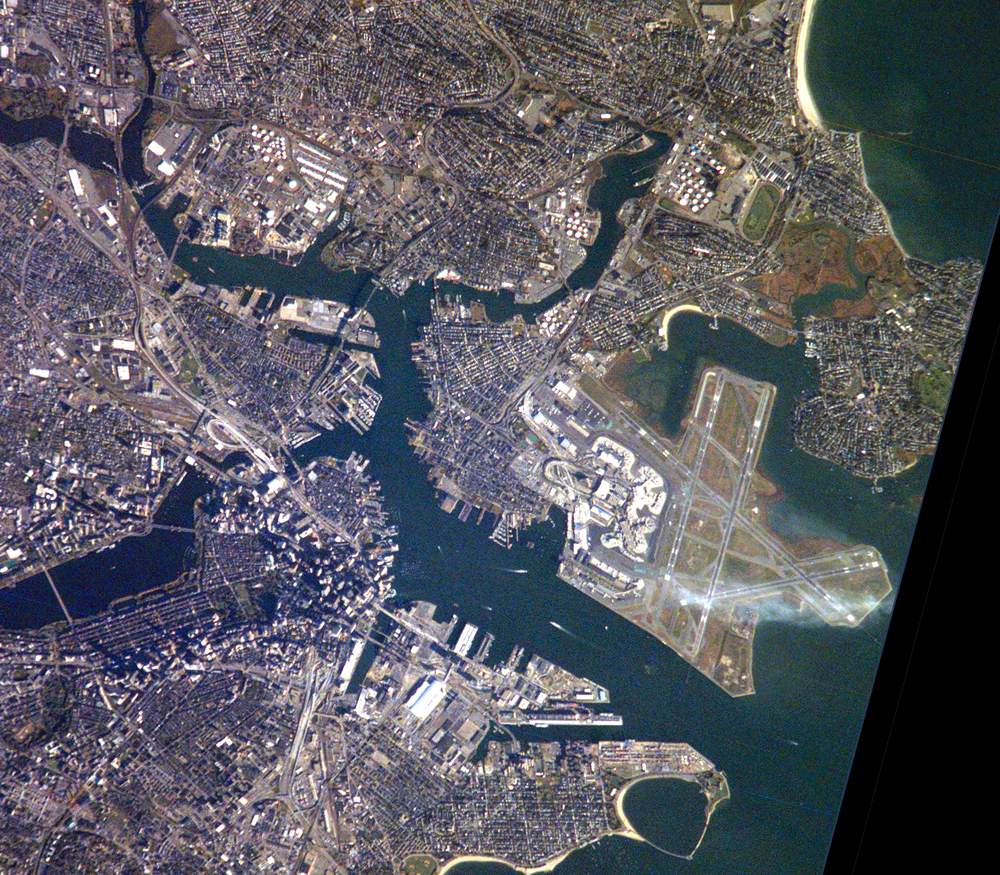 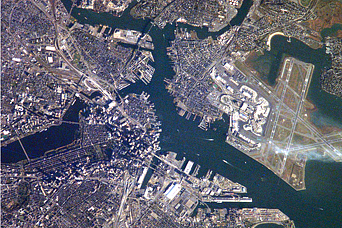 This image provides a good bird’s-eye view of the center of the city, including famous colonial and independence locations extending from Boston Common to the North End.

Astronaut photograph ISS007-E-17770 was taken October 20 , 2003 with a Kodak DCS760 digital camera equipped with an 800 mm lens and provided by Cynthia A. Evans (Lockheed Martin / Earth Observations Laboratory, Johnson Space Center). The International Space Station Program supports the laboratory to help astronauts take pictures of Earth that will be of the greatest value to scientists and the public, and to make those images freely available on the Internet. Additional images taken by astronauts and cosmonauts can be viewed at the NASA/JSC Gateway to Astronaut Photography of Earth.