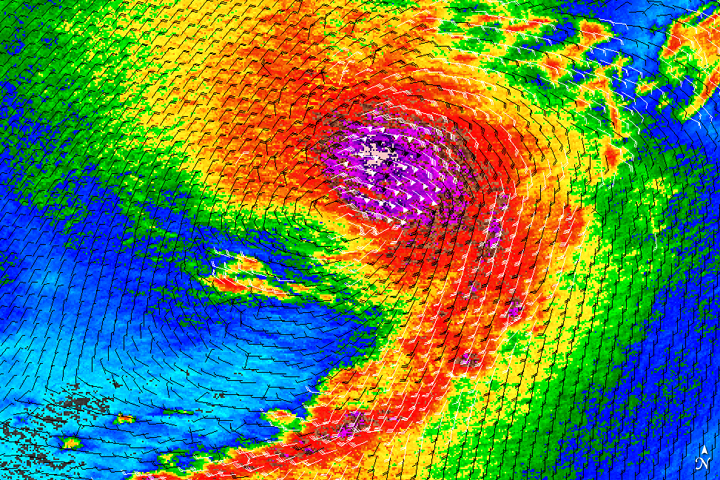 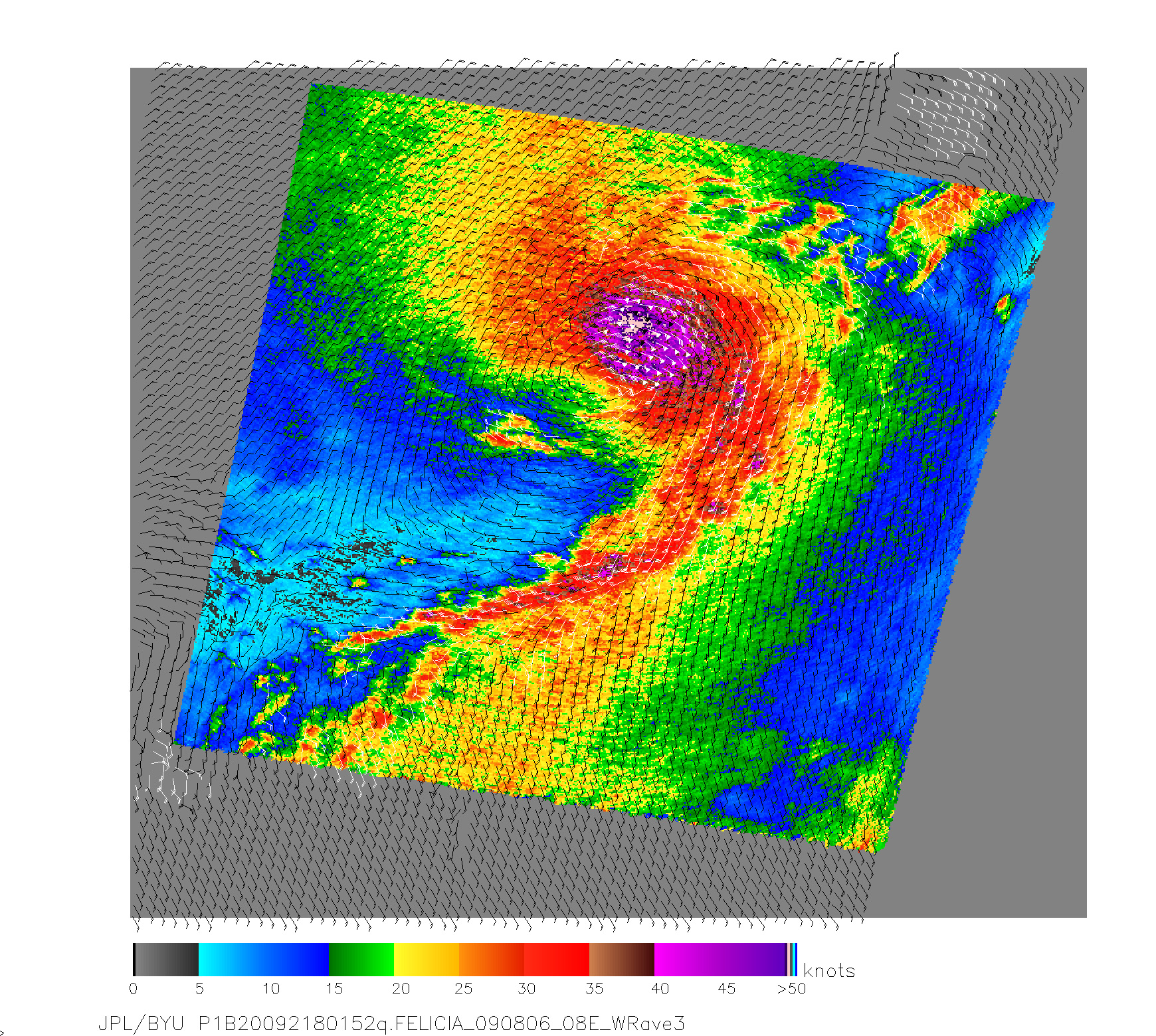 Felicia had a compact, strong center, surrounded by distinctive bands of strong wind when QuikSCAT acquired this image on August 6, 2009.