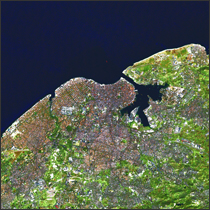 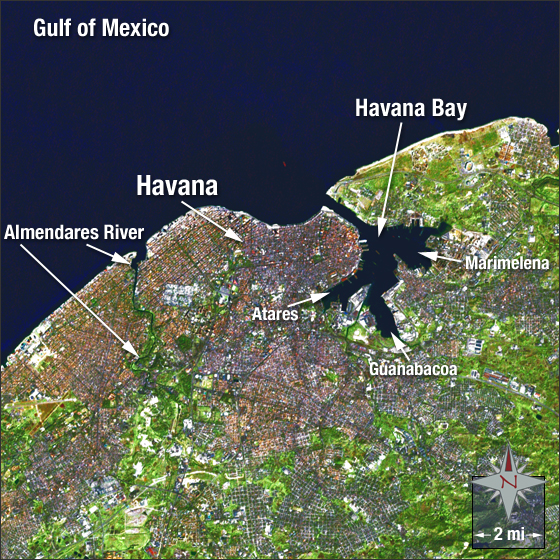 Havana (La Habana) is the capital of Cuba, located in the northwestern section of the island. Havana is the largest city in the Caribbean with a population of approximately 2.4 million. The Almendares River, located in the Western part of Havana, flows from south to north into the Straits of Florida.

In this image you can see Havana in grey and red surrounded by vegetation in the south (colored green). The Gulf of Mexico appears a dark blue. The Havana Bay enters the city via a narrow inlet to make up three harbors: Marimelena, Guanabacoa, and Atares.

This Landsat 7 pan-sharpened image of Havana was acquired on November 29, 2001. This is a natural-color image using ETM+ bands 3, 2, 1 and the panchromatic band. Havana falls on Landsat WRS-2 Path 16 Row 44.