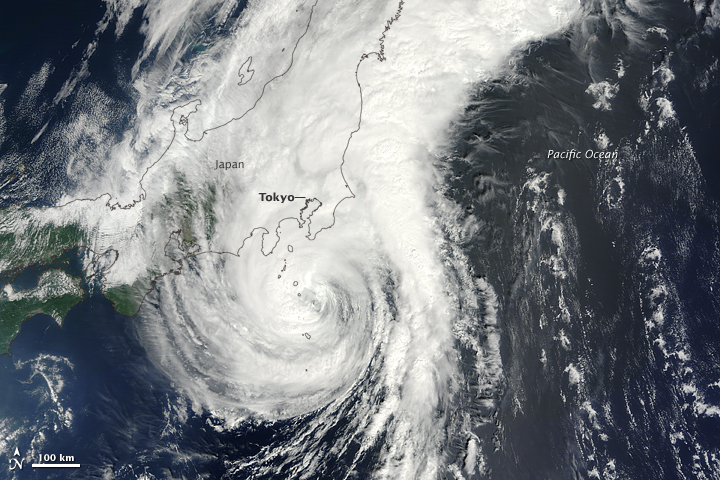 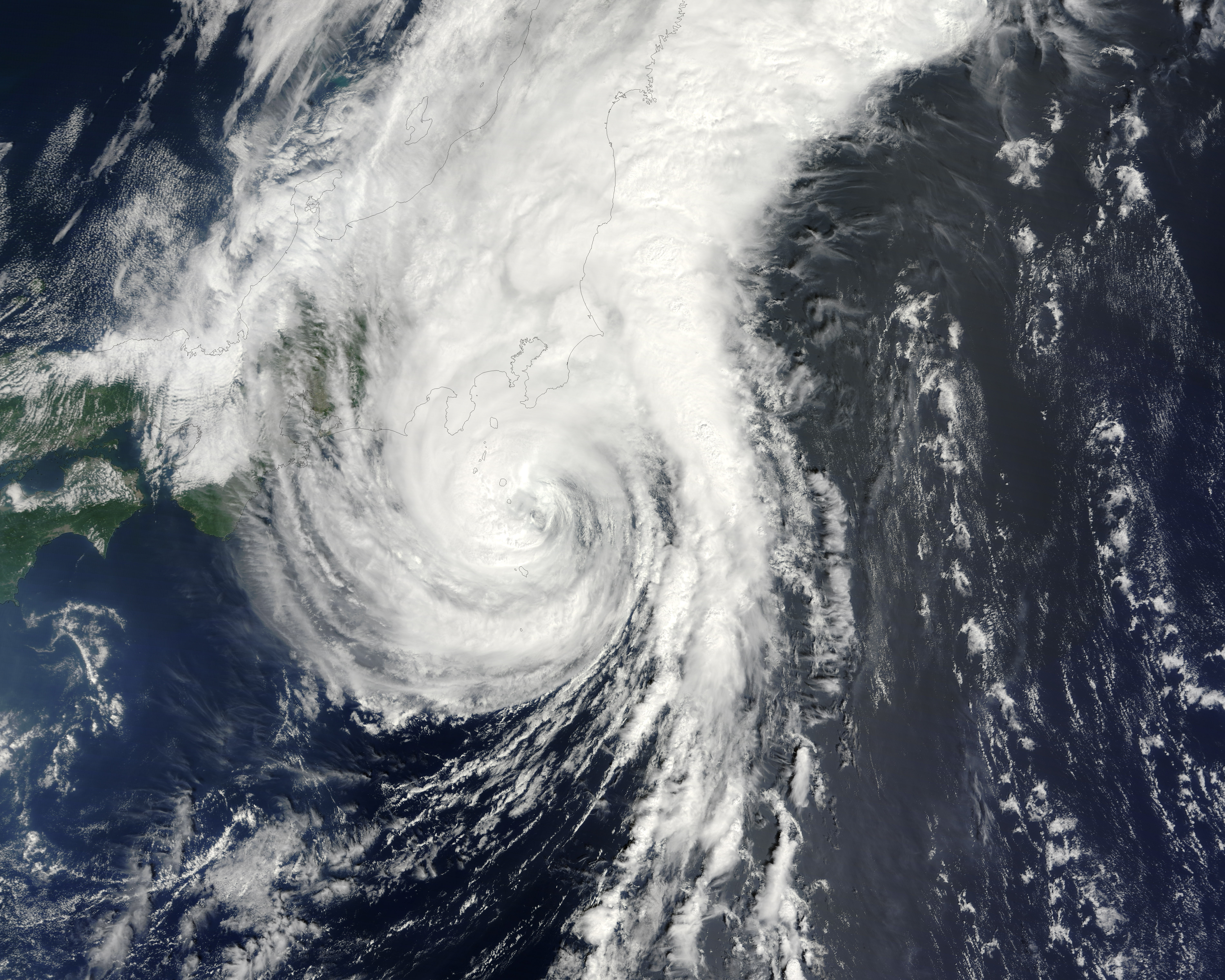 Tropical Storm Krovanh blew along the coastline of Japan, near the capital city, Tokyo, on August 31, 2009. According to a bulletin issued by the Joint Typhoon Warning Center the same day, the storm had sustained winds of 50 knots (93 kilometers per hour) with gusts up to 65 knots (120 kilometers per hour). Roughly 94 nautical miles (about 175 kilometers) east-northeast of Tokyo, the storm had been traveling toward the northeast.

The Moderate Resolution Imaging Spectroradiometer (MODIS) on NASA’s Terra satellite captured this true-color image around 10:20 a.m. local time (1:20 UTC) on August 31, 2009. The eye of the storm appears to hover over the ocean south of Tokyo, but cloud cover extends over much of the island.

The high-resolution image provided above is at MODIS’ full spatial resolution (level of detail) of 250 meters per pixel. The MODIS Rapid Response System provides this image at additional resolutions.