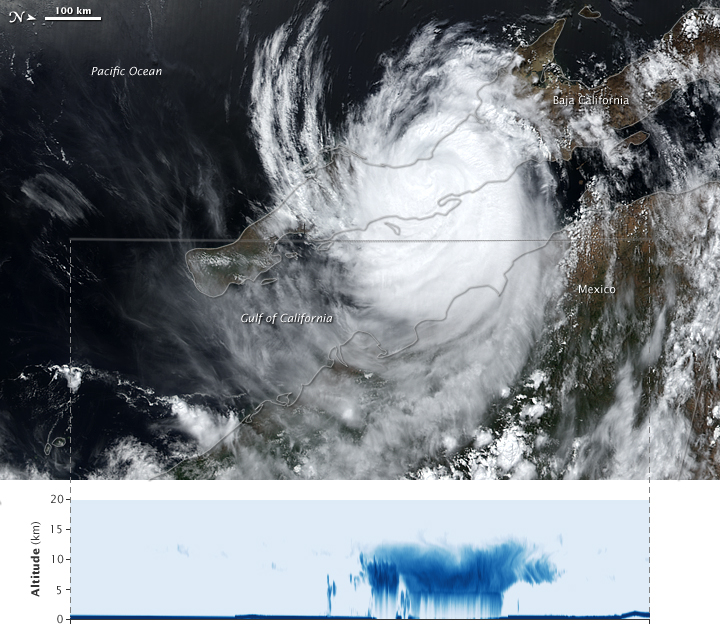 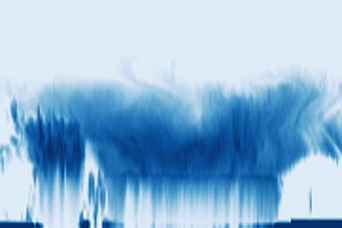 These photo-like and radar images together show the structure of the Category 1 Hurricane Jimena shortly after it make landfall over Baja California on September 2, 2009.