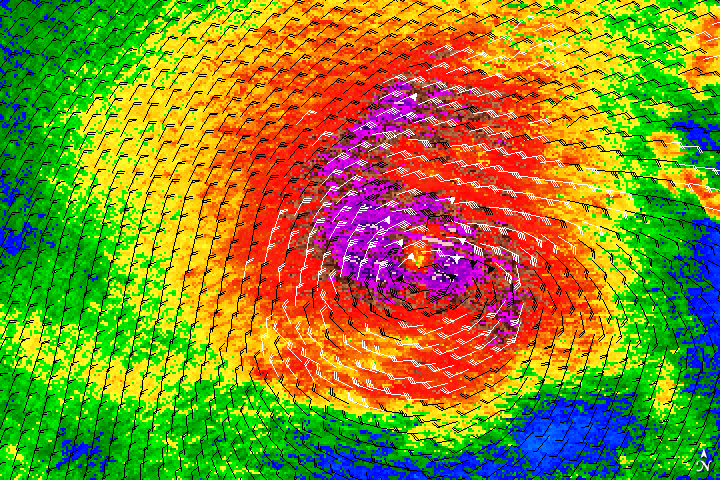 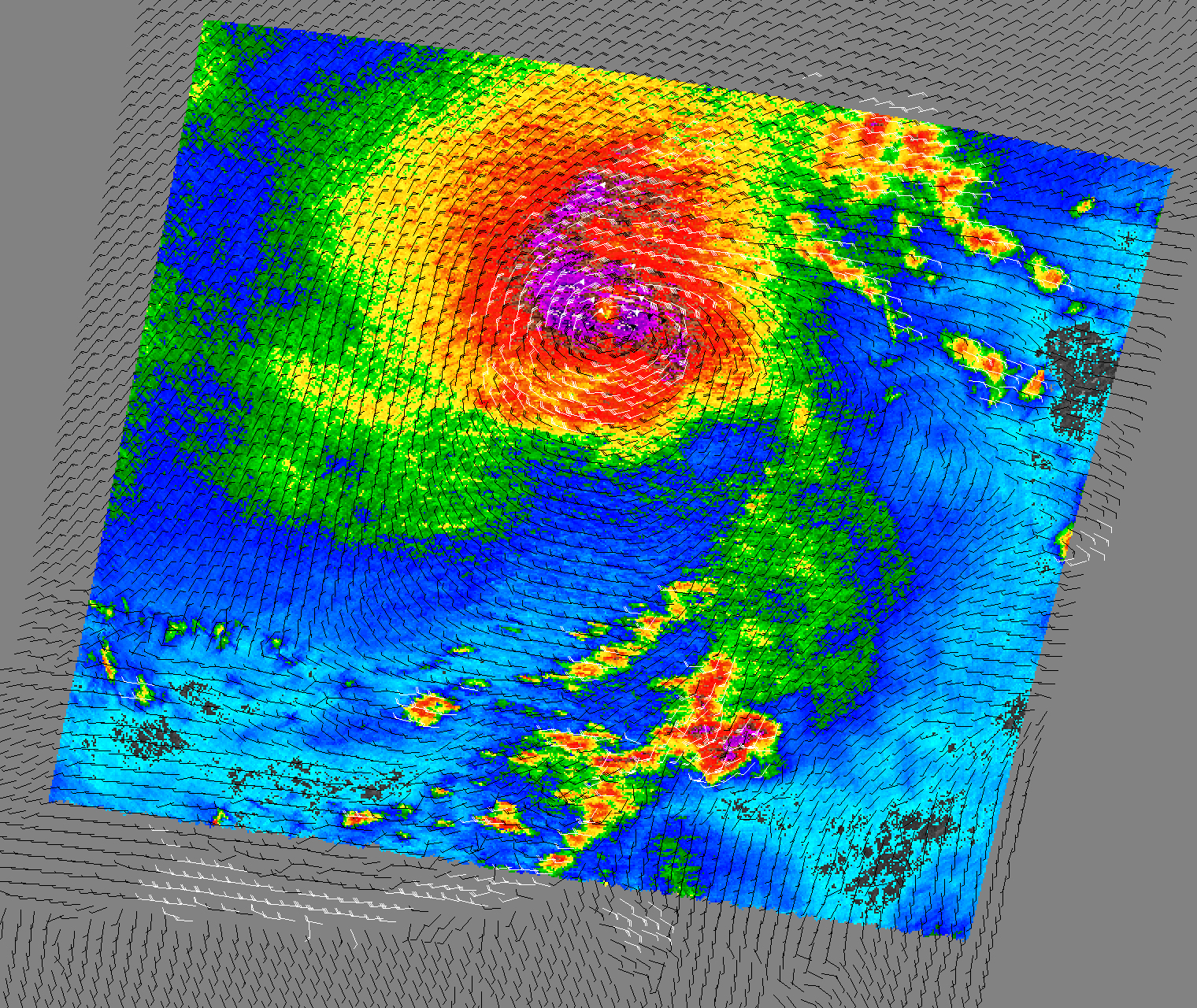 Tropical Storm Linda swirled over the Pacific on September 10, 2009. NASA’s QuikSCAT satellite observed the storm’s wind speeds the same day. This image indicates wind speed with color, charcoal gray being the lowest and purple being the highest, with intermediate speeds in yellow and orange. Barbs indicate wind direction, and white barbs indicate areas of heavy rain. Like most storms, Tropical Storm Linda has the greatest wind speeds near the core.

According to a report from the U.S. National Hurricane Center issued at 2:00 a.m. Pacific Daylight Time on September 11, 2009, Tropical Storm Linda was roughly 2,185 kilometers (1,360 miles) west of Baja California, and was weakening as it passed over colder waters. The storm’s maximum sustained winds had decreased to 85 kilometers (50 miles) per hour. The storm was expected to proceed slowly toward the northwest, continuing to weaken over the next 48 hours.