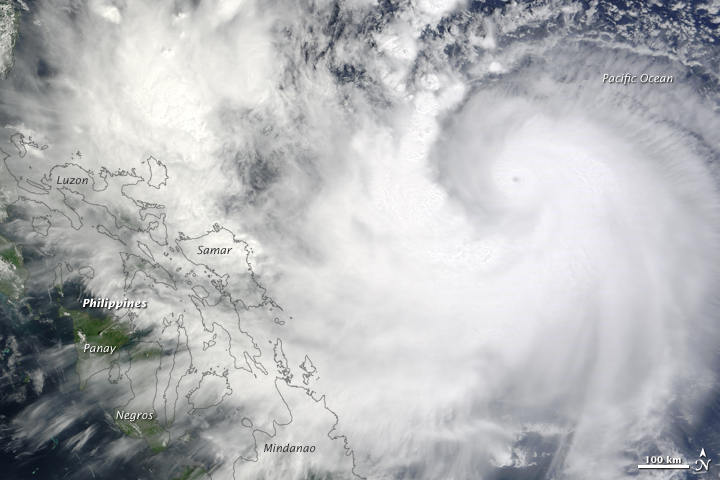 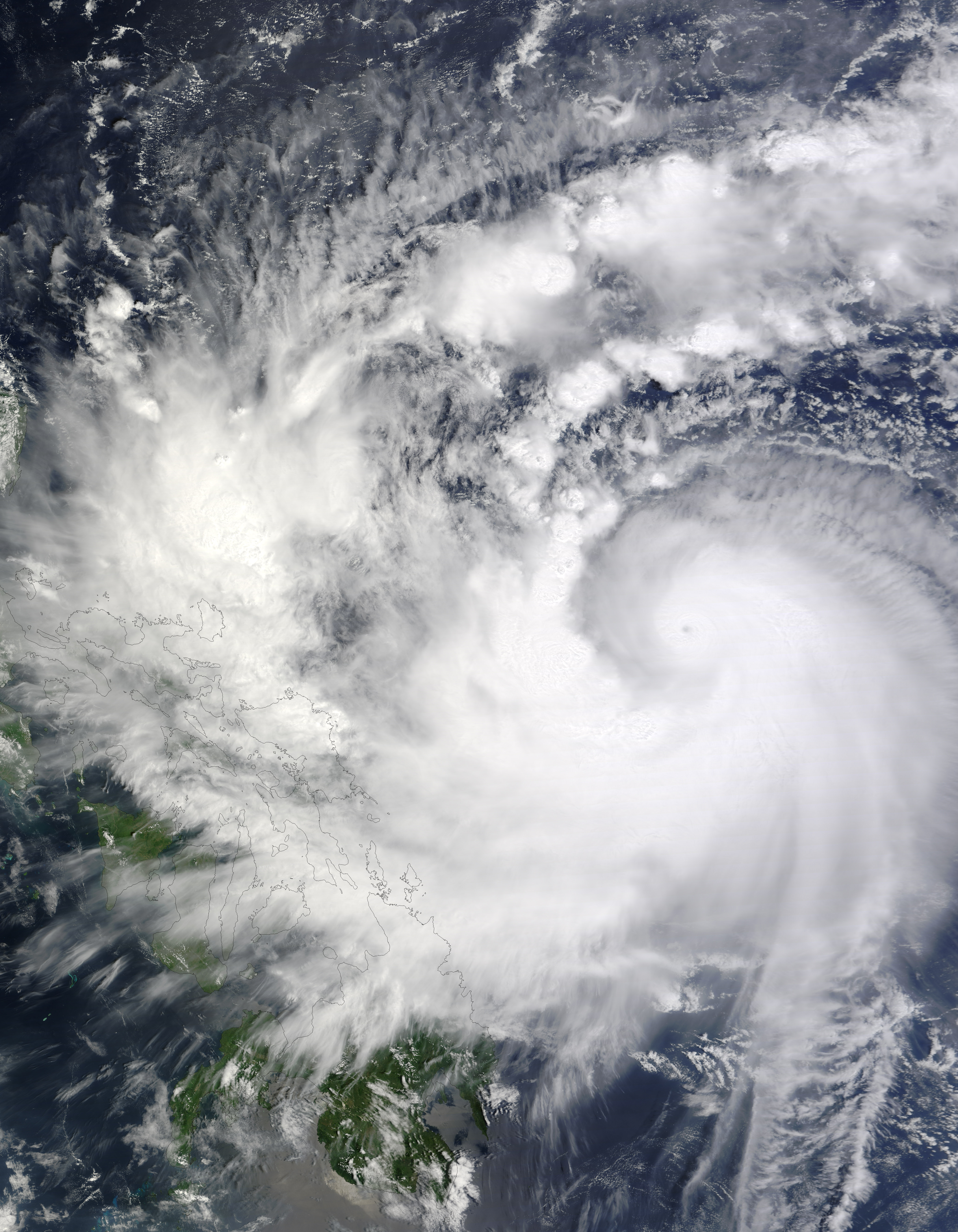 Acquired October 1, 2009, this true-color image shows Typhoon Parma headed westward over the Pacific Ocean. Outlined in black in the left half of the image are parts of the Philippines.